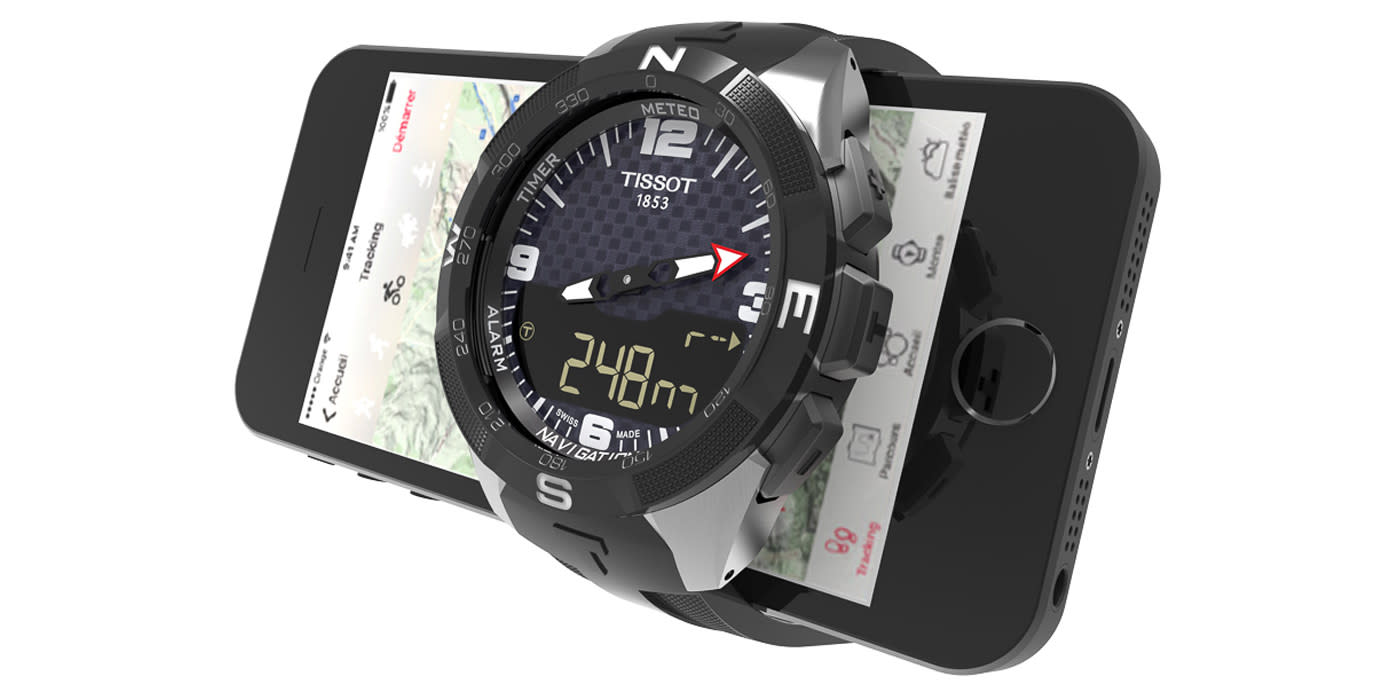 Swatch technically released smartwatches last year in the form of the Bellamy and Touch Zero One, but their narrow focuses (payments and volleyball) made them niche tools that you're unlikely to buy. Flash forward to 2016, however, and it's a different story: Swatch has introduced the Tissot Smart-Touch, its first broader-purpose smartwatch. It's not a full-on computing device like TAG Heuer's offering, but it's still useful when you're out and about. You can pair it with your phone to navigate using the watch hands and screen, including devices you've tagged with a special fob. Also, there's a solar-powered weather station that delivers local conditions to the Smart-Touch's display.

You'll also get an altimeter and modern conveniences like automatic time updates. The battery should last up to a year on a charge, too, and you can recharge it using solar power. Tissot is asking around $1,100 to $1,200 -- not a trivial sum, but the company notes that the Smart-Touch should still be useful as a watch well after the phone integration stops working.

The launch isn't a total surprise: Swatch already said that its smartwatch plans would be modest, and it's just following through on its promise. However, the question is whether or not the brand will continue on that path. After all, both traditional and upstart Swiss watchmakers are putting their names on more advanced devices. While Swatch doesn't have grand expectations (it plans to sell just 20,000 to 40,000 Smart-Touch units in the device's first year), there is the risk that it'll seem behind the times if its peers embrace smartwatches in a big way.

In this article: baselworld, gear, smart-touch, smartwatch, swatch, tissot, watch, wearable, wearables
All products recommended by Engadget are selected by our editorial team, independent of our parent company. Some of our stories include affiliate links. If you buy something through one of these links, we may earn an affiliate commission.