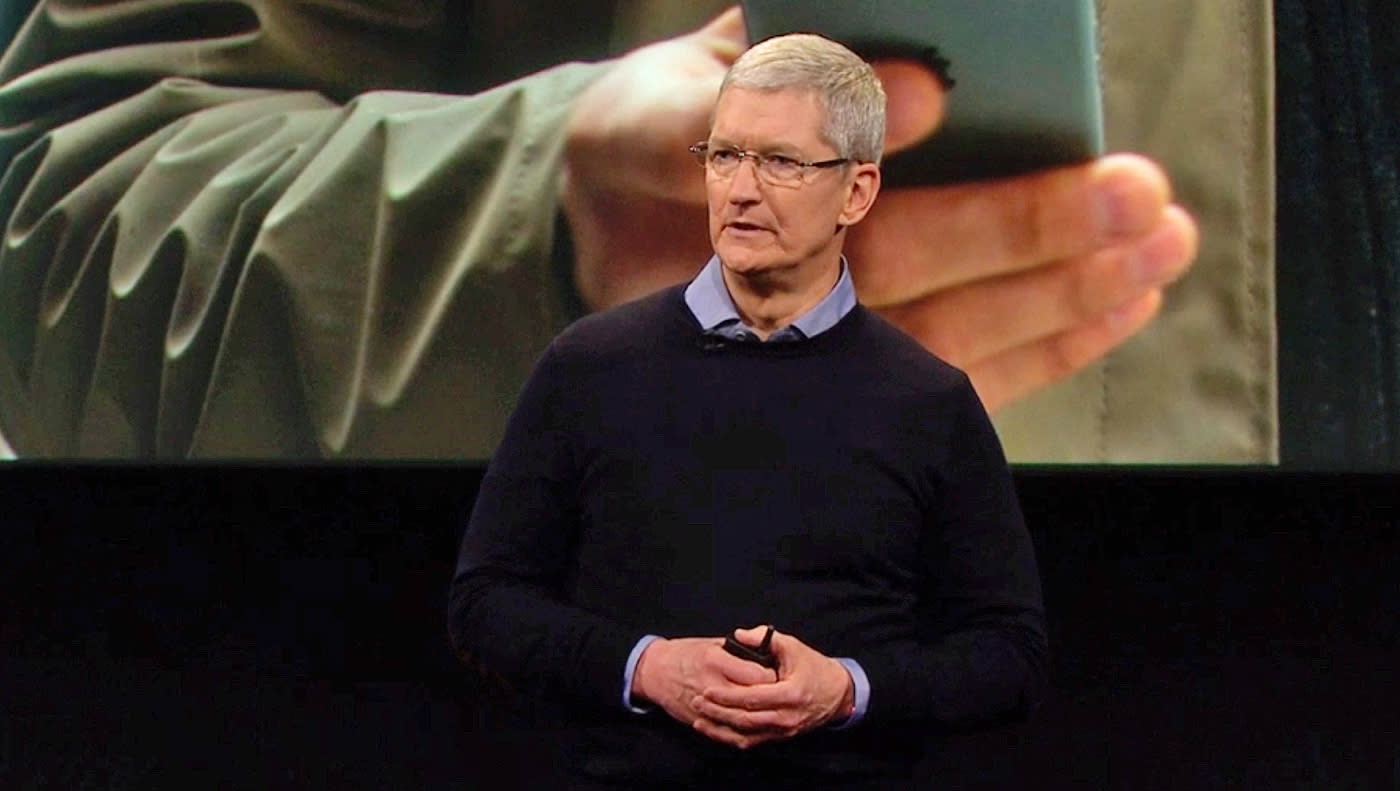 "We will not shrink from this responsibility."

That's how Apple CEO Tim Cook started today's live "Loop You In" event, with a message about privacy, security and encryption. Cook said that Apple has a responsibility to protect its customers' data, noting that many people view their mobile devices as extensions of themselves.

His words were aimed at the Federal Bureau of Investigation. Apple has consistently and publicly refused the FBI's order to unlock the iPhone 5c used by one of the shooters in last December's San Bernardino terrorist attack. The FBI and Apple are locked in a legal battle over the issue.

"We built the iPhone for you, our customers," Cook said today. "And we know it is a deeply personal device. ... We need to decide, as a nation, how much power the government should have over our data and over our privacy."

Cook said that Apple owes it to the United States itself to protect citizens' data. This builds on previous arguments Cook has made against the FBI's demands: He's previously called the order to unlock the iPhone 5c "unconstitutional" and "bad for America."

On the flip side, the Department of Justice has called Apple's rhetoric in this case "corrosive."

In this article: apple, culture, fbi, iPhone2016, lawsuit, mobile, politics, SanBernardino, security, TimCook
All products recommended by Engadget are selected by our editorial team, independent of our parent company. Some of our stories include affiliate links. If you buy something through one of these links, we may earn an affiliate commission.