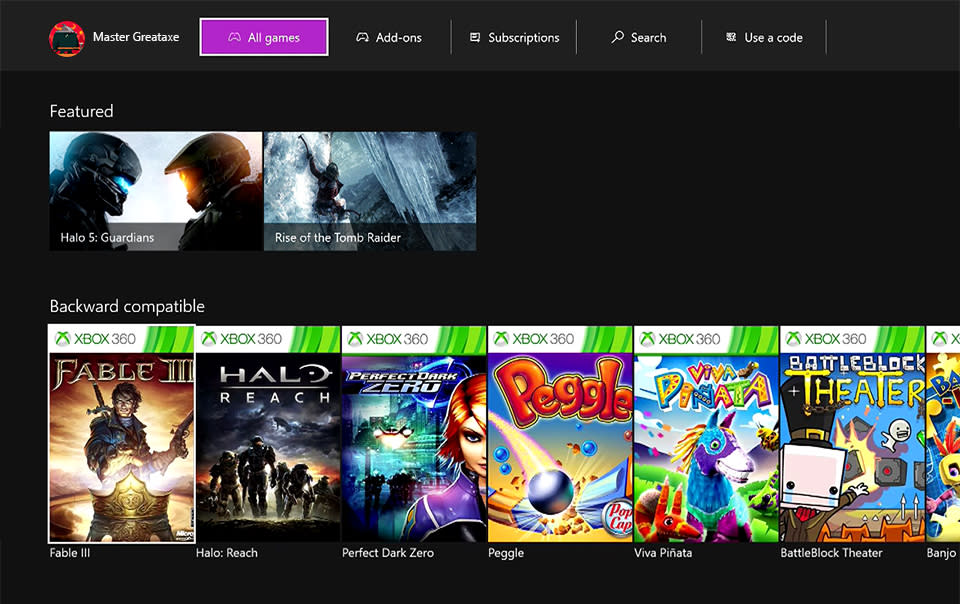 Yes, the Xbox 360 is officially old-school. Today's Xbox One system update adds direct access to Xbox 360 games, making it easier to actually use the console's backward compatibility function. Before the update, it was unnecessarily difficult to locate and download Xbox 360 titles, but now they'll be available on the console just like current-generation games.

The update also brings Party Chat to Xbox One Twitch broadcasts, and it allows players to output Party Chat audio to speakers and a headset simultaneously. Party Chat supports up to 16 people now, so find some new friends stat. Game DVR gets an update, too, now allowing players to select recording lengths from 15 seconds to 5 minutes. We broke down the new features in our preview post at the beginning of the month.

On top of the previewed features, today's update also improves the precision of the thumbsticks on the Xbox Elite controller, particularly as they're moved diagonally.

In this article: av, FirmwareUpdate, gaming, microsoft, personal computing, personalcomputing, SystemUpdate, update, xbox, XboxOne
All products recommended by Engadget are selected by our editorial team, independent of our parent company. Some of our stories include affiliate links. If you buy something through one of these links, we may earn an affiliate commission.