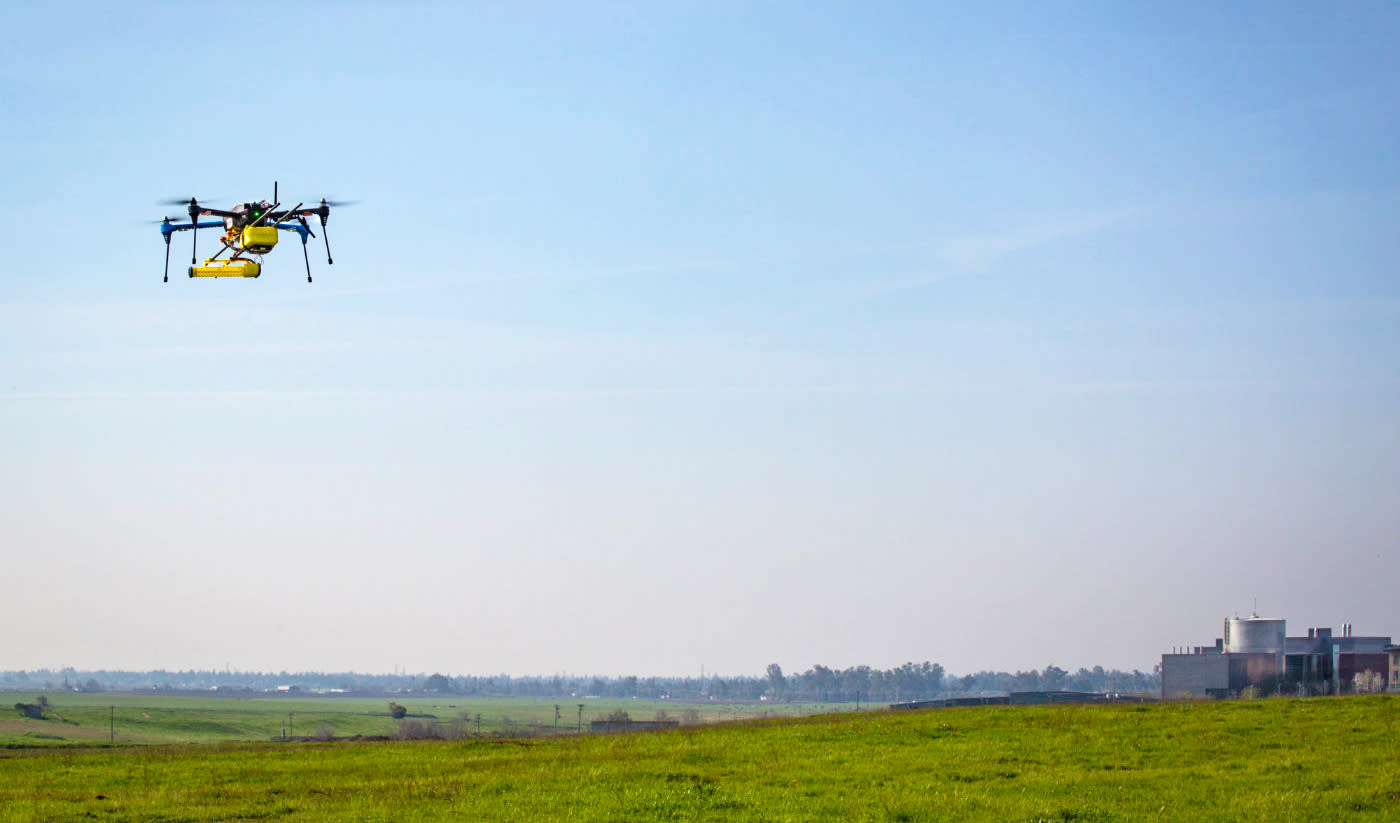 Just as new military technologies often trickle down to civilian uses, a high-tech methane detector originally developed to detect gases on Mars has found a new role here on Earth. NASA's Jet Propulsion Lab built the the Open Path Laser Spectrometer (OPLS) and have affixed it to a standard quadcopter. And given that greenhouse gas emissions are currently at a 30-year high, according to the UN, this pipeline inspector can't come soon enough.

A team of JPL researchers teamed with UC Merced's Mechatronics, Embedded Systems and Automation (MESA) Lab performed initial flight tests of the airborne, gas-sniffing system in late February. These tests involved flying the sensor rig past methane-filled containers at specific distances to gauge the device's accuracy. However, even from the sky, NASA found its methane meter to be more accurate than the current generation of handheld (or wearable) meters employed by industry inspectors.

"These tests mark the latest chapter in the development of what we believe will eventually be a universal methane monitoring system for detecting fugitive natural-gas emissions and contributing to studies of climate change," Lance Christensen, OPLS principal investigator at JPL, said in a statement.

Should the system get the go ahead from regulators, it could significantly reduce the amount of effort needed to inspect America's 300,000-odd miles of natural gas pipelines, not to mention cattle and hog farms, wastewater treatment facilities and other greenhouse gas hotspots.

In this article: climatechange, gadgetry, gadgets, greenhousegas, JPL, methane, NASA, quadcopter, science, uav, UCMerced
All products recommended by Engadget are selected by our editorial team, independent of our parent company. Some of our stories include affiliate links. If you buy something through one of these links, we may earn an affiliate commission.