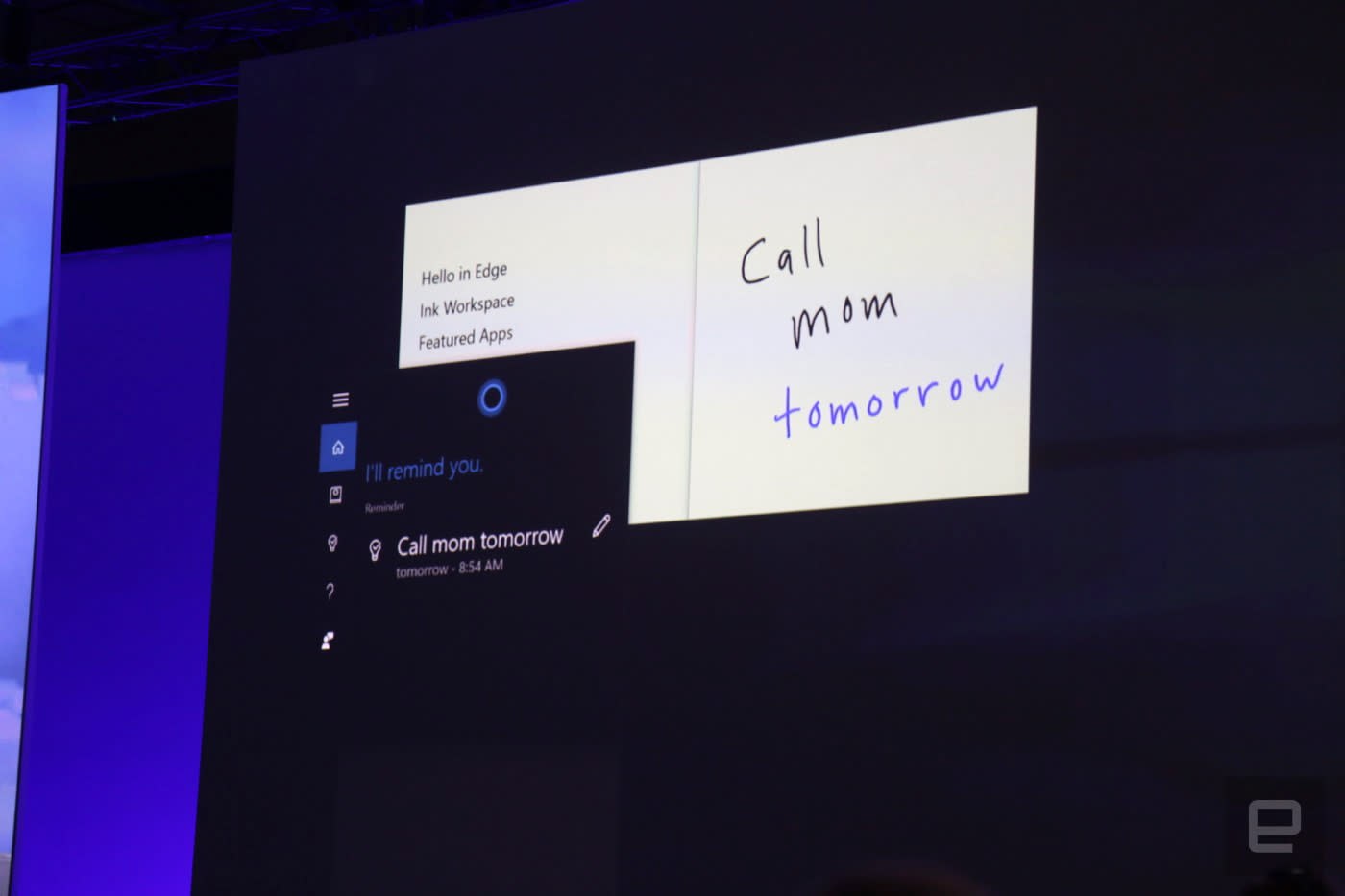 Just because Microsoft is less focused on monolithic Windows releases doesn't mean it's forgetting to deliver big upgrades. The company has used Build 2016 to announce a so-called Anniversary Update for Windows 10 that delivers some hefty improvements. For one, it brings Windows Hello's biometric authentication to all kinds of apps, including the Edge browser: You can sign into a website with your fingerprint. Pen support also gets its due with a sticky note app, a sketchpad and virtual drawing tools like a ruler and a stencil. The upgrade brings more advanced gestures and pen input, a Linux command-line shell, smarter Cortana commands (such as sending files to colleagues) and unification between the Windows 10 and Xbox One app stores. The Anniversary Update arrives this summer, so it shouldn't be too long before you can give its features a try.

Free for everyone running #Windows10: the Anniversary Update arrives this summer. #Build2016 pic.twitter.com/pTbtutRNvy

In this article: anniversaryupdate, build2016, gear, hello, microsoft, pen, personal computing, personalcomputing, software, stylus, windows, windows10, windowshello
All products recommended by Engadget are selected by our editorial team, independent of our parent company. Some of our stories include affiliate links. If you buy something through one of these links, we may earn an affiliate commission.