Mini review video: Our verdict on the Oculus Rift in a minute

Imperfect, but worth it.

We're only three months into 2016, but it's already safe to say that the Oculus Rift will have been one of the most hotly anticipated products of the year. The virtual reality headset, which began shipping a week ago, debuted to mostly positive reviews this week, including on Engadget. Our own Devindra Hardawar concluded that the headset is immersive, comfortable to wear, and boasts an impressive catalog of games and apps, even at launch.

As a first-generation product, though, it's not without its flaws. At $599 for the headset alone it's pricey, and it requires a powerful PC that's probably expensive in its own right. Motion sickness will also be an issue for some, and the device can be cumbersome to take and off if you wear glasses. That said, despite these growing pains -- and the considerable expense -- it's worth it if you want an early taste of the future. 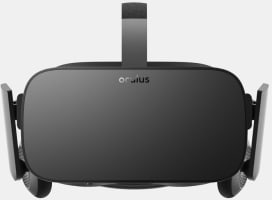