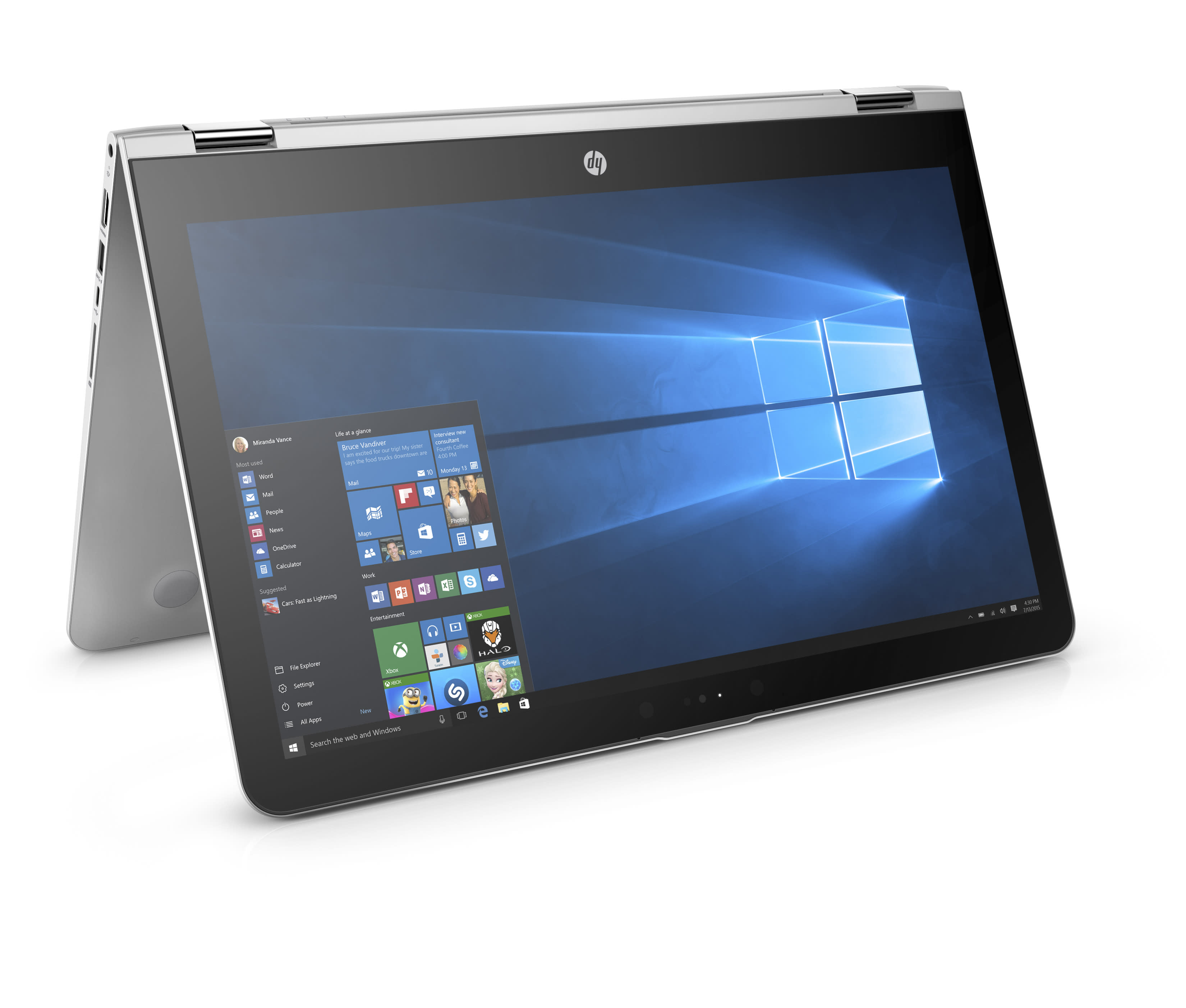 No, these aren't as flashy as that jewelry-inspired "world's thinnest" laptop that HP just unveiled, but hey: Regular people on regular budgets need new PCs too. The updated Envy and Envy x360 are heavier than the skinny new Spectre 13.3, but they also offer more horsepower (not to mention a fuller selection of ports) at more affordable starting prices. Before we get into what makes each model unique, the mid-range Envys are all thinner and/or lighter than their predecessors, with USB Type-C ports now a standard feature. Otherwise, the aluminum builds and island-style, metal keys should look similar to some older HP laptops.

All told, the lineup includes one convertible, the 15.6-inch Envy x360, and two clamshell notebooks, the Envy 15.6 and Envy 17.3. Starting with the 2-in-1, it has the same rotating hinge you'll find on HP's other x360 laptops, except this one is said to be 21 percent thinner than the last-gen model, at 18.8mm thick and 4.5 pounds. Under the hood, it runs a sixth-generation Intel Core i5 or i7 CPU with optional Intel Iris graphics, or a quad-core AMD FX 9800P processor with Radeon R7 graphics. Battery life is rated at up to 11 hours, up from eight in the previous generation. It will also be available with up to 16GB of RAM and single- and dual-disk options, including up to 2TB of HDD storage and up to a 256GB PCIe SSD. Weirdly, though, a 1080p display is an up-sell here, not the standard. Come on, HP.

The clamshell offerings have a similar design (minus the flexible hinge) and both are thinner than the models they're replacing. The 15-inch model in particular is 17.95mm (0.7 inches) thick and 4.4 pounds (half a pound lighter than last time), while the 17-incher comes in at 6.6 pounds and 25.45mm (about an inch) thick. Additionally, both have optional support for Windows Hello facial recognition, and both make use of HP's Fast Charge technology, which restores the battery to 90 percent in 90 minutes, with the machine powered off.

Those are the similarities. There are also a few differences, aside from screen size. While the 15-inch version maxes out with optional Intel Iris graphics, the larger model will be offered with a discrete NVIDIA GeForce 940MX GPU. And though both will be available with up to a 1TB HDD, the 15-incher will only go up to 256GB of solid-state storage, compared with 512GB on the bigger version. Oh, and the larger edition has room for an optional disk drive, if you still need one of those.

In this article: Envy15, envy17, gadgetry, gadgets, gear, hp, hpenvy, laptop, laptops, personal computing, personalcomputing
All products recommended by Engadget are selected by our editorial team, independent of our parent company. Some of our stories include affiliate links. If you buy something through one of these links, we may earn an affiliate commission.