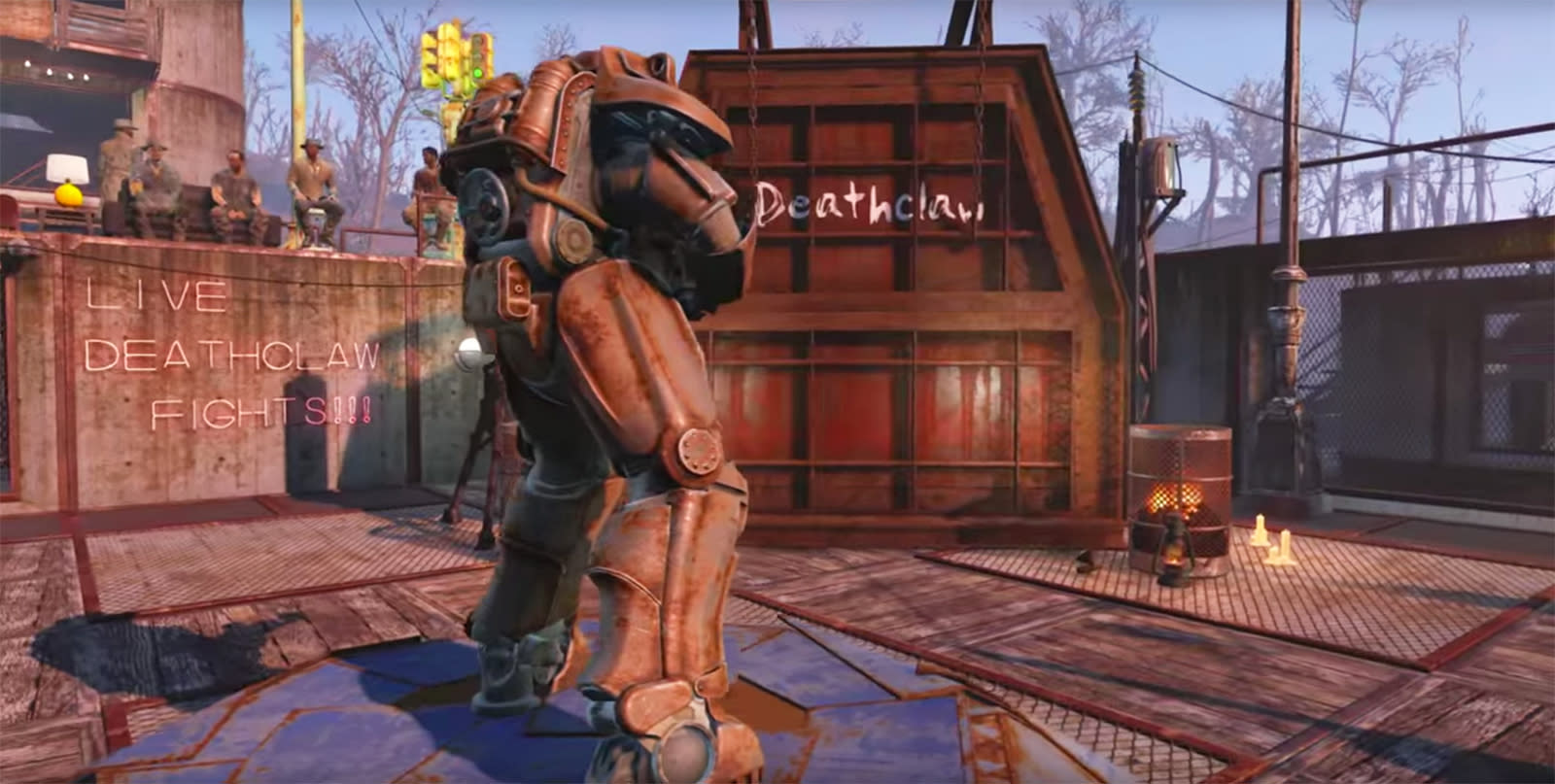 Fallout 4's second DLC pack, "Wasteland Workshop", is scheduled for release next Tuesday, April 12th. Today, however, Bethesda dropped this wicked cool preview of what's in store for players. Wasteland Workshop will enable you to further upgrade your homebase with more elaborate decor like Nixie lights, letter kits and a taxidermy station but that's beside the point. The new DLC is primarily focused on a wholly new gameplay mechanicism: the ability to capture and tame beasts from across the Wasteland.

Players will be able to construct and set traps for all sorts of creatures -- everything from Mirelurks to Deathclaws -- then, once captured, transport them back to their settlement and tame the creatures. Or, less scrupulous players can skip the hassle of taming and simply set their captives against one another -- or human settlers -- in no-holds-barred deathmatches.

This is the second of three DLC packs being released for Fallout 4 this year. The first, "Automatron", is already live while the third DLC, the massive "Far Harbor" add-on, will be available some time in May.

In this article: av, bethesda, Bethesda-Game-Studios, deathmatch, Fallout 4, fallout4, Far Harbor, gaming, Wasteland
All products recommended by Engadget are selected by our editorial team, independent of our parent company. Some of our stories include affiliate links. If you buy something through one of these links, we may earn an affiliate commission.