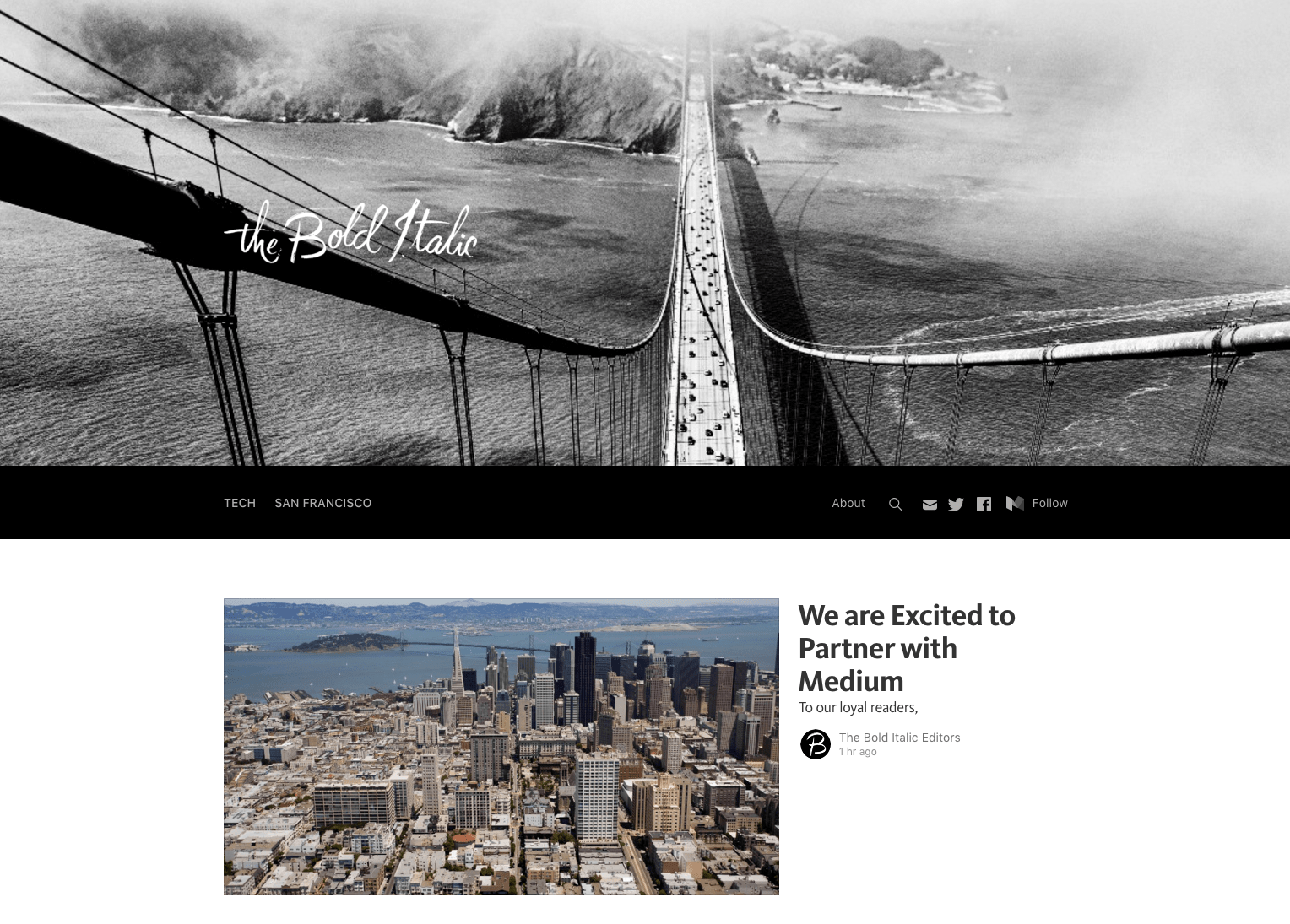 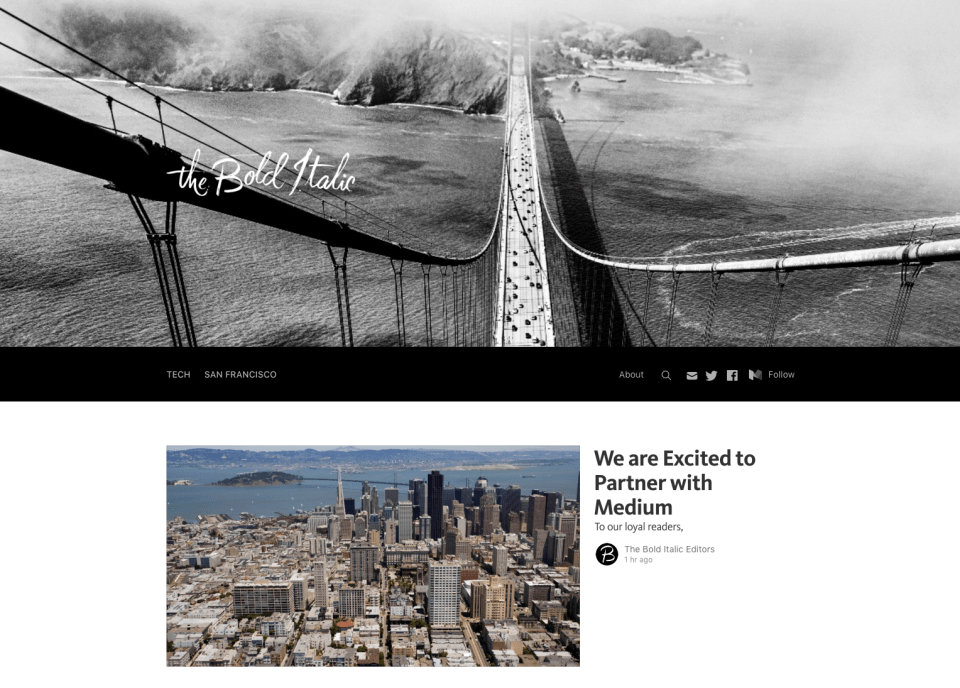 Medium started as a no-fuss blogging site for passionate writers seeking good design and a larger audience. Over the last three years, however, the platform has slowly expanded and become a home for larger publications too -- both established brands and smaller ones conceived by Medium. Today, the company has announced that a whole slew of small but influential websites are migrating to its platform. These include The Awl, Pacific Standard, Femsplain, The Banana Boat, NewCo Shift and The Bold Italic. Time Inc's Money and Fortune magazines will soon follow.

At the same time, Medium is launching a bundle of new features called "Medium for Publishers," aimed at smaller outlets that are considering a similar switch. These include the ability to edit a blog's color, layout and navigation, offering a small but significant level of customisation. The package also offers tools for content migration, meaning sites can move over and easily keep their old news stories and features. "Of course, we preserve timestamps and links," the company writes in a blog post.

More importantly, Medium is starting to tinker with monetisation. Publishers that deliver exceptional work will be eligible for "Promoted Stories", which are sponsored by brands such as Bose, Nest, SoFi, Intel and Volpi Foods. It's not clear how much money will be changing hands -- Medium says it's a "first step" that will be expanded over time. A "limited" number of publications will also have the option to offer their readers a subscription. Medium is calling these "Memberships," which unlock specific articles and other related "perks." Serious Eats, True Magazine and Great Jones Street are among the first to gain access to the feature.

Medium is targeting smaller publications that want to focus on producing good journalism, rather than maintaining their own site. The company offers its own CMS, for instance, as well as native mobile apps and a modern commenting system. The biggest question mark remains around funding, however. With a custom site, newsrooms have ultimate control and better advertising options. Medium now needs to prove that newspapers and online magazines can be sustained on its platform, either through ads or subscriptions. If it can, more and potentially larger companies will start considering whether they should switch across too.

In this article: blogging, gear, internet, journalism, medium, publishing, theawl
All products recommended by Engadget are selected by our editorial team, independent of our parent company. Some of our stories include affiliate links. If you buy something through one of these links, we may earn an affiliate commission.