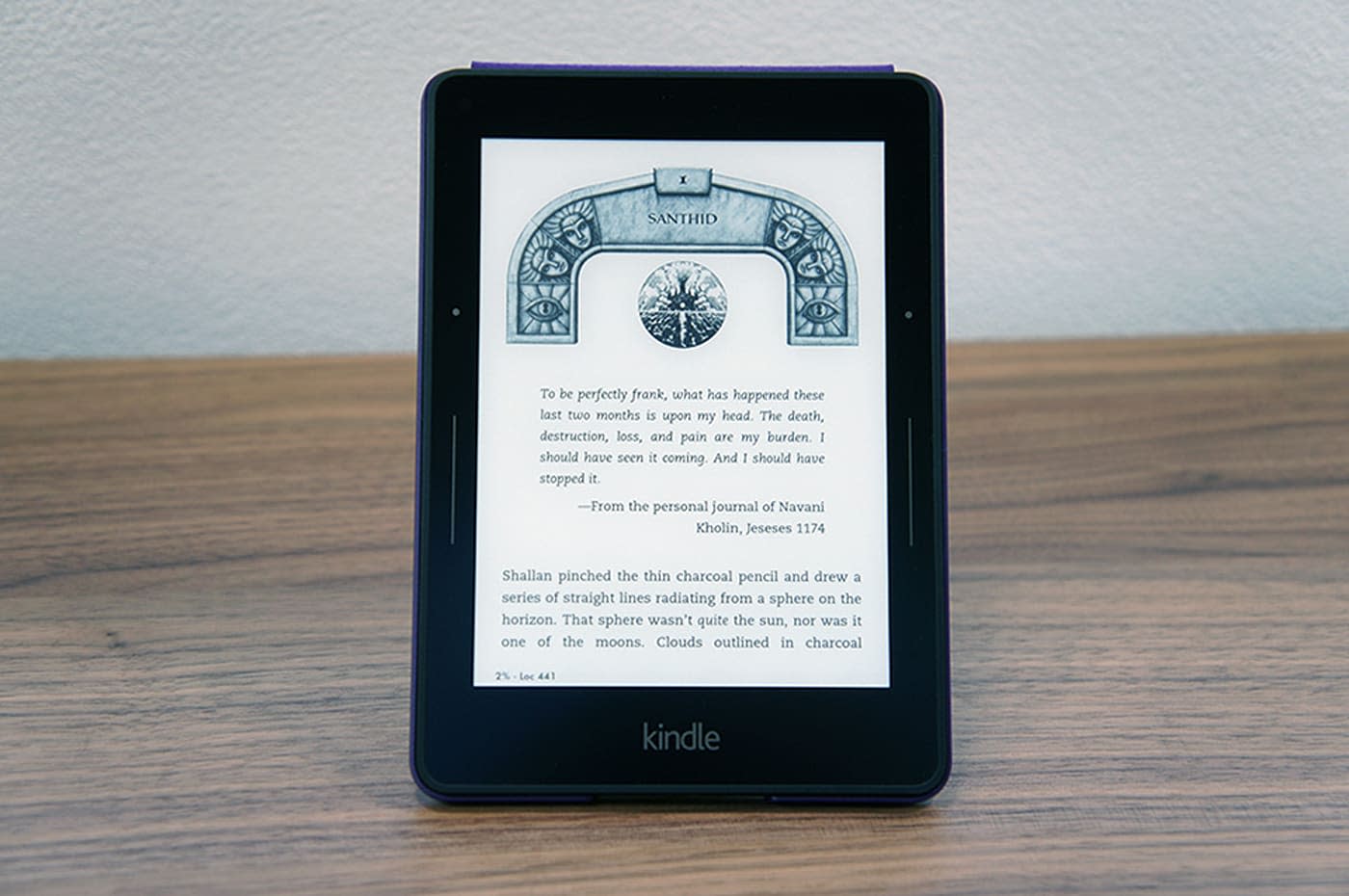 Amazon Kindles can already last for weeks on a single charge, but the upcoming "top-of-the-line" model could last even longer than that. According to The Wall Street Journal, it will come with a rechargeable protective casing for extra juice. The publication says this case allows it to be slimmer than its predecessors, which could mean that the device alone will have a battery life shorter or similar to older models. Amazon is reportedly working on a solar-powered casing, as well, though that one won't be ready in time for the new e-reader's launch next week.

Apparently, the tech behemoth has been having a hard time selling its newer Kindles, since the devices are pretty durable. People won't buy a new model that's not markedly different from their own if their device is still working perfectly, after all. Amazon is likely hoping that bundling its next e-reader with a rechargeable case will help compel potential buyers to take the plunge.

The upcoming Kindle and its protective casing were designed by the engineers at the tech behemoth's not-so-secret hardware facility, Lab 126. They gave them the codenames "Whiskey" and "Soda" and have taken to calling the solar casing "Sunkiss." Amazon formed Lab 126 years ago to conjure up the first version of its e-reader. It has developed a wide array of products since then, including the Echo speakers, the Fire phone, tablet and TV, as well as the company's quirky Dash buttons.

In this article: amazon, amazondash, amazonecho, amazonlab126, dashbutton, echo, gadgetry, gadgets, gear, kindle, kindlevoyage, lab126, rechargeablecase, solarcase, wsj
All products recommended by Engadget are selected by our editorial team, independent of our parent company. Some of our stories include affiliate links. If you buy something through one of these links, we may earn an affiliate commission.