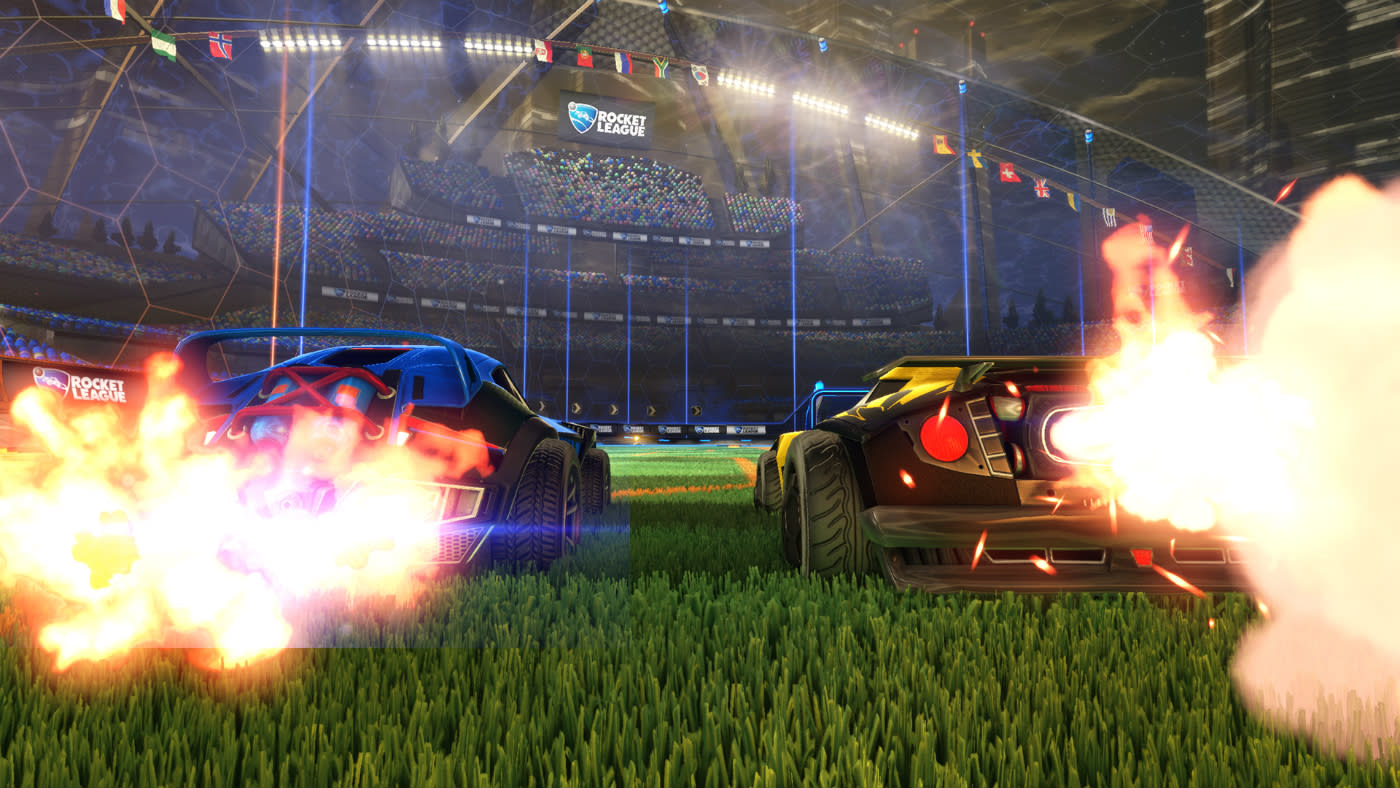 The physical edition of the ball-bashing, car-crashing game Rocket League rolls into US stores on July 5th, though the lucky folks in Europe, the Middle East and Africa get it on June 24th. The game comes with four new vehicles plus the three existing DLC packs, Supersonic Fury, Revenge of the Battle-Cars and Chaos Run. We first heard about the Rocket League boxed version back in February.

Rocket League is a beautiful blend of soccer and derby cars that debuted on PlayStation 4 and PC in 2015; it hit the Xbox One in February. Psyonix, the developer of Rocket League, recently revealed that the game could easily take advantage of PS4-Xbox One cross-play, though that functionality remains a pipe dream for now. The game recently picked up an award for Best Design at the 2016 Game Developers Choice Awards.

If you haven't played Rocket League yet, this summer is a chance to treat yourself while displaying some indie love on your gaming shelf.

In this article: 505Games, av, gaming, personal computing, personalcomputing, physical, psyonix, rocketleague
All products recommended by Engadget are selected by our editorial team, independent of our parent company. Some of our stories include affiliate links. If you buy something through one of these links, we may earn an affiliate commission.