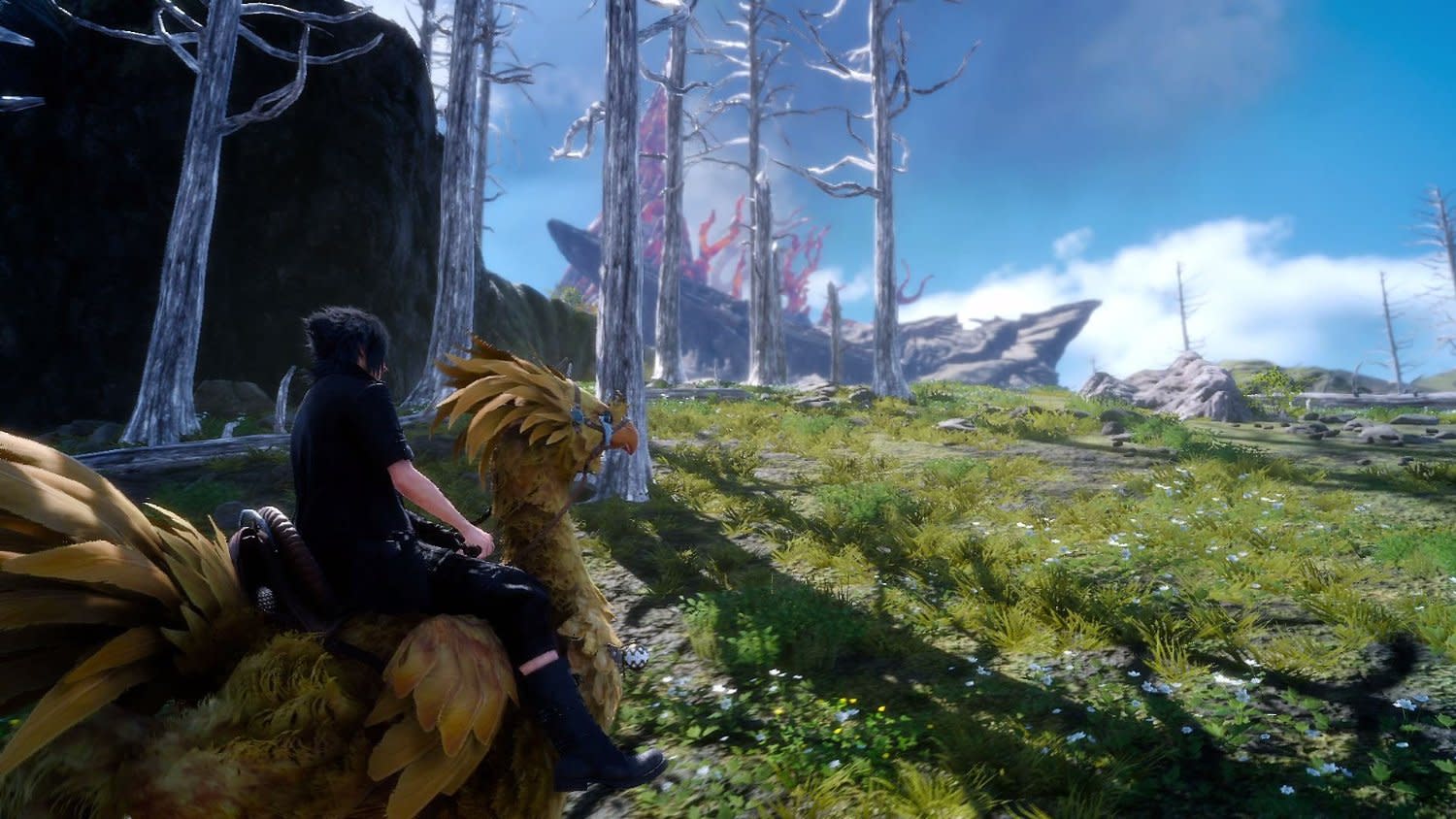 Final Fantasy XV has to be perfect. After a decade of development hell, a name change from Versus XIII to XV, a complete mechanical overhaul and a director swap, die-hard series fans aren't just hungry for the game; they're reeling.

Many players who were excited about Final Fantasy Versus XIII as teenagers remain interested in Final Fantasy XV as adults. After all, the Final Fantasy series debuted in 1987 and played a pivotal role in plenty of fans' young lives. But as the years have dragged on, a ripple of discontent has nudged against this fierce loyalty. In the decade of delays, some longtime players have simply declared the franchise dead.

Director Hajime Tabata is aware that some people consider Final Fantasy to be "over the hill." That's one reason he's so focused on attracting new players with FFXV when it finally hits PlayStation 4 and Xbox One on Sept. 30th. Tabata even once considered getting rid of the numeral part of the title entirely, fearing it might scare off fresh faces.

"For XV, I sort of changed my mindset to make our aim of getting new players, and growing this global brand and appealing to sort of the mass-market new users," Tabata says. Tabata doesn't want to alienate old fans, but he knows that new people need to dive into FFXV for the franchise to continue growing. It's a tricky balance. He's taking cues on how to market FFXV from Western developers, specifically The Witcher studio CD Projekt Red and Fallout house Bethesda. He's looked at the size of the audiences they target, how they create their advertising campaigns and how they handle localization.

The Square Enix team working on FFXV, called Business Division 2, is 300 people strong, and some of them are international, meaning they have direct experience in Western markets. Tabata sees this as a positive.

"With XV I think we've really strived to get the point across to especially our traditional, older fans that we are modernizing," Tabata says. "We are taking modern approaches so that they can hold interest in this title."

A-list actors Lena Headey (Game of Thrones), Aaron Paul (Breaking Bad) and Sean Bean (The Lord of the Rings) each have roles in Kingsglaive; Headey and Paul showed up in person to talk about the movie while Bean provided his insight in a recorded segment. FFXV's theme song is a cover of "Stand By Me" by Florence and the Machine, and Square Enix showed off a mini-documentary about its recording, starring lead singer Florence Welch.

The event was an apology and an invitation for long-suffering fans to get excited about FFXV again, all wrapped up in an unprecedented AAA spectacle.

The show's main conceit was a big red button that, once pressed, would finally reveal the game's release date. However, the date had leaked online just hours earlier. That didn't stop the crowd from cheering like mad when "Sept. 30, 2016" finally flashed onstage amid a hail of confetti and music. "Apology accepted," the crowd roared.

Part of this intense fan reaction comes down to the series' roots: It's been around for nearly 30 years on dozens of classic, mobile and modern platforms. Many fans have played the games since childhood, growing up within their dense sci-fi and fantasy worlds. For these players, Final Fantasy is more than a video game series. It's a part of who they are.

That's especially true for 30-year-old Akira Beebee. I found her standing in line right before doors opened for the big event and asked her to explain her lifelong commitment to the franchise.

"I had an illness where I couldn't go outside because I was allergic to the sun; I have phototoxicity," Beebee said. "So, my dad bought me a Nintendo. One of the first games we got was Zelda and the other was Final Fantasy. It really helped me escape my room. Then VI and VII came out and those really helped me to figure out a lot about what it is to be human, and that was really important to me, especially around that age. I was like nine or ten."

A handful of other people in line shared similar stories with me; most of them had been playing Final Fantasy games for more than 10 years. They saw the games as an escape, a way to connect with family and friends or a safe lens through which they could dissect their own maturation.

"Being introduced to it by my older siblings, it was something I grew up with and I admired." --Ernesto Serrano

"I met a lot of great friends that way, My brothers, my sisters, my cousins, even my mom is a huge fan of XII and Rasler. It's a big thing for me and for everybody that I know." --Shemella Humphryes

"That was very important to me during that same level of where I was developing as a person in middle school and high school. ... You don't have to be a stereotype to be a hero." --Gregory Hanson

"The character development is really fantastic, I think. It stands up, it has that charm like when I was a kid watching cartoons and stuff. I grew up playing it." --Travis Dickinson

One fan in line, Melody Asghari, started playing Final Fantasy when she was four. She enjoyed the imagination of the series and the way it toyed with real-life ideas of technology and society.

Asghari wasn't convinced that FFXV was on track to be a good Final Fantasy game -- but she showed up to the event anyway. She was giving the game, and the series, another chance to win her back.

Asghari represents Tabata's hardest market to reach, those fans who think FFXV could be a nail in the franchise's coffin. This may be why he's focusing on attracting new players rather than winning over jaded ones. Part of this strategy relies on the supplemental materials like Brotherhood and Kingsglaive, which are generously peppered with big-name celebrities. "Our real, main goal is to optimize FFXV," Tabata says. "It's not to maximize profit margins and revenue flow from our core fans. It's an honest approach of we want to give our fans various entry ways to enjoy this, and have more people enjoy and experience this game and brand."

FFXV represents a clear shift for the franchise, led by a director with his eyes on the future. It's not just the game that's new; the people making it have a different perspective, too, thanks to Tabata.

"In past games, our staff typically thought that a numbered FF game is a very special game and brand," he said. "And that because they were working on it, they were special themselves. And we got rid of that idea completely with XV. We don't think that way at all."

In this article: av, BusinessDivision2, ffxv, FinalFantasy, FinalFantasyVersusXiii, FinalFantasyXv, gaming, hajimetabata, personal computing, personalcomputing, SquareEnix
All products recommended by Engadget are selected by our editorial team, independent of our parent company. Some of our stories include affiliate links. If you buy something through one of these links, we may earn an affiliate commission.