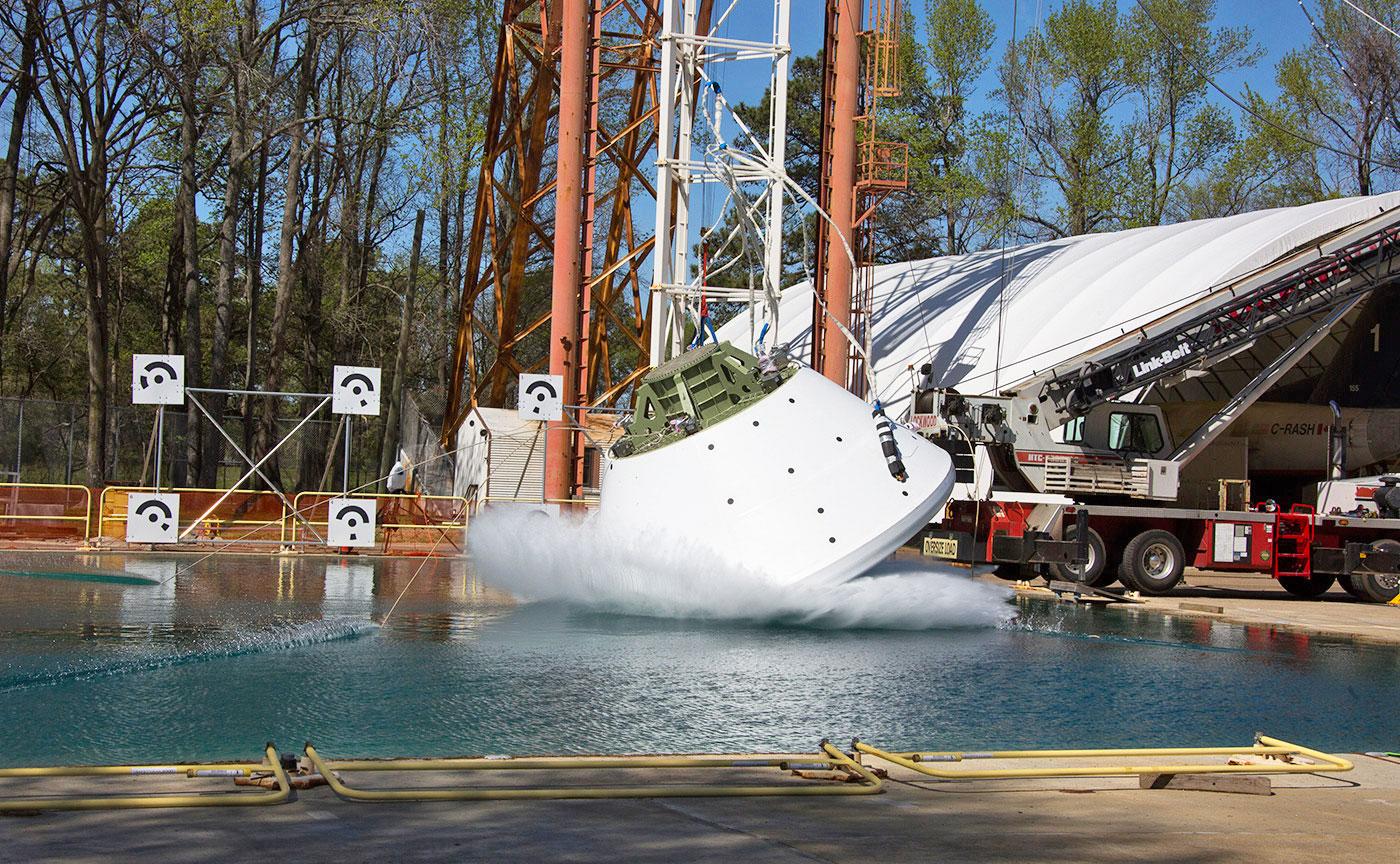 The Orion capsule's first manned mission isn't scheduled to take off until 2023 at the earliest. NASA is already preparing for it, though, and has begun a series of water impact tests using a mockup of the spacecraft with a dummy crew on board. Engineers at the Langley Research Center dropped the mockup in a 20-foot-deep Hydro Impact Basin from 16 feet above the surface for the first test out of nine.

The two dummies inside -- a 105-pound woman and a 220-pound man -- will help them analyze how landing in the Pacific Ocean after coming back home from Mars or another deep space mission affects the human body. They could then make adjustments and take precautions to prevent astronauts from getting injured during landing based on their findings. These nine tests are meant to assess what the capsule could go through on its way down (while attached to a parachute) in different scenarios. That's why NASA plans to simulate different wind conditions and even wave heights in the future.

In this article: deepspacemission, droptest, nasa, orion, science, SLS, space, spacecraft, video
All products recommended by Engadget are selected by our editorial team, independent of our parent company. Some of our stories include affiliate links. If you buy something through one of these links, we may earn an affiliate commission.