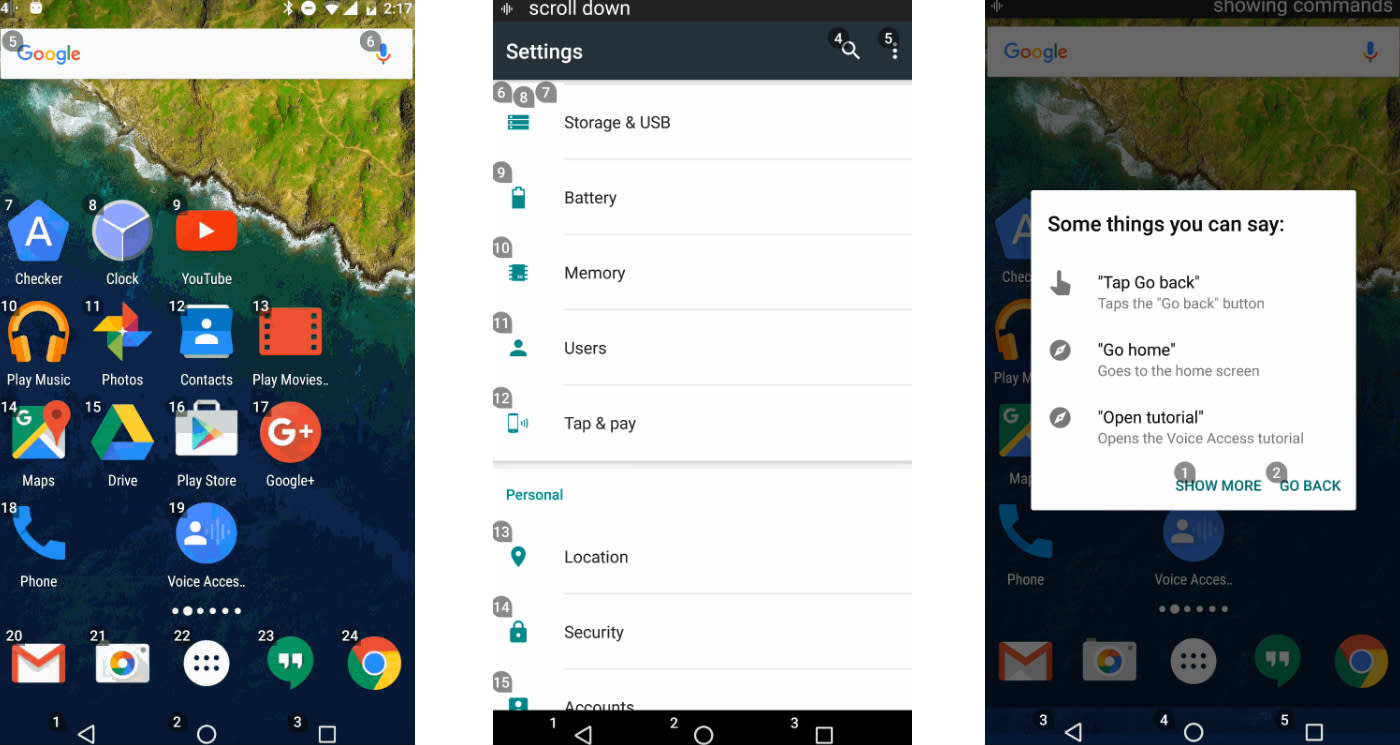 Google quietly rolled out the beta version of its hands-free Voice Access service, allowing some lucky users to control their phones via speech alone. With Voice Access, users can say things like "go home," "scroll down" or "open Chrome" to navigate their pocket computers. Voice Access also allows users to say numbers instead of naming apps, avoiding potential confusion over pronunciation. Applications to test out Voice Access are closed for now, but the beta suggests there will be a public rollout in the near future.

Google mentioned the beta in a blog post about its latest accessibility efforts, and noted that the service is intended for "people who have difficulty manipulating a touch screen due to paralysis, tremor, temporary injury or other reasons." You can also use it to let off some steam by screaming orders at your phone for a while.

In this article: accessibility, design, gear, google, GoogleVoiceAccess, mobile, personal computing, personalcomputing, services, voice, VoiceAccess, VoiceControl
All products recommended by Engadget are selected by our editorial team, independent of our parent company. Some of our stories include affiliate links. If you buy something through one of these links, we may earn an affiliate commission.