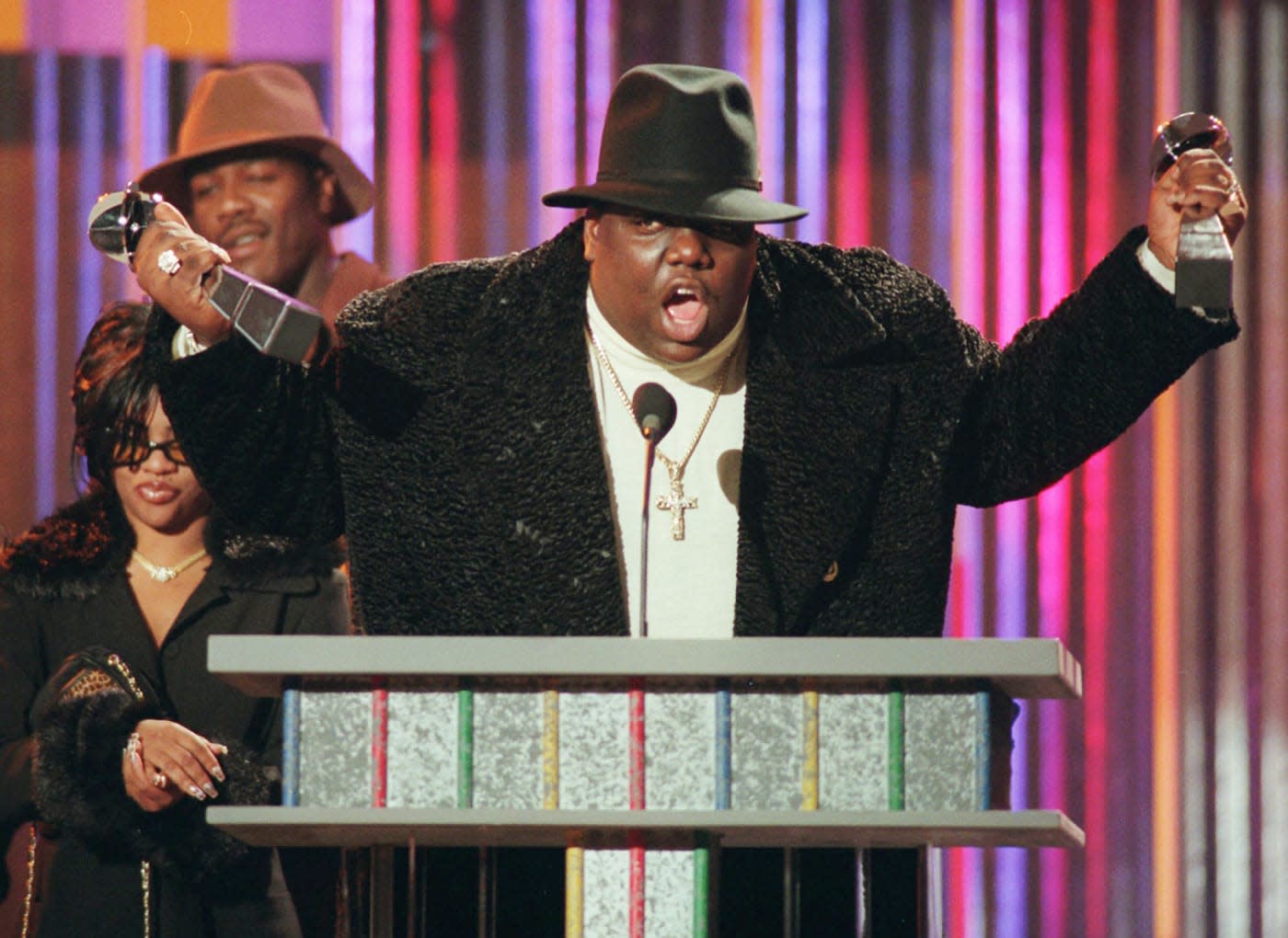 ARHT (Augmented Reality Holographic Technology) Media announced on Monday that it has acquired the digital rights to Biggie Smalls' likeness and will resurrect the famed rapper as a hologram. He (it?) is expected to appear in a new music video before potentially going on tour. "What we're gonna start with is a video with the first single from [Faith Evan's upcoming duets compilation] The King & I then I think Faith wants to do a little tour," ARHT Media founder Rene Bharti told Billboard.

What's more, Holo-Biggie will move and act just like his fleshy predecessor. "We'll use input from virtually anywhere so we'll talk to people, we'll obviously look through existing footage," ARHT CEO Paul Duffy told Billboard. "We'll meet with family members and just look to alternately capture the essence of Biggie. Then we'll have their eyes on all the content and material that's being built. Of course, nothing would be released until they felt comfortable and signed off on it."

B.I.G's resurrection is part of a wider trend in digitizing famous performers. We've already got a veritable menagerie of holographic dead celebrities including Whitney Houston, Billie Holiday, Michael Jackson, Andy Kaufman and Redd Foxx -- even Mariah Carey and Chief Keef (despite not being dead yet); or Hatsune Miku (despite not being alive in the first place) have been digitized.

In this article: Andy Kaufman, av, BiggieSmalls, Billboard, Billie Holiday, celebrities, entertainment, gear, hologram, holograms, Mariah Carey, Michael Jackson, Redd Foxx, The King and I, The Notorious B.I.G., timeline16holostar, Whitney Houston
All products recommended by Engadget are selected by our editorial team, independent of our parent company. Some of our stories include affiliate links. If you buy something through one of these links, we may earn an affiliate commission.