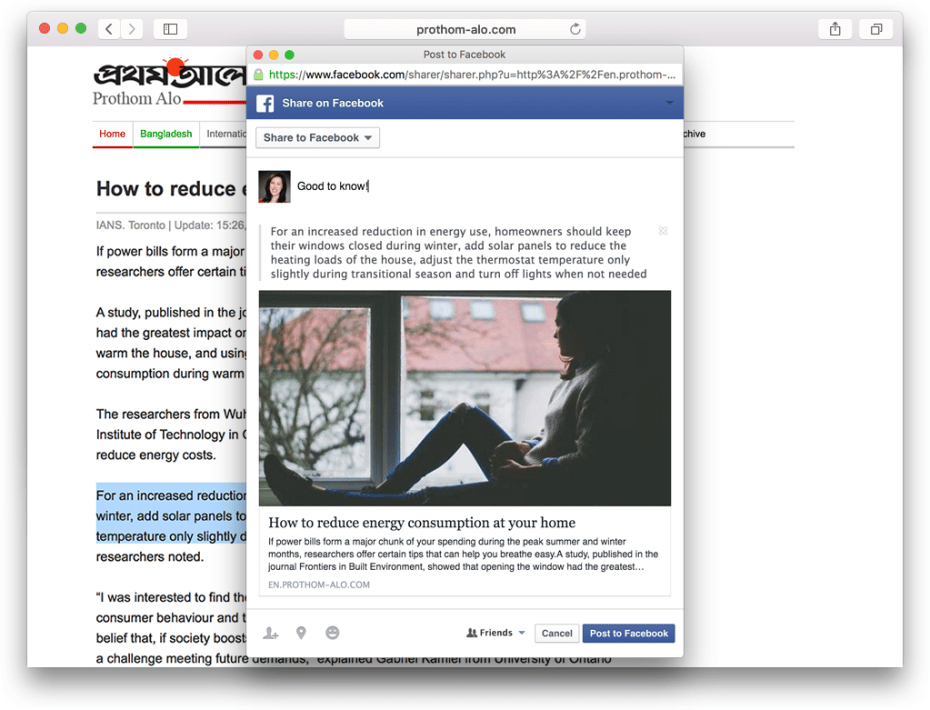 Facebook is continually looking for ways to help you share more stuff. Today, the social network announced a tool for developers that will help you easily share quotes from an article. Rather than having to copy and paste a snippet of text across apps, you'll be able to simply highlight the words you want to share and post them to Facebook with a click. In the News Feed, the post will appear as a block quote with a link to the original URL or source. And yes, you can add an additional comment on top of the selected text.

Zuckerberg & Co. also revealed that it would allow developers to employ its Save to Facebook button in apps and on the web as well. The button functions in a similar fashion to Pocket's buttons and plug-ins, allowing you to add a link to a collection that you'll read later (in theory). The button isn't new, but it has been limited to saving items from the News Feed. Today's announcement makes it available for any place you consume content, taking aim at services like Pocket. The libraries of saved items are social, yet they're like Pinterest and other read-it-later options, as you can only see your own stuff. It wouldn't be a surprise if that changes in the future, though.

In this article: culture, f8, f82016, facebook, internet, quotes, readitlater, savetofacebook, services, sharing
All products recommended by Engadget are selected by our editorial team, independent of our parent company. Some of our stories include affiliate links. If you buy something through one of these links, we may earn an affiliate commission.