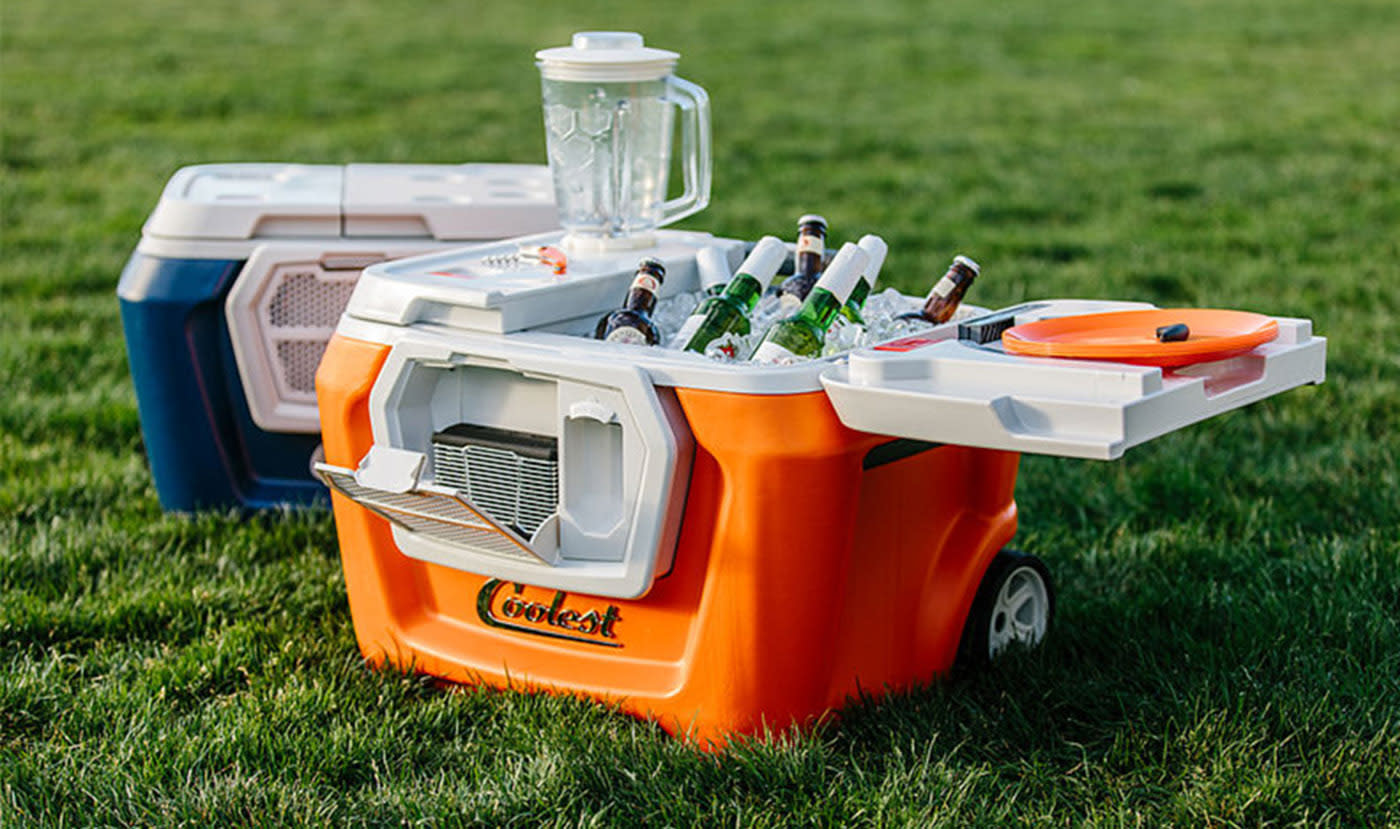 Coolest Cooler is the latest proof that there are a lot of interesting ideas on Kickstarter from companies that lack a plan to execute them. The company set a funding record in 2014 with $13 million for a do-it-all cooler with a waterproof Bluetooth speaker, USB charger, cutting board and blender. However, it burned through the entire amount after shipping just a third of the products, showing that the tempting $185 price tag was way too generous. To complete orders, the company now says that existing backers (who already paid the full Kickstarter price) will have to pony up another $97 for "expedited" shipping of their Coolest Coolers.

CEO Ryan Grepper points out that the new, $282 total bill is still less than the $399 price the product sells for on Amazon, and guarantees delivery by July 4th. Even if backers aren't willing to pay, Grepper promises that "as long as there is breath in my body we are committed to getting each and every backer their Coolest Cooler." To do that, it plans on using profits from Amazon sales to finance backer coolers. That doesn't sit well with many backers, of course, since Amazon purchasers will receive coolers earlier than folks who ordered them years before. However, the company says it can ship one new cooler for every two to four retail sales.

As long as there is breath in my body we are committed to getting each and every backer their Coolest Cooler.

Some backers are philosophical about the problems. "I have backed quite a few projects on Kickstarter and each time I know it is a risk," says one. However, others have demanded refunds, expressed doubt that the product will ever ship and become downright hostile. According to Motherboard, one backer even doxxed company employees, who were then harassed and threatened. The company's marketing director Susan Towers, who calls the threats "egregious," says "you can call it a clusterfuck or whatever, but it's a Kickstarter. It's not an online store, it's a cooler. It's a party cooler."

In this article: backers, Coolest, CoolestCooler, Delay, gadgetry, gadgets, gear, home, Kickstarter, shipping
All products recommended by Engadget are selected by our editorial team, independent of our parent company. Some of our stories include affiliate links. If you buy something through one of these links, we may earn an affiliate commission.