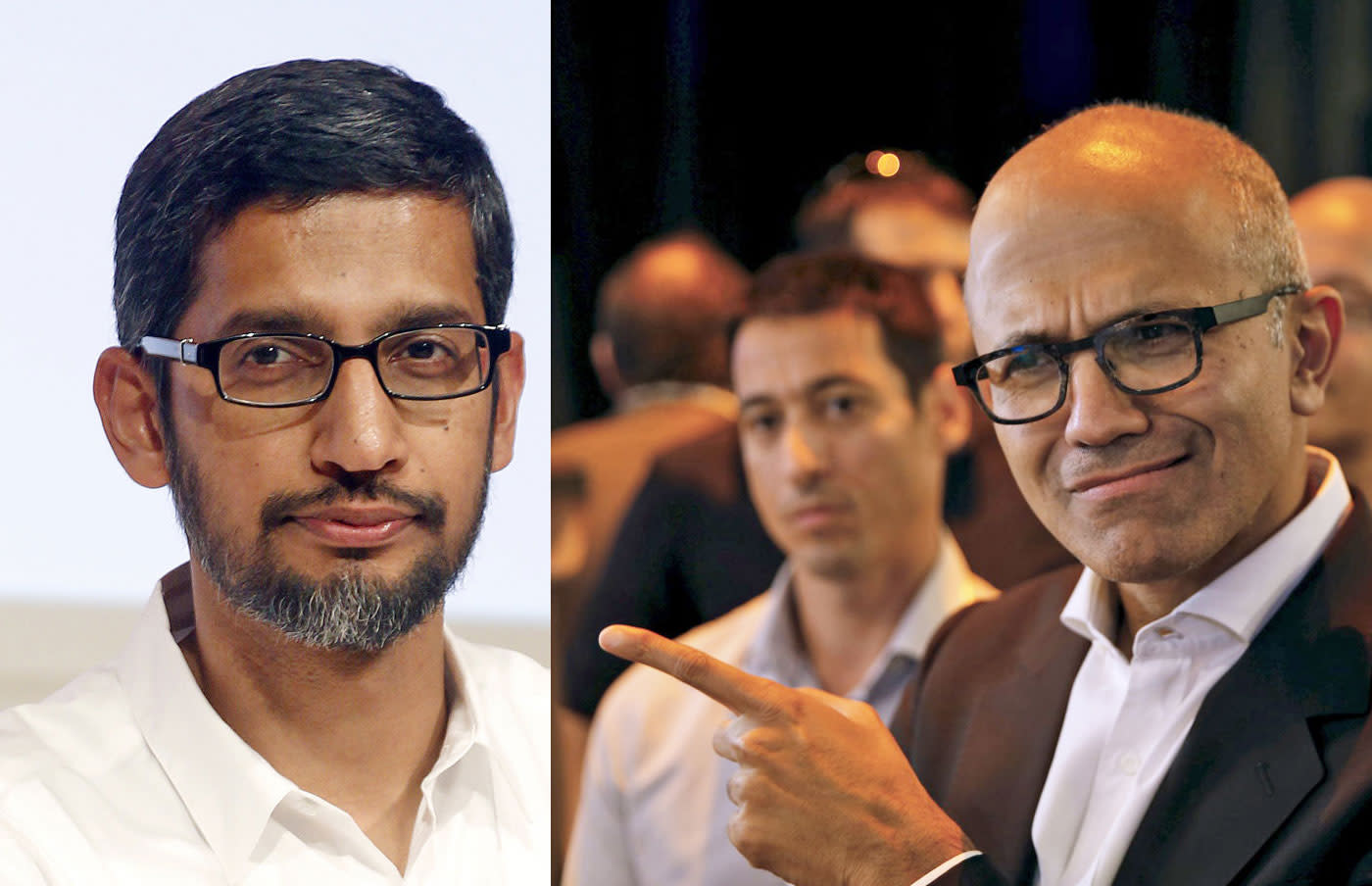 Microsoft and Google have reached a worldwide ceasefire agreement in their ongoing regulatory disputes, Re/code reports today. In September, the two tech superpowers dropped the boatload of lawsuits they'd carried against each other for years. Today, the pair announced they will work together to settle any further disputes before going to court or involving any number of regulatory bodies around the globe.

Both companies offered the news in similar but separate statements to Re/code, highlighting their "changing legal priorities" and promised to drop any regulatory complaints. As Google put it: "Our companies compete vigorously, but we want to do so on the merits of our products, not in legal proceedings." In other words, they plan to crush each other by building the most useful technology, rather than spending resources on attorneys.

The attitude change comes after both companies shifted their leadership. Whereas Steve Ballmer and Eric Schmidt were ruthlessly vying for platform dominance, their replacements Satya Nadella and Sundar Pichai have taken a kinder approach. In 2015, Nadella updated Microsoft's mission to "empower every person and every organization on the planet to achieve more," even if that means doing it on Android's platform. And with fewer threats to its platform, Google has even less reason to draw out old battles in court and even more reason to focus on moving forward.

In this article: business, culture, EricSchmidt, google, internet, microsoft, politics, SatyaNadella, SteveBallmer, SundarPichai
All products recommended by Engadget are selected by our editorial team, independent of our parent company. Some of our stories include affiliate links. If you buy something through one of these links, we may earn an affiliate commission.