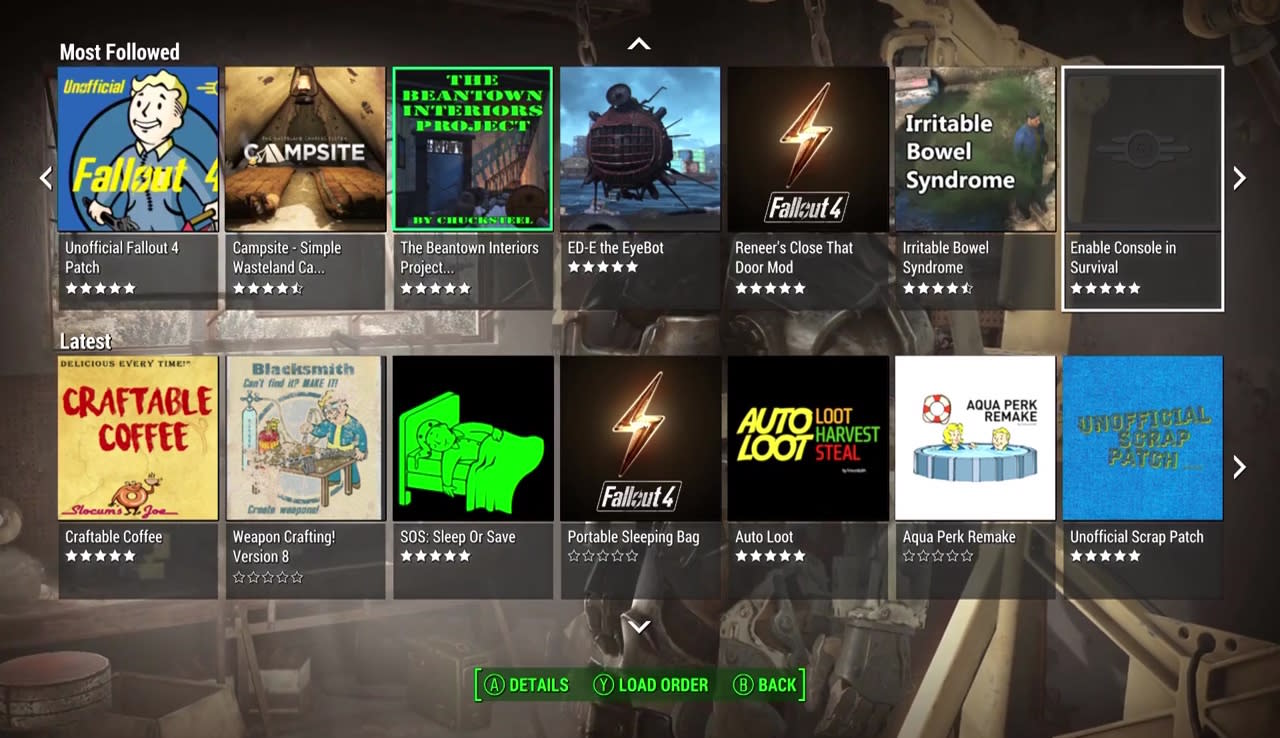 Even before Fallout 4 was released, Bethesda was keen to stress that the latest instalment of the post-apocalyptic franchise would officially support mods. In February, it told us that PC support would arrive in April, and sure enough, it's now delivered on that promise. The studio has released its first modding tool -- called the Creation Kit -- on Steam and launched a new hub where players can browse and download each others' tweaks.

Bethesda stresses that the Creation Kit is the same tool it uses to create the core game. If you feel Fallout 4 is missing something, maybe a weapon or a flashy piece of armor, you can use the Kit to create it. Once they've been uploaded to Bethesda.net, other players can view the mods inside the game's menu, rate them and install them without having to leave the game. Bethesda says it builds on the hundreds of third-party Fallout 4 mods that are already available by making them "easier and more accessible than ever before."

If you're a console owner and eagerly waiting for mods to come to the Xbox One and PlayStation 4, you won't have too long to wait. Xbox One support will come in May, with PS4 tools following in June.

In this article: av, bethesda, creationkit, fallout4, gaming, mods, steam
All products recommended by Engadget are selected by our editorial team, independent of our parent company. Some of our stories include affiliate links. If you buy something through one of these links, we may earn an affiliate commission.