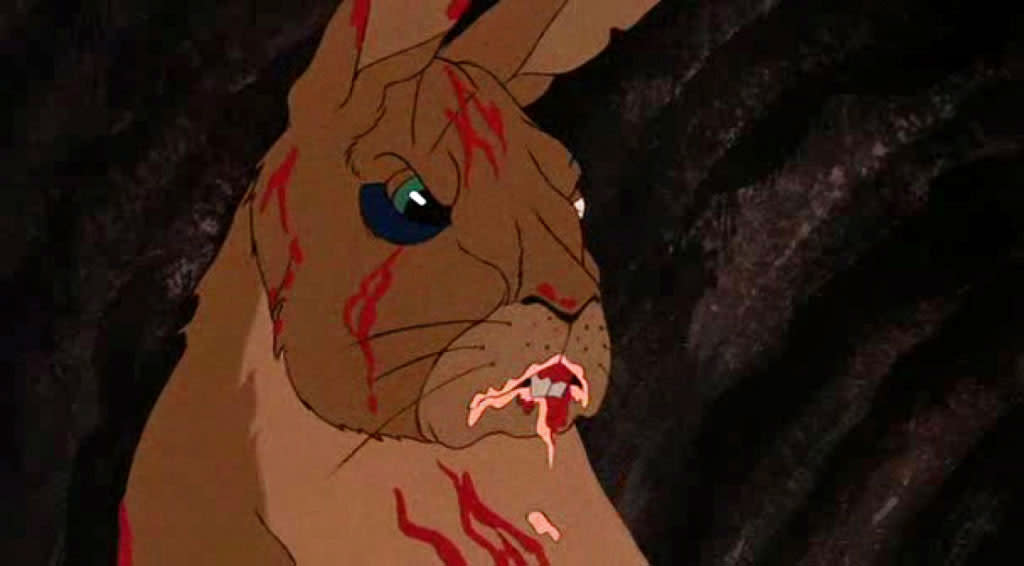 The BBC and Netflix have teamed up to produce a new version of Richard Adams' seminal children's novel, Watership Down. The pair will "reinterpret" the story into a four-part animated mini series that'll air in 2017 on the BBC in the UK and globally on the streaming service. The new production hasn't scrimped on the cast, with heavy-hitters like James McAvoy, Nicholas Hoult, John Boyega and Sir Ben Kingsley voicing the main characters. It'll be the third time that the novel has been adapted for the screen, firstly as a film in 1978 and then again for TV in 1999.

In fact, the film version has something of a reputation amongst the children of Britain who regularly saw it on Saturday afternoons. The novel's brutal depiction of a series of rabbits trying to find a new home just before their warren is destroyed is crammed full of on-screen violence. The film didn't back down from depicting this, and one columnist for the Guardian described it as "the film that frightened me most." According to the Verge, producer Rory Aitken said that the new version won't "shy away" from the novel's darkness, although it won't be as scarring as the film.

This is the first time that the BBC and Netflix have put money behind the same production, but the BBC is no stranger to teaming up with other broadcasters. As well as its partnerships with various PBS stations in the US, it's already co-funded three seasons of Ripper Street for Amazon Prime. The corporation has also signed numerous distribution deals to get its back-catalog of shows onto Netflix in the US and elsewhere. Most recently, the pair agreed to distribute the revived Top Gear that'll air in opposition to Amazon's homegrown rival with Jeremy Clarkson.

In this article: av, bbc, entertainment, internet, netflix, watershipdown
All products recommended by Engadget are selected by our editorial team, independent of our parent company. Some of our stories include affiliate links. If you buy something through one of these links, we may earn an affiliate commission.