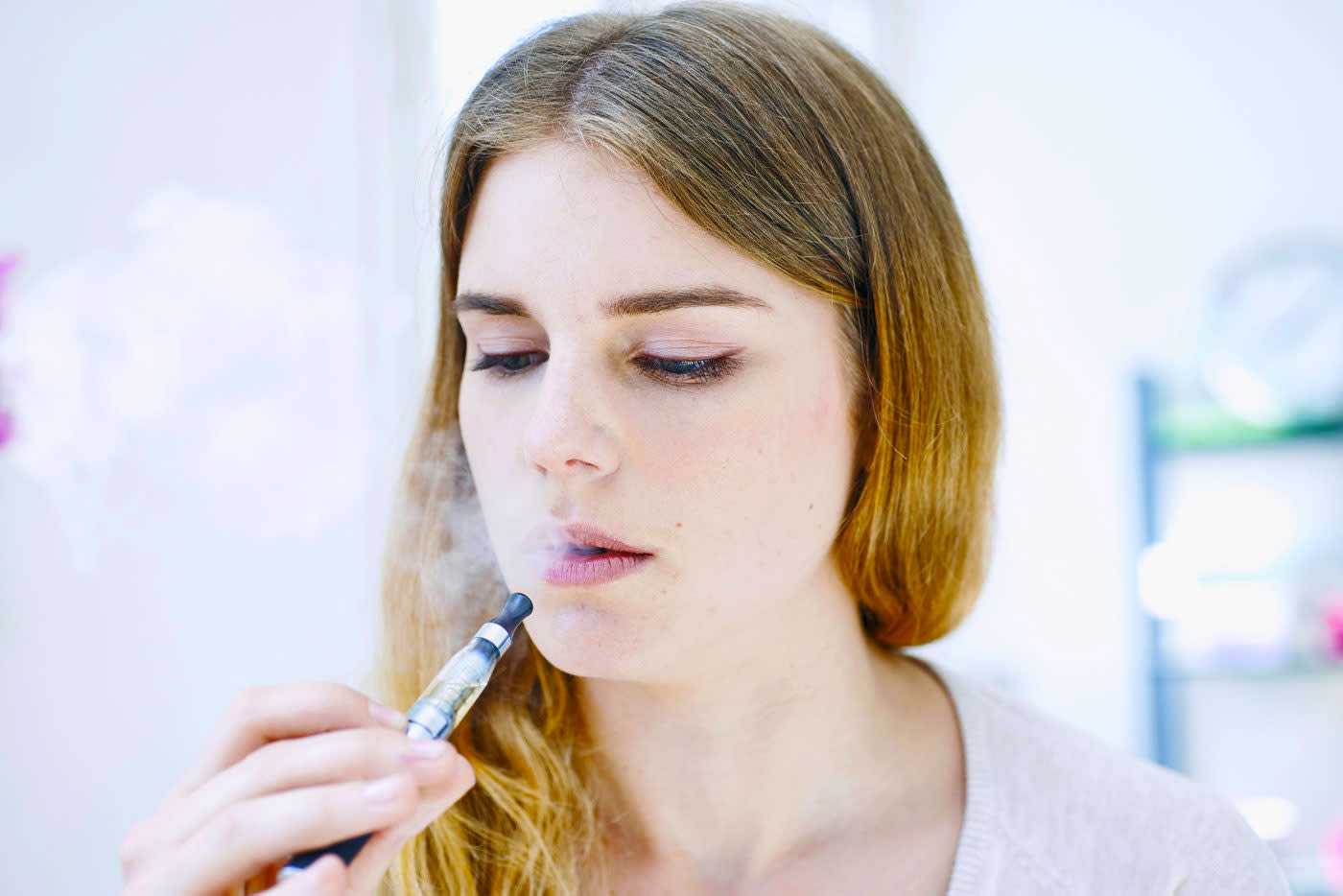 If the British public needed reassurance that e-cigarettes are healthier than traditional smoking, a new report from Royal College of Physicians (RCP) has done just that. In a 200-page document, leading UK doctors have moved to quash the "increasingly common misconception" that vaping is dangerous and said that smokers should be "reassured and encouraged" to switch to e-cigarettes.

Although the long-term effects of e-cigarettes aren't yet known, the PCP says that the likelihood of there being a "hazard to health" arising from sustained vapour inhalation is "unlikely to exceed 5 percent of the harm from tobacco smoke." This mirrors a Public Health England (PHE) report that said that e-cigarettes are 95 percent less harmful than tobacco.

Doctors also found there was no evidence to suggest that e-cigarettes normalize smoking or serve as a gateway to regular tobacco: "None of these products has to date attracted significant use among adult never-smokers, or demonstrated evidence of significant gateway progression into smoking among young people."

Smoking-related diseases cost the National Health Service (NHS) more than £2 billion (around $2.9 billion) each year, which equates to over 2 percent of its budget. It's also the biggest avoidable cause of death and disability in the UK. While the PCP believes e-cigarettes make a "major contribution" to improve the lives of millions of people, there still needs to be "careful management and proportionate regulation."

This might include the licensing of more vaping solutions -- British American Tobacco's e-Voke pen is currently the only e-cigarette prescribed by the NHS -- and a possible EU requirement that all products undergo emissions tests that allow consumers to identify the best and cleanest products. It also means that most smokers will need to buy their own e-cigarettes, at least until more manufacturers decide to offer their products as "quit smoking aids."

"The growing use of electronic cigarettes as a substitute for tobacco smoking has been a topic of great controversy, with much speculation over their potential risks and benefits," says Professor John Britton, chair of the RCP's Tobacco Advisory Group. "This report lays to rest almost all of the concerns over these products, and concludes that, with sensible regulation, electronic cigarettes have the potential to make a major contribution towards preventing the premature death, disease and social inequalities in health that smoking currently causes in the UK."

In this article: culture, ecigarettes, health, medicine, RCP, smoking, tobacco, vaping
All products recommended by Engadget are selected by our editorial team, independent of our parent company. Some of our stories include affiliate links. If you buy something through one of these links, we may earn an affiliate commission.