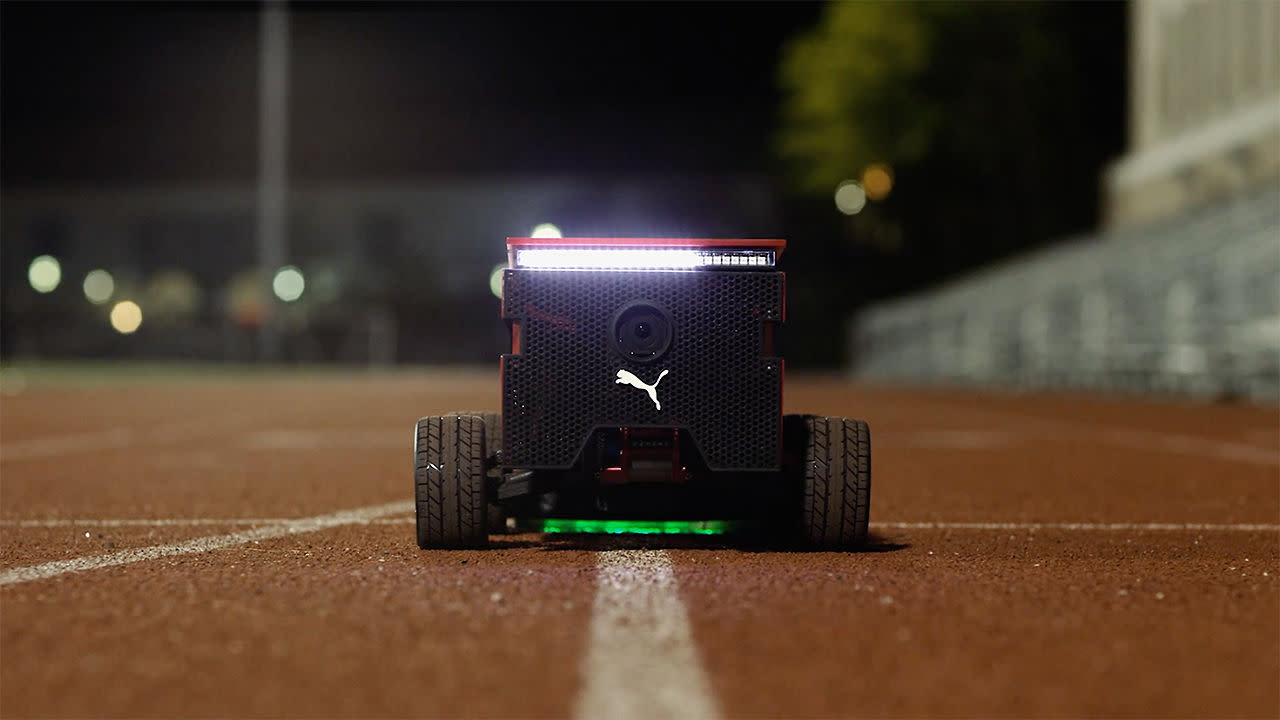 For some people, the RunKeeper coach's voice is enough to keep them motivated during a jog. Others need something physical to keep pace with. That's where Puma's BeatBot comes in. Developed by a NASA robotics engineer, a trio of MIT students and Puma's ad agency, the robot follows lines around a track at any pace you'd want, according to Fast Company. It can even match Usain Bolt's 2009 foot-speed world record of 44.6 KPH (27.7 MPH) in case you need something a little more aspirational than an eight-minute mile.

The robot works by scanning lines on the track with an array of nine IR sensors, while wheel rotations are monitored via Arduino to keep track of speed and distance. BeatBot's also outfitted with LED lights on the back and dual GoPro cameras. If you figured this would be expensive, you're right. Even though there isn't an exact price, for now, BeatBot will only be offered to Puma-sponsored teams and athletes. Until that changes, you'll just have to make due the old fashioned way: finding a faster running buddy.

In this article: arduino, beatbot, gear, gopro, MassachusettsInstituteOfTechnology, nasa, puma, robots, running, usainbolt, video
All products recommended by Engadget are selected by our editorial team, independent of our parent company. Some of our stories include affiliate links. If you buy something through one of these links, we may earn an affiliate commission.