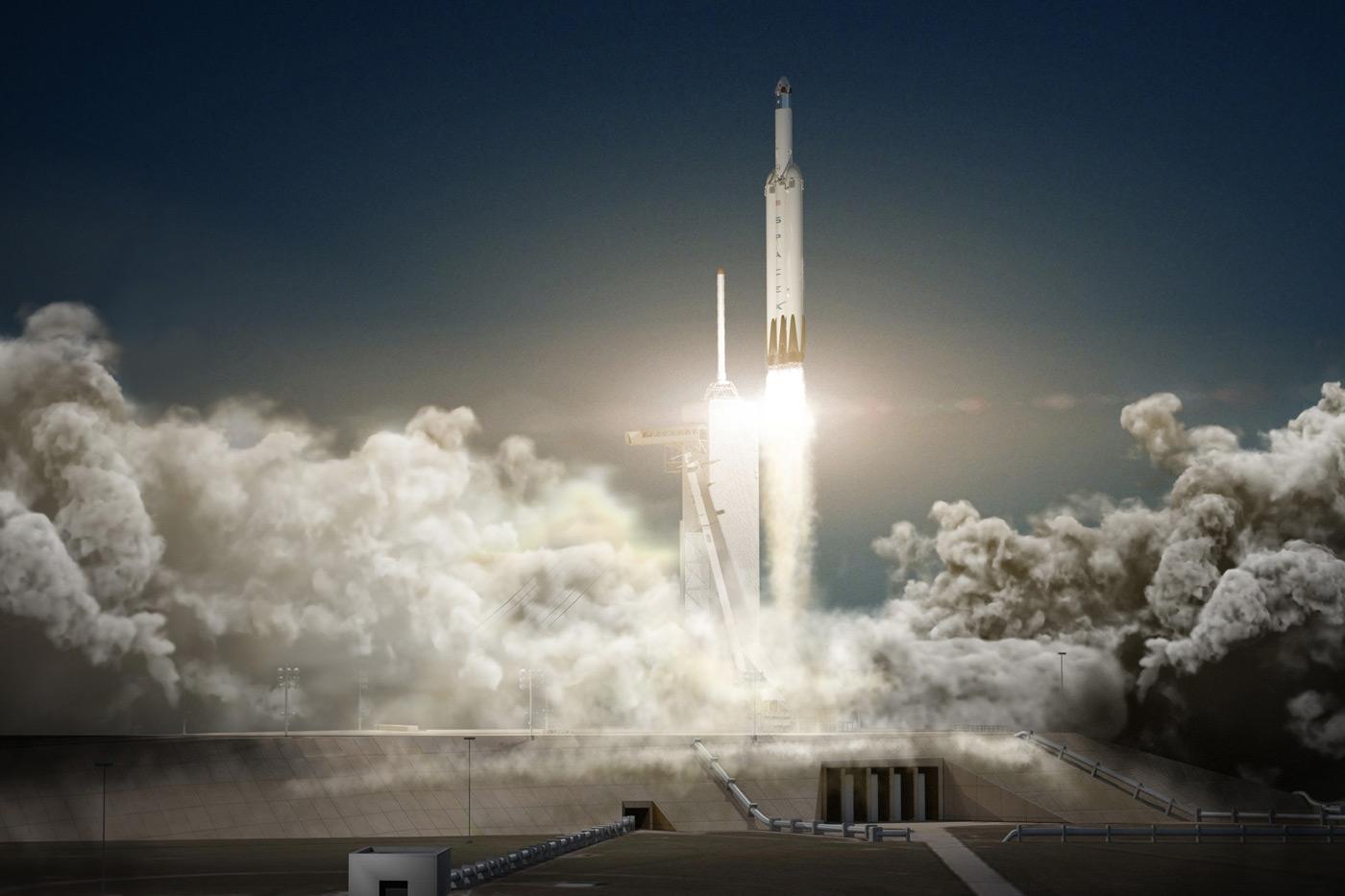 If you thought SpaceX was already making a fuss over the capabilities of both its existing Falcon 9 rocket and the upcoming Falcon Heavy, you haven't seen anything yet. The company has posted updated specs showing that both vehicles are more powerful than previously thought. A Falcon 9 is now known to be capable of hauling 50,265lbs to low Earth orbit, up from just shy of 29,000 pounds. The Falcon Heavy, meanwhile, will carry 119,930lbs instead of the previously promised 116,845lbs. Elon Musk chalks up the improved figures to more thorough testing -- SpaceX hasn't upgraded the hardware, at least not yet.

However, the private space firm is also raising expectations across the board. Musk plans to increase the Falcon 9's rated liftoff thrust to 1.71 million (up from 1.3 million), and the Falcon Heavy will now put out 5.1 million pounds on liftoff instead of the earlier 4.5 million. That's twice the thrust of any other rocket in service, the exec claims.

This is all good news for a company that wants to get to Mars in a hurry, but the proof will be in the pudding. After all, SpaceX has pushed back the Falcon Heavy's first launch multiple times (now due for sometime in November). Although development appears to be winding down for that rocket, you'll only know for sure what it and the uprated Falcon 9 are truly capable of when they leave the launchpad.

Falcon Heavy thrust will be 5.1M lbf at liftoff -- twice any rocket currently flying. It's a beast...

In this article: elonmusk, falcon, falcon9, falconheavy, gear, rocket, science, space, spacex, timeline16rocketman, transportation
All products recommended by Engadget are selected by our editorial team, independent of our parent company. Some of our stories include affiliate links. If you buy something through one of these links, we may earn an affiliate commission.