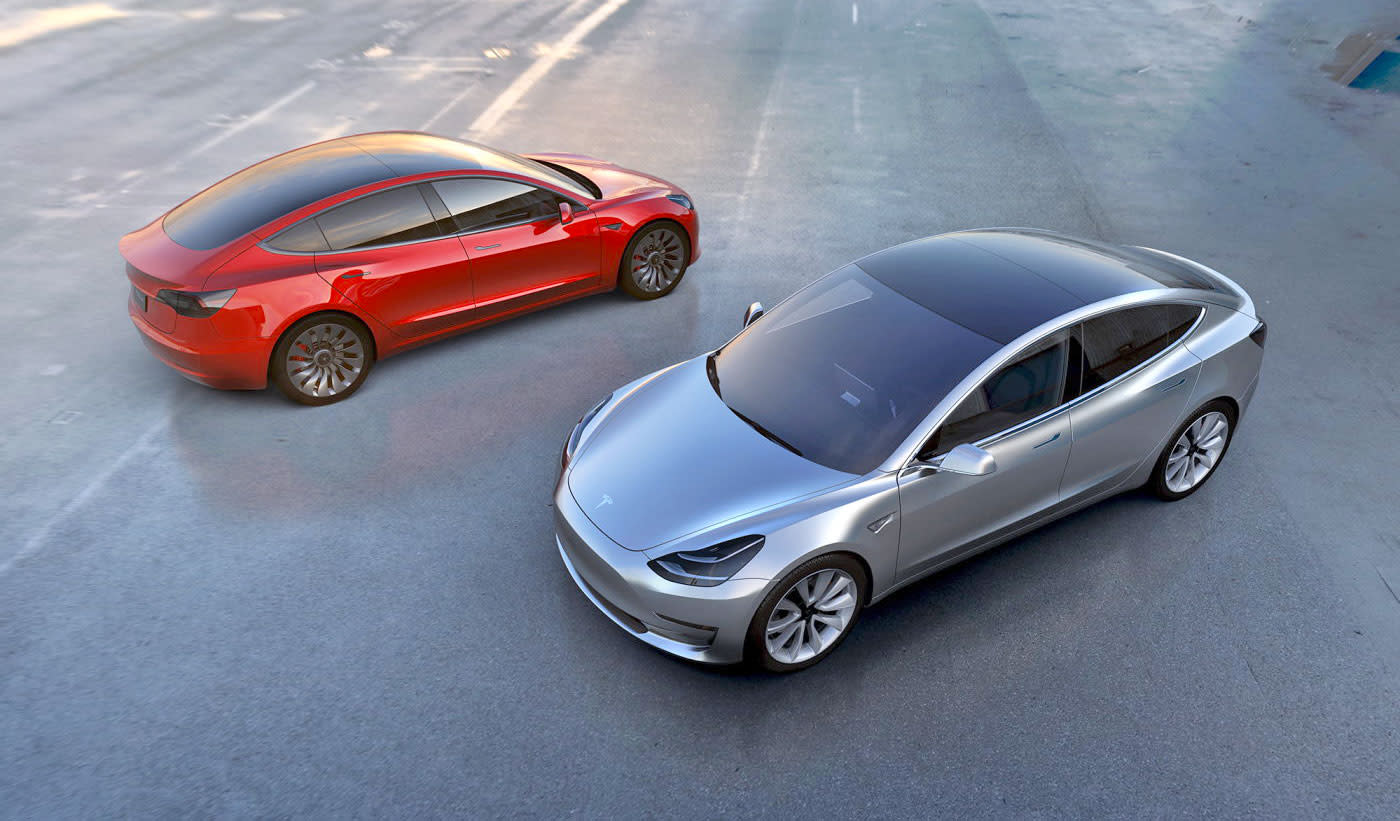 The Model 3 might be Tesla's most affordable electric car, but that doesn't mean it's going to be slow off the starting line. Tesla founder Elon Musk has confirmed that the new vehicle will be available with a Ludicrous Mode option, vastly improving its acceleration. The exact change in performance? For now that's still a mystery, but as means of comparison the standard Model 3 can go from zero to 60MPH in "under six seconds." Anything faster and it'll be competitive with the base-level Model S.

The much-anticipated Model 3 was announced at the end of March. Musk had promised a starting price of $35,000, which many believe is the threshold for mass adoption. The Model S and Model X, while impressive and desirable, are out of most people's price range. That was almost by design, however, so that Tesla could focus on the underlying technology and not on fulfilling tremendous order numbers. The company's efforts have also encouraged other manufacturers to get into EV production, slowly improving public awareness and global charging infrastructure. Now, the company believes the time is right for a mass-market Tesla.

Customers will have to wait though. The first vehicles are expected to ship in 2017, starting in the US. The company has warned that it'll be a staggered roll-out -- with over 300,000 pre-orders, it could be a while before the most recent backers are handed their keys. Still, at first blush it appears to be an impressive vehicle. It has a sleek design, 215 miles of range, "Autopilot" assistance and, of course, Supercharger support. Now, the challenge for Tesla is to actually to follow through on its promises.

Including a Model 3 with Ludicrous Mode.

In this article: electriccar, ElectricVehicle, ev, gear, ludicrous, ludicrousmode, model3, tesla, transportation
All products recommended by Engadget are selected by our editorial team, independent of our parent company. Some of our stories include affiliate links. If you buy something through one of these links, we may earn an affiliate commission.