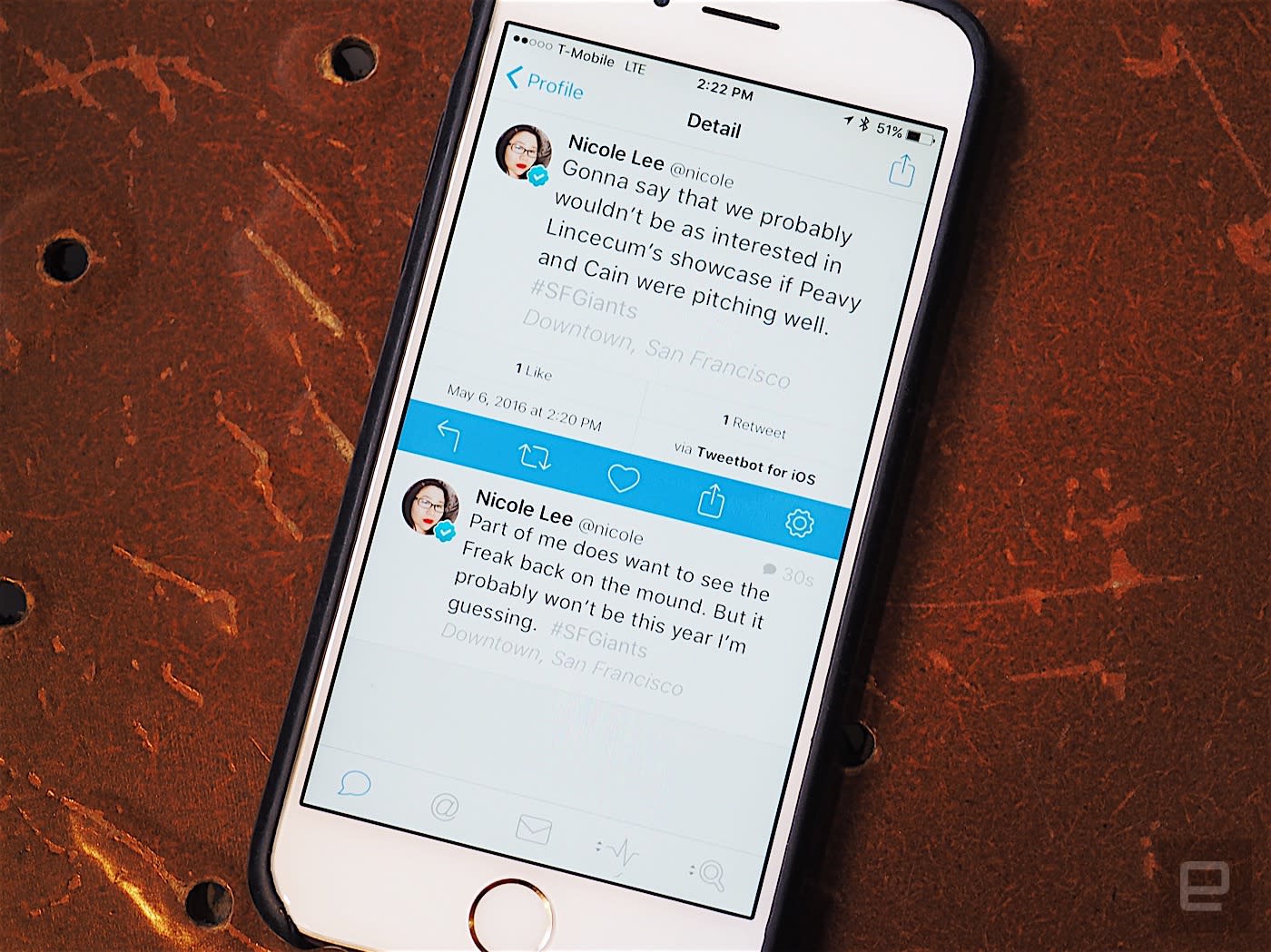 Tweetbot 4 brought some much needed features to the third-party Twitter client, such as a Stats and Activity Tab plus a revamped iPad app. Now there's a new version that'll be sure to please those who love to post a whole bunch of tweets in a row. Usually on Twitter you have to either use a hashtag or manually reply to yourself if you want related tweets to appear in a single chronological thread. The latest Tweetbot 4, however, has introduced a new feature called Topics, which lets you group together those tweets way, way easier. Just tap the gear menu in the Compose screen and you'll see the option for starting a Topic. Once you create one, you're able to write up multiple tweets and have them automatically chain together. You can even have it so the same hashtags appear throughout. The topics are stored in the cloud, so you're also able to start a tweetstorm on your iPhone and then continue it on your iPad (you'll soon be able to do the same on the Mac version too).

The update brings a number of other changes, like larger images on the iPad app and a more thorough mute function (a muted user now won't show up on Mentions, Lists or Searches either). But the ability to quickly and easily go off on Twitter rant (or live tweet an event) is by far Tweetbot 4's latest and greatest feature. Yes, Tweetbot 4 does cost money -- $9.99, to be exact -- but that could be worth it if you do a lot of Twitter rants. Kanye West, listen up.

In this article: culture, internet, personal computing, personalcomputing, services, tapbots, tweetbot, tweetbot4, twitter
All products recommended by Engadget are selected by our editorial team, independent of our parent company. Some of our stories include affiliate links. If you buy something through one of these links, we may earn an affiliate commission.