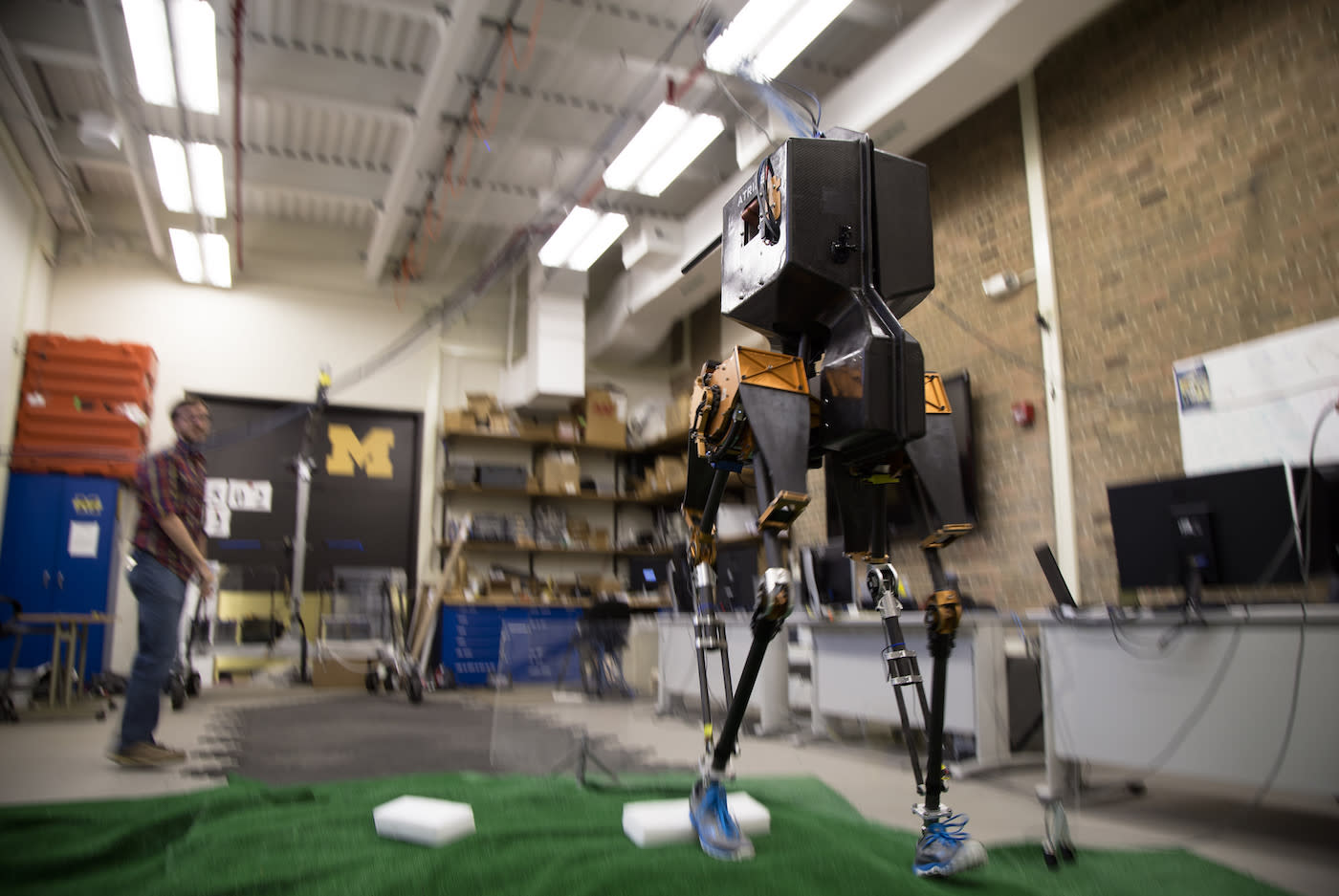 Robots walking unaided on flat ground is tough enough as it is -- just look at last year's class of DARPA Challenge failures -- so when one can handle uneven terrain in any direction (not just a straight line), we take notice. The latest example is Marlo, a joint project between University of Michigan's Jessy Grizzle and Oregon State University's Jonathan Hurst. The key difference here is how it achieves this feat: a bank of algorithms containing different instructions for different walking styles.

Analyzing data from sensors in the biped's knees, hips and torso, Marlo adjusts walking style on the fly, pulling from a library of 15 pre-programmed gaits and blending them based on ground-cover or inclination angle.

Marlo's speed and direction is determined by a user holding an Xbox controller, but anything other than that -- like movement speed -- is handled by the bot itself. What's more, the school says that this algorithm is general enough that other robots could use it as a baseline for movement. And more than just fueling your nightmares of the impending robocalypse, this has implications for us fleshy humans too: The team says that this tech could extend to robotic prosthetics that'd make walking easier for lower-limb amputees.

In this article: algorithm, jessygrizzle, jonathanhurst, marlo, prosthetic, robot, robotics, robots, science, TL16RBTHMN, universityofmichigan, video
All products recommended by Engadget are selected by our editorial team, independent of our parent company. Some of our stories include affiliate links. If you buy something through one of these links, we may earn an affiliate commission.