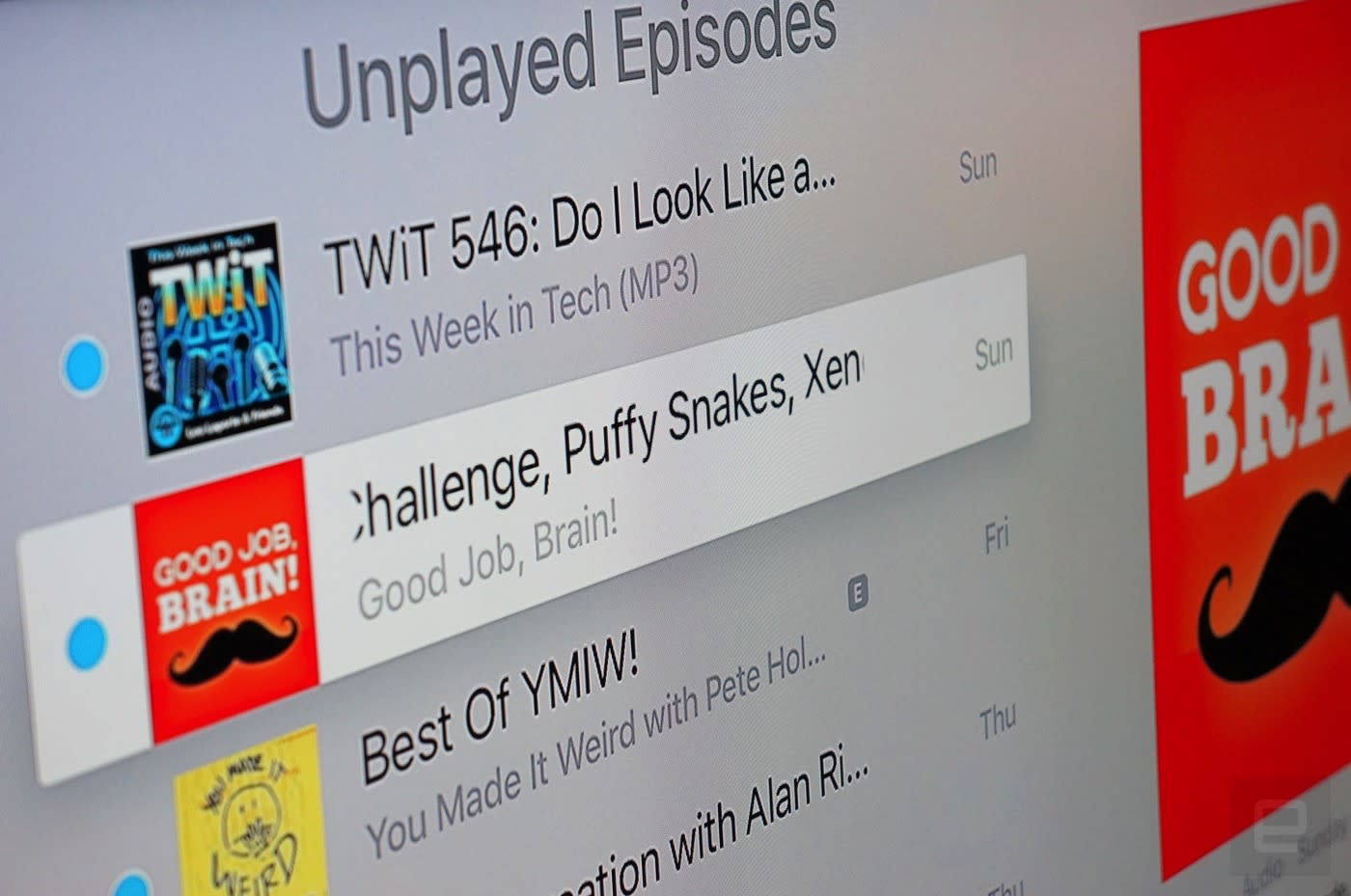 Podcasts may not make Apple any direct revenue, but they're still important in an era when Serial and other big shows are drawing in lots of listeners. And apparently, the company knows it. New York Times sources say that Apple recently held talks with seven "leading podcast professionals" at its headquarters. While the crew at 1 Infinite Loop didn't vow to make any changes, they reportedly discussed "several pressing issues" in podcasting. The company's internet software and services lead, Eddy Cue, came in afterwards to talk privately with staff.

While the exact nature of the talks is hush-hush, there are a few common issues that likely came up. First is simply the matter of discovering shows. Apple's current iTunes Store podcasts page (and the handful of people who run it) can only do so much to promote thousands of shows, and sharing them on social networks isn't all that easy. Podcasters also want better subscriber data, such as the number of people actively listening and how far they get into a given show. There's the not-so-small matter of revenue, too -- some podcasters would like ways to charge for access. You can listen to some music podcasts in Apple Music (such those from Above & Beyond or Armin van Buuren), but that doesn't really work for talk-oriented programming.

There's certainly pressure for Apple to do something. Spotify added podcast support last year, and Google finally brought podcasts to Android's official music app last month. In other words, you no longer have to turn to the web or an indie developer's app to listen when you can't (or simply won't) use Apple's software. The tech giant may have to rethink its strategy if it wants to remain synonymous with a media format that it (and specifically, the iPod) popularized over a decade ago.

In this article: apple, audio, culture, gear, internet, itunes, podcasts, services, streaming
All products recommended by Engadget are selected by our editorial team, independent of our parent company. Some of our stories include affiliate links. If you buy something through one of these links, we may earn an affiliate commission.