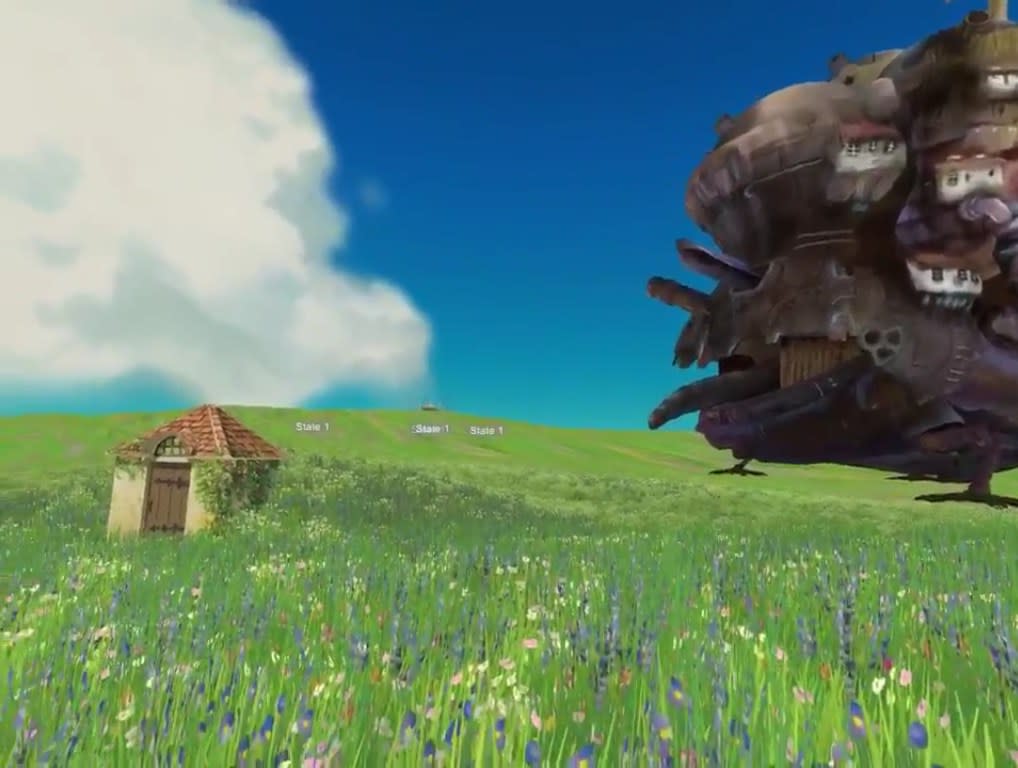 If you ever wanted to explore Howl's Moving Castle, now's your chance. That's assuming you own a virtual reality headset, that is. A scene from it, dubbed "The Meadow," is available for folks using Oculus Rift and HTC Vive right now. It comes from developer Nick Pittom, who's previously released interactive scenes based on Ghibli's other lauded work including My Neighbor Totoro and Spirited Away. "The Meadow" is bundled with other, older interactive scenes from Hayao Miyazaki's landmark films, and RoadtoVR writes that "the level of detail that each scene captures is really nothing short of astounding."

If anything, these demos should help while the time away before a sequel to the studio's 2013 co-venture Ni No Kuni: Wrath of the White Witch arrives on PlayStation 4 -- whenever that actually releases, of course.

In this article: gaming, gear, HayaoMiyazaki, HowlsMovingCastle, htc, htcvive, internet, MyNeighborTotoro, nickpitton, oculus, OculusRift, SpiritedAway, steam, steamvr, studioghibli, valve, virtualreality, vr
All products recommended by Engadget are selected by our editorial team, independent of our parent company. Some of our stories include affiliate links. If you buy something through one of these links, we may earn an affiliate commission.