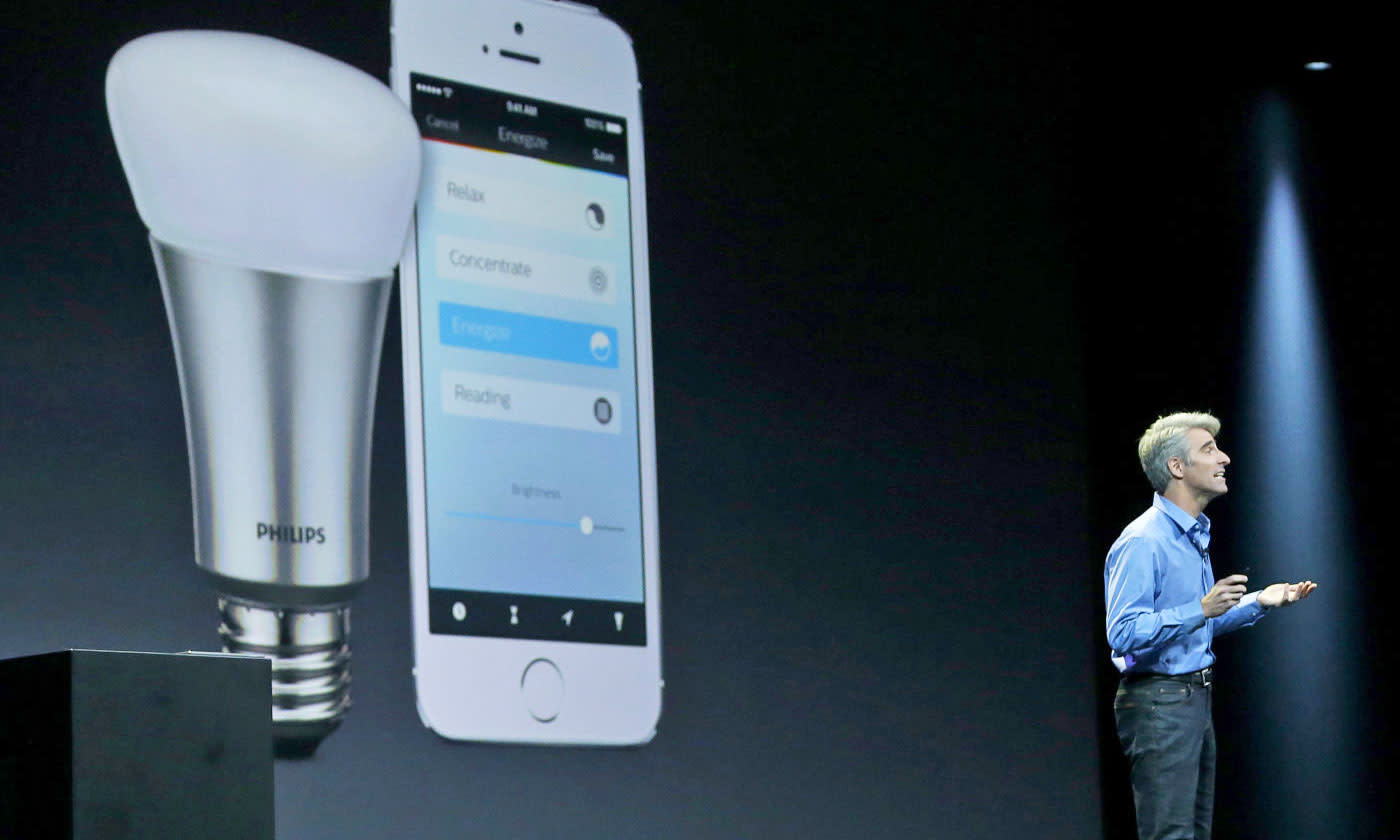 There's no shortage of devices that support Apple's HomeKit platform. However, managing those devices is something of a mess -- you typically end up visiting separate apps to control your lighting, security and appliances. You might not have to worry about that when iOS 10 rolls around, though. MacRumors says it spotted an Amazon review from an Apple employee (verified after the fact) who claims that the next iOS release will have a "standalone" HomeKit app when it arrives in the fall. The staffer doesn't say how it'd work, but the implication is that it'd serve as a hub for all your HomeKit-compatible smart home gadgets.

There's no certainty that this HomeKit app will show up as promised, since there's always the chance that Apple will either delay it or scrap it entirely. There is evidence that this isn't just speculation, mind you. Apple used a shell company to file a trademark for a HomeKit icon late last year, so it's at least thinking about what a dedicated app would look like. As it is, Google isn't standing still between its OnHub networking and its internet of things platform, Brillo. A full-fledged HomeKit app might give Apple a competitive edge by taking some of the hassle out of automating your household.

In this article: apple, av, gear, home, homeautomation, homekit, ios, ios10, mobile, smarthome, smartphone, wwdc2016
All products recommended by Engadget are selected by our editorial team, independent of our parent company. Some of our stories include affiliate links. If you buy something through one of these links, we may earn an affiliate commission.