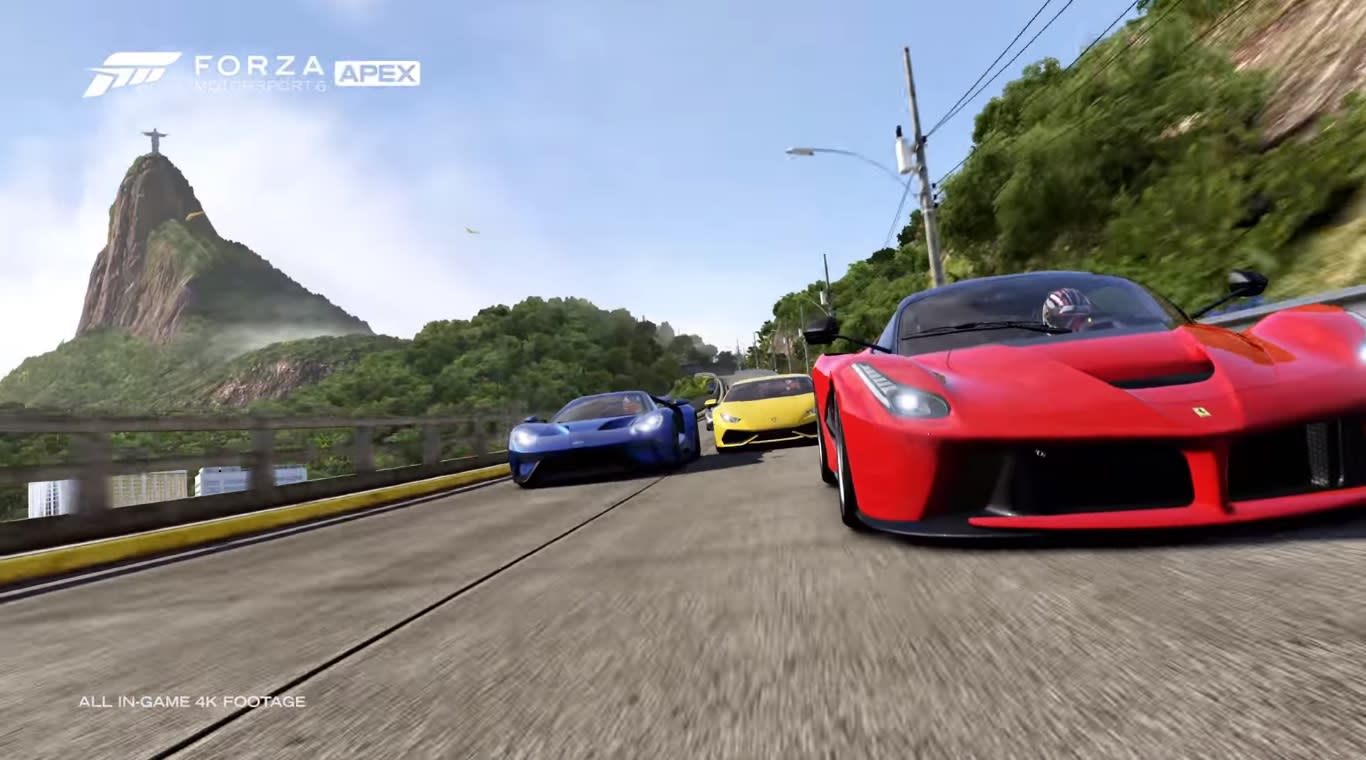 Microsoft wants folks to believe Windows 10 is a serious gaming platform and has showcased its capabilities with tech demos like its retooling of Forza 6 for powerhouse PCs. Today, they're letting games designed for the Universal Windows Platform (UWP) unlock their framerates from the refresh rate of their monitors. This fixes a long-standing complaint from gamers and developers who want to play games at higher framerates on UWP but were prevented from doing so, even for recent releases like Quantum Break.

Framerate, measured in frames per second, is an important benchmark in graphical power: your high-resolution game might be gorgeous, but you'll get flak if players can only run through it at a choppy 30fps. 343 Studios prioritized Halo 5's consistent 60fps so much that the game sacrifices resolution on the fly and ditched splitscreen multiplayer entirely.

Microsoft also announced support for AMD Freesync and NVIDIA G-SYNC, which enables smarter refreshing of the monitor's display. This and the framerate unlocking are exactly the granular support needed for computers to run titles to their maximum graphical capability. Other PC gaming platforms like Steam don't lock framerates, so it's strange for UWP to have set a framerate cap to begin with. Eliminating limits in graphical capability is a good way to win over the core computer gaming fanbase, which takes its visuals seriously.

In this article: framerate, gaming, microsoft, personal computing, personalcomputing, universalwindowsplatform, UWP
All products recommended by Engadget are selected by our editorial team, independent of our parent company. Some of our stories include affiliate links. If you buy something through one of these links, we may earn an affiliate commission.