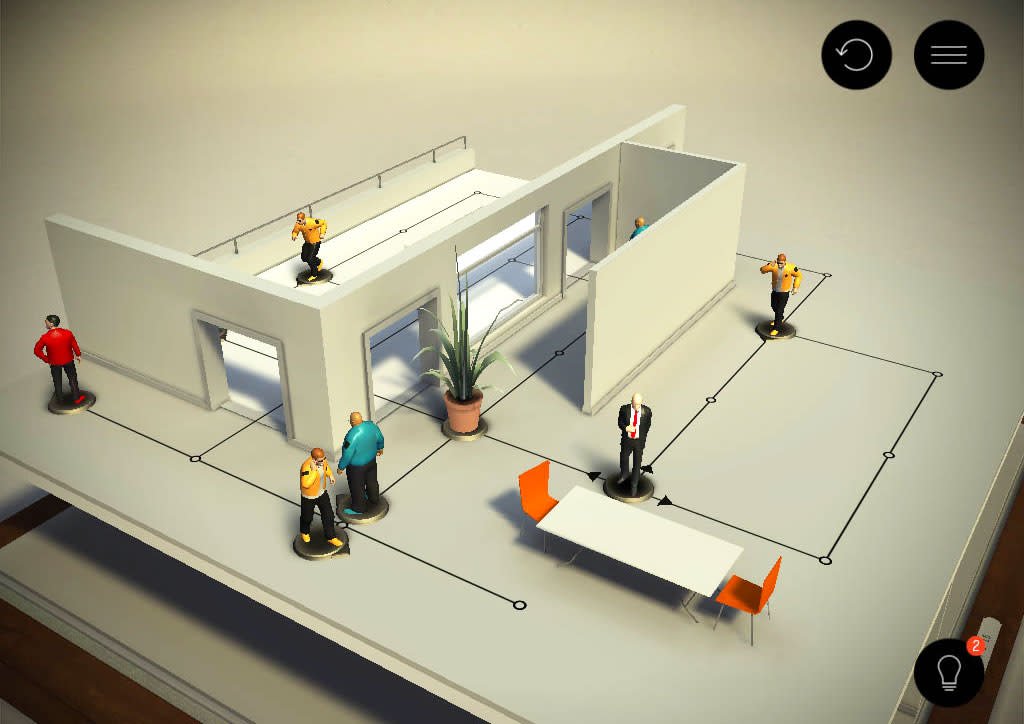 Hitman Go is a smart reimagining of a languishing franchise that lit up mobile devices when it first launched in 2014. It took the painstaking stealth assassinations of the original Hitman series and transformed them into a minimalistic board game. Now it's headed to VR by way of the Gear VR and Oculus Rift tomorrow, May 12th.

If you're picking up the Gear VR version you'll pay $7.99 and if you own an Oculus Rift you'll pay $9.99 for the updated and expanded Hitman Go, which developer Square Enix advises will feature 90 FPS and "seamless head tracking."

The VR version will include 91 different levels ranging from classics taken from Hitman: Blood Money and Hitman: Silent Assassin. If you've already played through those titles during their initial release, it's worth going through them again for the new VR perspective as well as their new aesthetic, done up in crisp Hitman Go style.

In this article: av, gaming, hitman-go, OculusRift, Square Enix, vr
All products recommended by Engadget are selected by our editorial team, independent of our parent company. Some of our stories include affiliate links. If you buy something through one of these links, we may earn an affiliate commission.