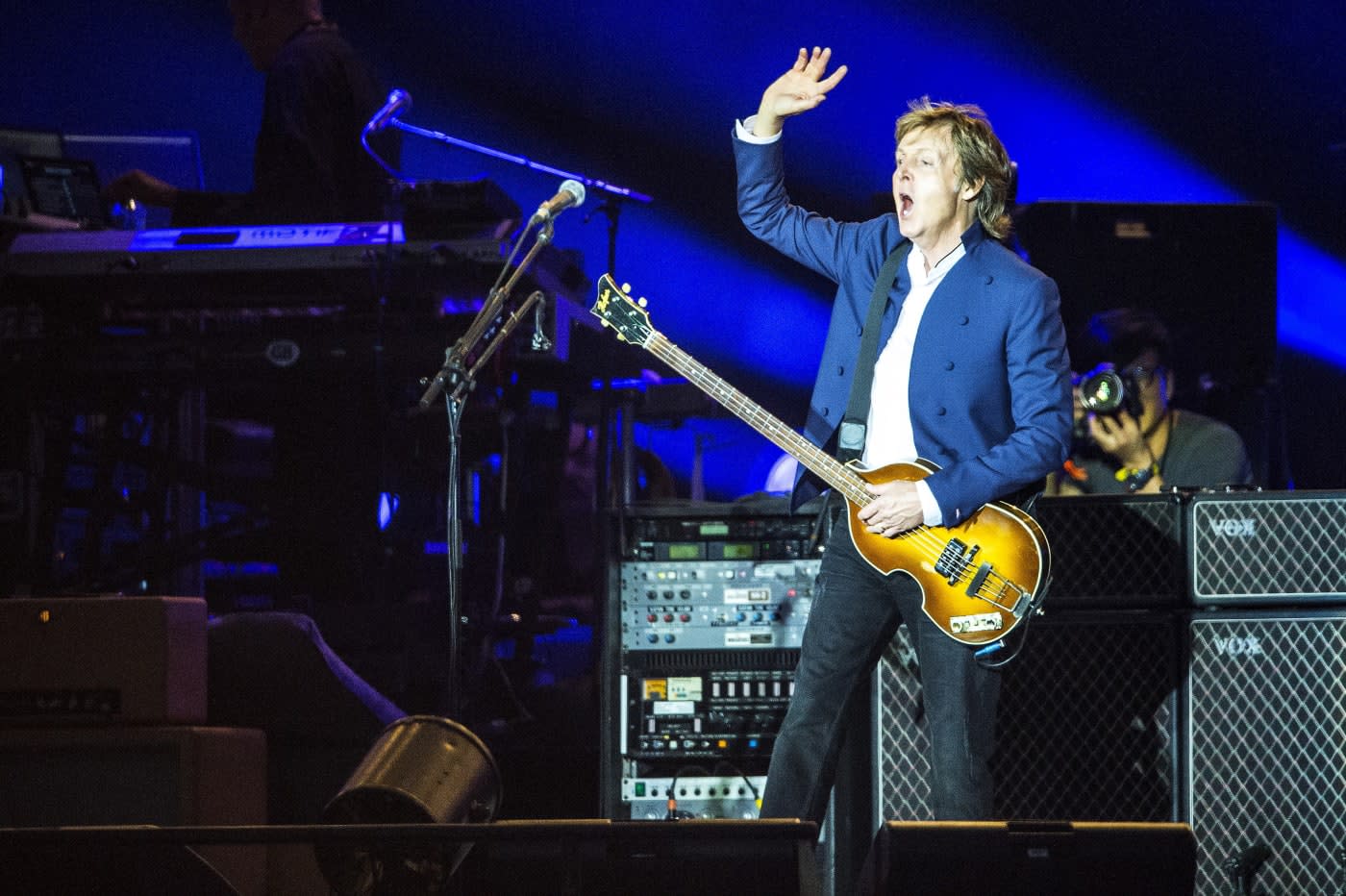 Although he's never been a fan of streaming services, Sir Paul has been quick to embrace new technology when it suits him. He re-released classic Wings albums as iPad apps with bonus material and even wrote tiny songs to bring Skype's emoji to life. For Pure McCartney VR, the artist teamed up with Kaye, the British Tourist Authority's "GREAT Britain" campaign and Palo Alto-based VR company Jaunt. For the six short pieces, Kaye filmed McCartney recounting memories from the new album and mixed in some never-before-seen archive footage, so the whole thing comes out looking like an oddly futuristic, hyper-real version of VH1's Storytellers. The first two episodes "Dance Tonight" and "Coming Up" are already available on Jaunt VR's app, or 360-degree desktop video.

The partnership is also not McCartney's first step into virtual reality. In 2014, Jaunt filmed a live VR concert clip of McCartney performing "Live and Let Die" during the final show at San Francisco's Candlestick Park.

In this article: art, beatles, entertainment, gadgetry, gadgets, gear, internet, jauntvr, PaulMccartney, VirtualReality, vr, wearables
All products recommended by Engadget are selected by our editorial team, independent of our parent company. Some of our stories include affiliate links. If you buy something through one of these links, we may earn an affiliate commission.