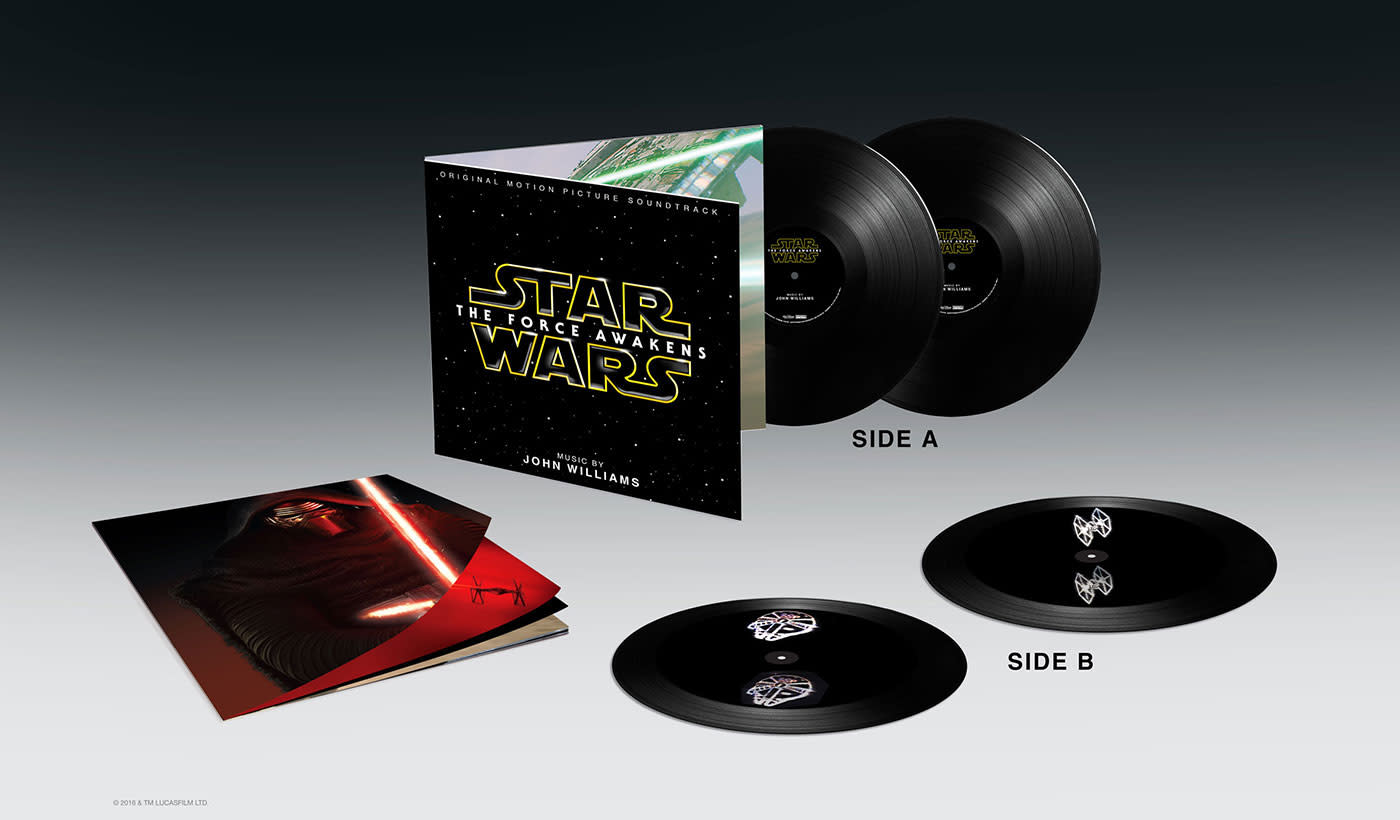 If you haven't already emptied your savings account on Star Wars memorabilia, Disney is back to tempt you once more. Another version of The Force Awakens soundtrack is on the way as a two LP set that has 3D holograms etched onto the surface of the records. Of course, you'll need to find the proper viewing angle in order to catch a glimpse of the spinning illustrations of a TIE Fighter and the Millennium Falcon. Disney recommends that you just shine your phone's flashlight on the vinyl to reveal the animated artwork.

Etched records aren't a new development, but that doesn't make them any less fun. Jack White's so-called "Ultra LP" that was released in 2014 featured similar etched art from Infinity Light Science's Tristan Duke. The illustrations on this new Star Wars set were also created by Duke. You'll have to wait until June 17th to nab it from Disney's Music Emporium or Amazon. When the time comes, expect to part with $50 to secure your copy. If the John Williams score doesn't do it for you, there's a Star Wars Headspace album full of remixes and songs inspired by the films.

In this article: av, entertainment, hologram, soundtrack, startwars, theforceawakens, TL1712CASS, vinyl
All products recommended by Engadget are selected by our editorial team, independent of our parent company. Some of our stories include affiliate links. If you buy something through one of these links, we may earn an affiliate commission.