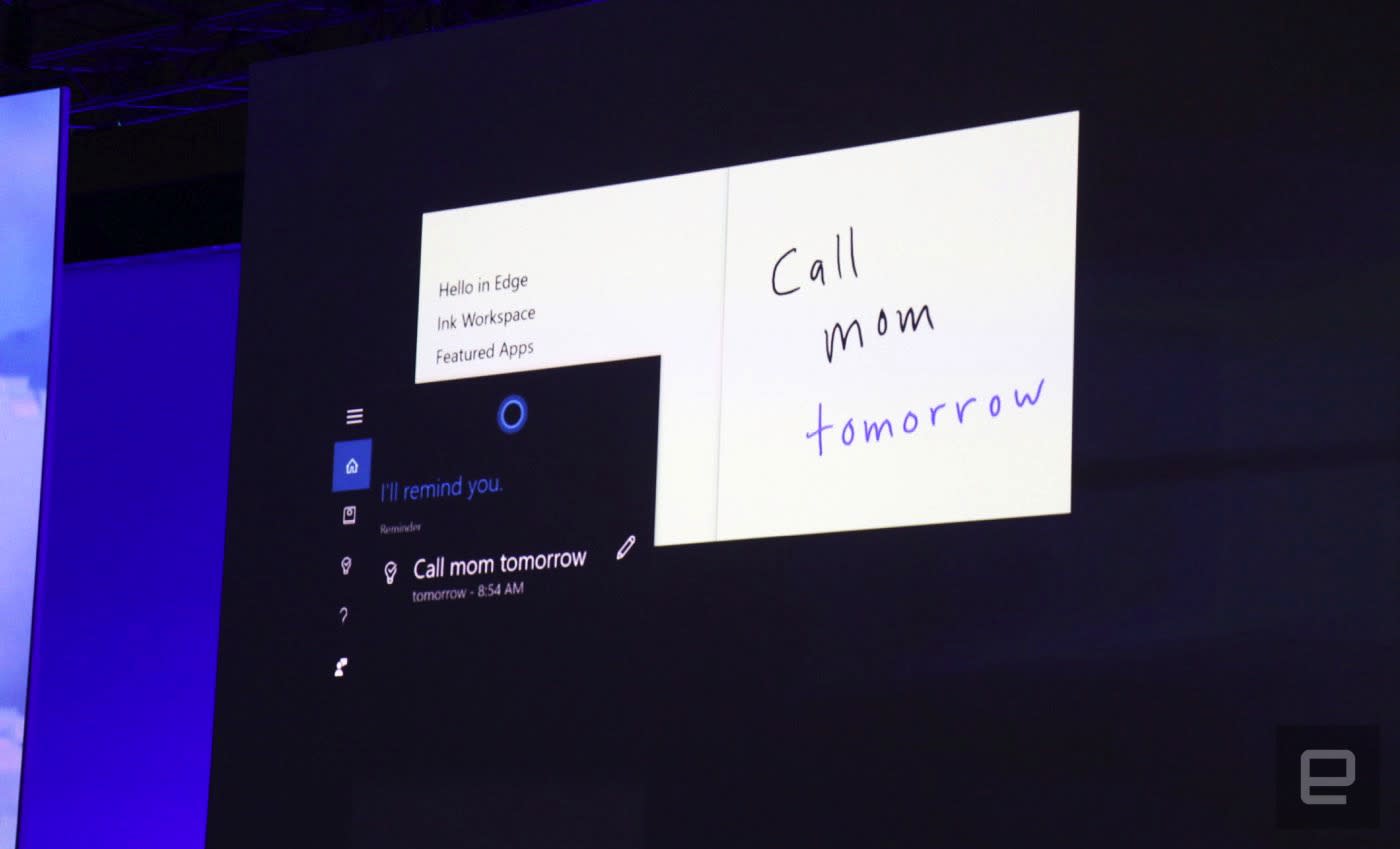 Beta testers who elect to receive the the freshest test builds of Windows 10 have some new features on the way, as we move even closer to the big Anniversary Update this summer. With Build 14352, Cortana's music abilities go from simply being able to play any song from your library by voice command, to pulling any song from the Groove Music catalog (assuming you have a Groove music subscription, of course), and now also can easily set a timer, similar to other automated assistants like Amazon Alexa. Windows Ink is also getting a new Cortana wrinkle, since you can create reminders for it directly from notes, as well as write down a phone number, URL or email address and launch the appropriate app directly from a note.

Other changes for Ink include a compass on its ruler and a slew of smaller tweaks, like defaulting to touch Inking on for non-pen enabled touchscreen devices. Now the Windows Game Bar works with a few more games (League of Legends, World of Warcraft, DOTA 2, Battlefield 4, Counterstrike: Global Offensive, and Diablo II) in full screen, and in an extremely exciting change, the File Explorer icon has a slightly different look. Also, beta testers can see if Microsoft responded to their feedback within the Feedback Hub itself. The blog has all of the changes listed, and if you're in the fast rin, checking for an update is all it should take to get the new version.

In this article: Cortana, gear, GrooveMusic, microsoft, personal computing, personalcomputing, Windows10, WindowsInk
All products recommended by Engadget are selected by our editorial team, independent of our parent company. Some of our stories include affiliate links. If you buy something through one of these links, we may earn an affiliate commission.