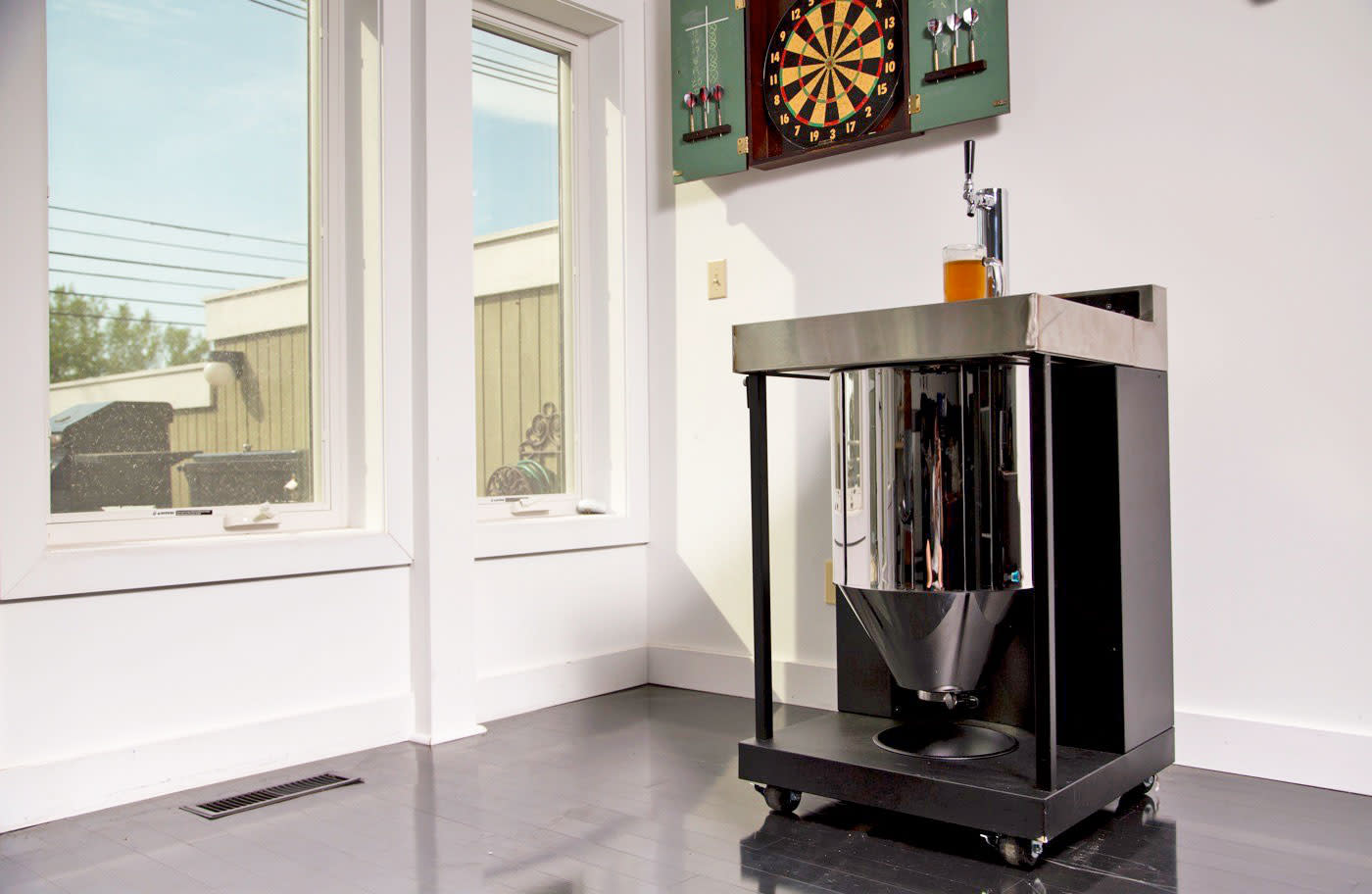 There's no denying the popularity of homebrewing beer among DIYers, and we've seen a number of devices that aim to make that process easier. The latest small appliance comes from a familiar name: Whirlpool. With the Vessi fermenter and tap system, the company says it is reducing the time it takes to make beer from a month down to seven days. Of course, that fermentation time depends on what style you're brewing, but for a 3.3% "light blonde ale," Whirlpool says that 7-day turnaround is possible. The Vessi looks to be about the size of a kegerator tap system, only this setup also includes those fermentation and carbonation components. A single-tank design is sealed and pressurized with temperature controls to ensure the process goes smoothly (in theory). Whirlpool says that this design reduces the risks of issues like contamination and oxidation that are common to homebrewing. It also skips the process of bottle conditioning by "retaining" the beer's carbonation throughout fermentation. The company didn't explain exactly how that works in the press release, so we reached out for more info and we'll be sure to update when/if we hear back.

Whirlpool also added a Sediment Removal System (SRS) at the bottom of the cylinder for removing any yeast and other particulate when fermentation is complete. That unwanted sediment can be removed without losing pressure in the Vessi. There's also a Liquid Injection System for adding other flavors like coffee and more to your brews. If you'd rather fill bottles, a keg or some growlers, the setup has a counter pressure port up top to make sure those containers are properly carbonated.

Whirlpool's Vessi is a project from W Labs and is the result of "researching, testing, designing and rethinking the entire beer brewing process." In an effort to get turn the system into a real addition to homebrew setups, the company is leveraging the crowdfunding prowess of Indiegogo. Part of the enterprise initiative it launched in January, Indiegogo wants to be a spot where big companies go to gauge public interest in an R&D product and, of course, drive pre-order sales. If you're willing to commit funds for a Vessi, doing so during the campaign that launches today will set you back $1,200. That's a significant discount from the regular price of $1,899.

In this article: beer, brewing, gear, home, homebrew, indiegogo, kegerator, vessi, whirlpool
All products recommended by Engadget are selected by our editorial team, independent of our parent company. Some of our stories include affiliate links. If you buy something through one of these links, we may earn an affiliate commission.