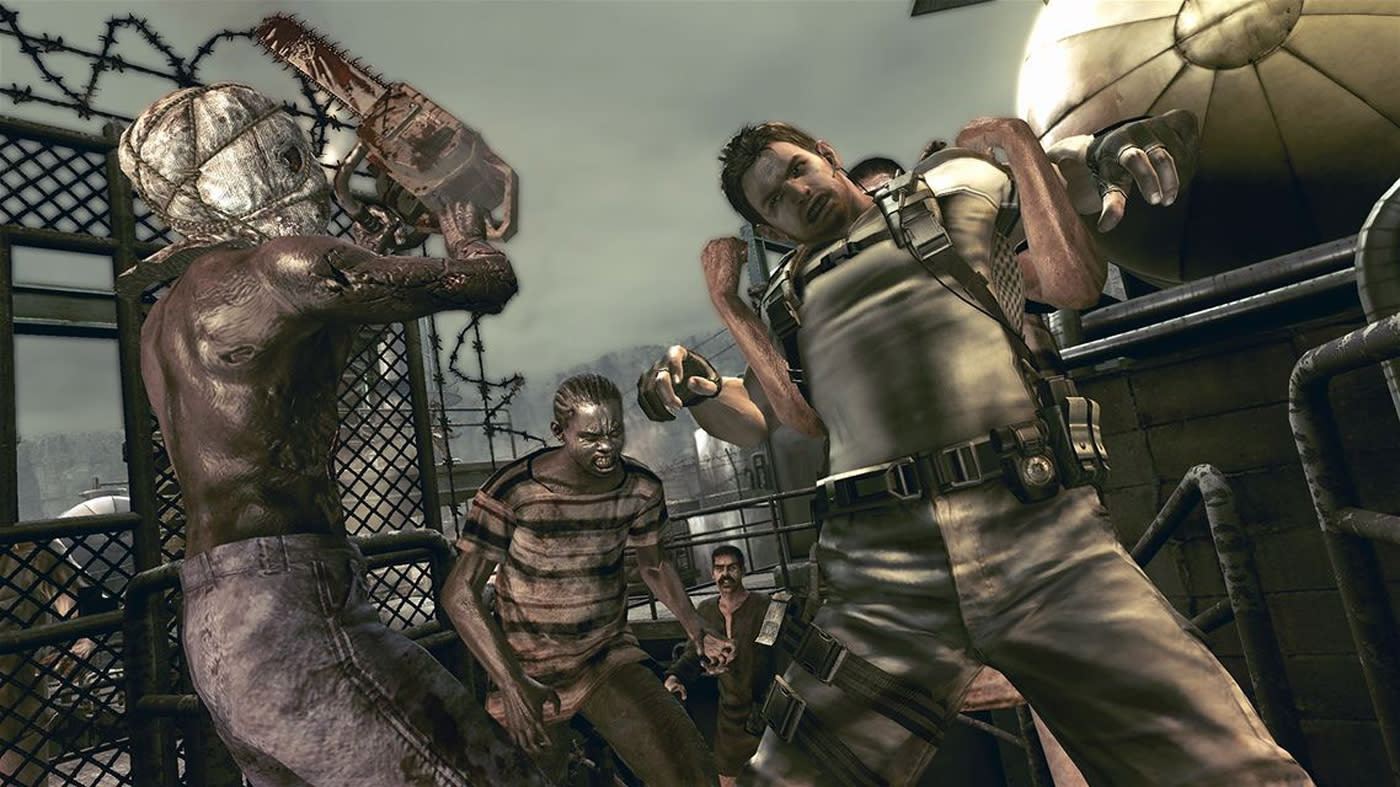 Capcom's Resident Evil series set the standard for a generation of horror video games -- so it's no surprise that the company is celebrating the franchise's 20th anniversary by selling some of its greatest hits again. In reverse order. Starting with Resident Evil 6 back in March, Capcom has been counting backwards to the game that redefined the series: Resident Evil 4. That coveted release is still awhile out, but if you need a zombie fix right now, there are options. At the end of June, Resident Evil 5 will be available on Xbox One and PlayStation 4.

If you can't remember what made this entry in the series special, it can be summed up in one word: multiplayer. Resident Evil 5 suffered mixed reviews for theming, pacing and an failure to balance action and horror, but it was the first entry in the series to introduce local co-op play. It's not a perfect game, but it builds on the combat system that made Resident Evil 4 such a hit. If you've got a friend and want some action, it's worth a look. Plus, the PS4 and Xbox One release comes with all of the original game's add-on content. Interested? The digital release will set you back $20 on June 28th. Looking for a physical disc to collect? You'll have to wait until June 12th -- but at least it won't cost you anything extra. Check out Capcom's official release at the source link below for more details.

In this article: 20thanniversary, av, capcom, gaming, hdremaster, playstation3, playstation4, remaster, residentevil, residentevil4, residentevil5, residentevil6, xbox360, xboxone
All products recommended by Engadget are selected by our editorial team, independent of our parent company. Some of our stories include affiliate links. If you buy something through one of these links, we may earn an affiliate commission.