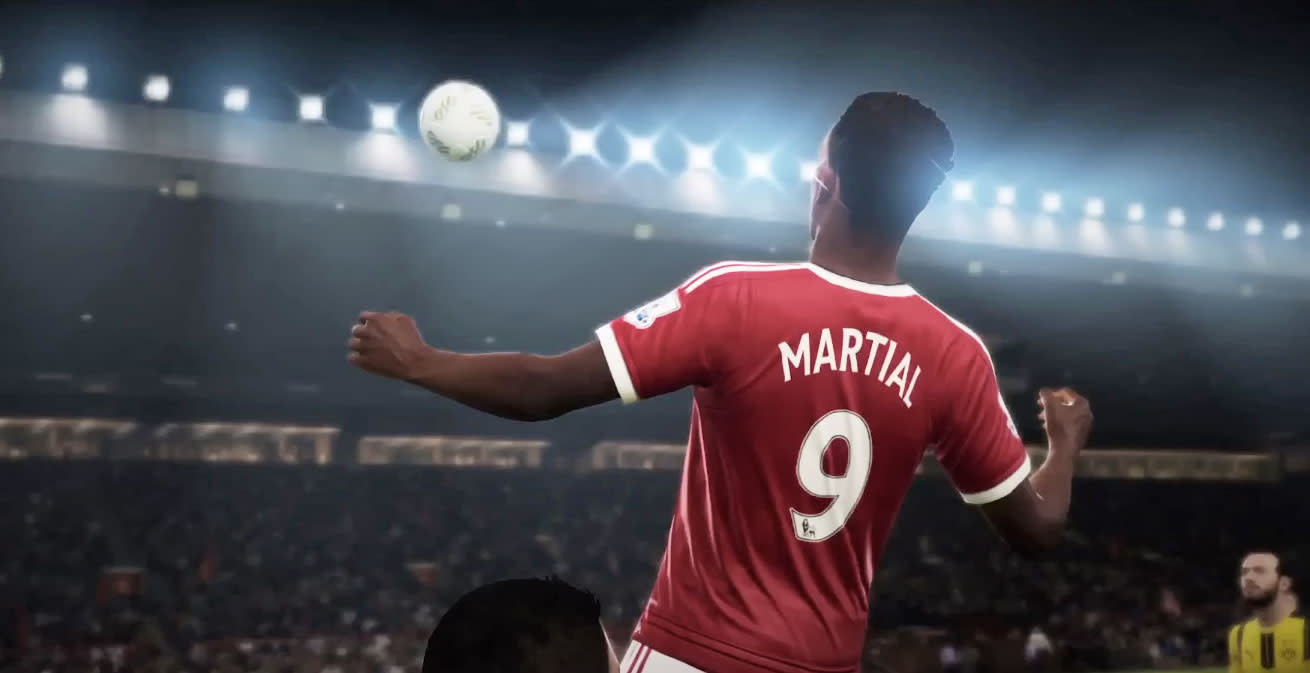 Game studios are getting a jump on the E3 news cycle and Electronic Arts is no different. Today, the company announced that FIFA 17, the next installment in its popular soccer franchise will arrive in September. What's more, the game will be powered by Frostbite, a move that VP and executive producer Dave Rutter says "unlocks a whole new world of possibilities." The studio used Frostbite on a sports title in last year's PGA Tour release after employing it on Battlefield and other games.

To ensure the gameplay is as realistic as possible, EA worked four world-class players to create the "innovation" that's set to be revealed during next week's E3. The group includes Real Madrid's James Rodriguez, Manchester United's Anthony Martial, Chelsea's Eden Hazard and Borussia Dortmund's Marco Reus. Those four are also available for an 8-match loan as part of the FIFA 17 Ultimate Team if you're willing to pre-order. The game arrives September 27th in North America with the global launch to follow two days after. When FIFA 17 is available, you can expect to play it on PS3, PS4, Xbox 360, Xbox One and PC. However, the Frostbite tech will only be used in the current-gen and PC versions.

In this article: av, e32016, ea, electronicarts, fifa, fifa17, football, frostbite, gaming, soccer
All products recommended by Engadget are selected by our editorial team, independent of our parent company. Some of our stories include affiliate links. If you buy something through one of these links, we may earn an affiliate commission.