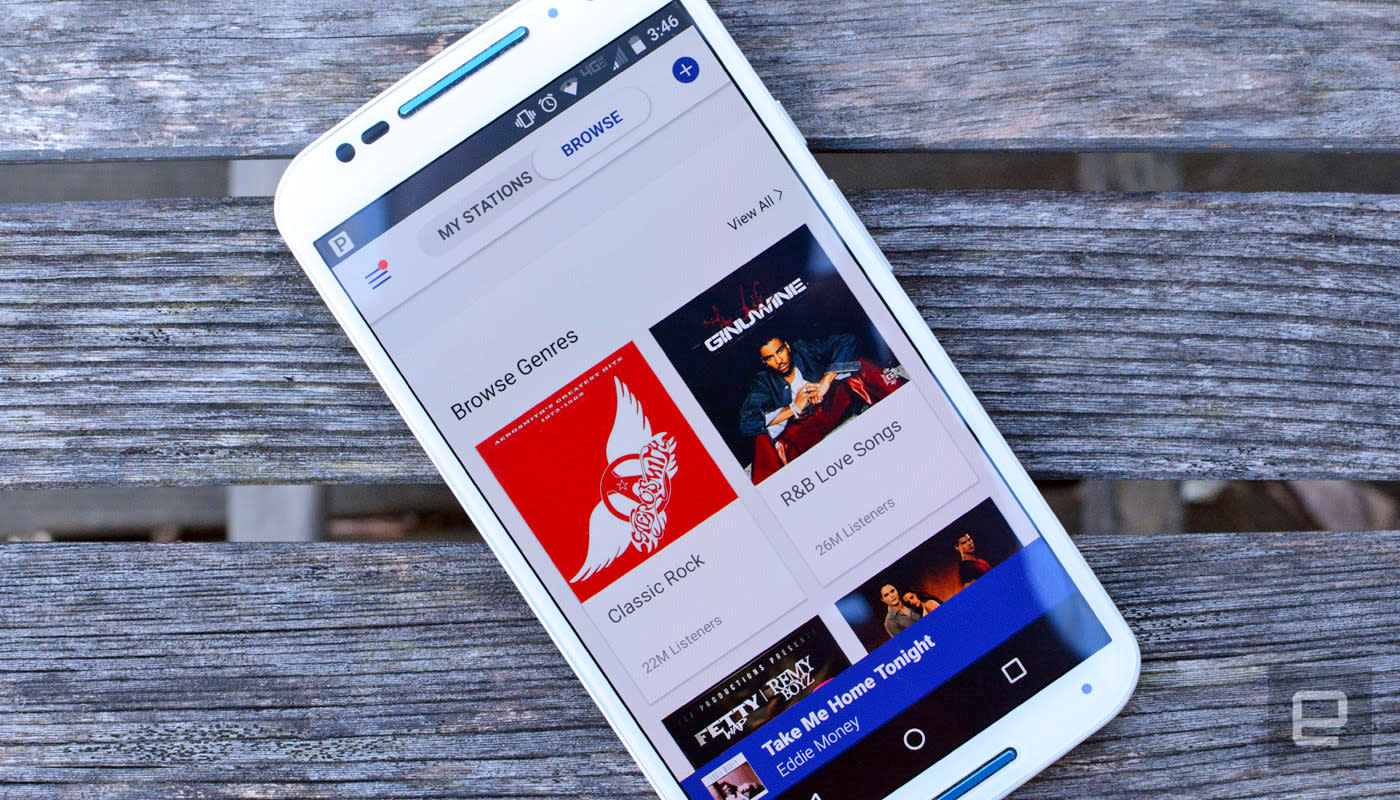 Reports of Pandora's possible sale or merger with another company were swirling when its founder Tim Westergren returned as CEO in March. In an interview at the Midem music industry conference in France over the weekend, Westergren addressed those rumors and provided some info on the upcoming subscription service. Spoiler alert: the company isn't for sale and doesn't plan on merging.

"We are on a path to do something big and something for the long term, and that's why I got back in the saddle," Westergren said. "So no plans for that."

Pandora nabbed what was left of Rdio after that streaming service filed for bankruptcy last year. When that move was made, it seemed pretty obvious that Pandora was planning an on-demand monthly subscription of its own. Westergren told Glassnote Records founder Daniel Glass during the interview that the upcoming service will take what the internet radio option knows about your listening habits and personalize the on-demand experience for each listener. In other words, don't expect to only get access to a library of millions of songs and that's it. The things Pandora is known for, like recommendations, will be a big part of what's coming.

"Our approach is going to be to take what we know about you to make it intuitive and personalized," he explained. "I think it will be a [benefit] to the industry in a way that nobody else can do, so we bought Rdio to do it."

Westergren also noted that in addition to the going rate of $10 a month, the plan is to offer "mid-level" features at a cheaper rate. "I think the big challenge is there's a small segment of the population that will pay the $120 per year, but we think there's a much bigger audience that will pay maybe something less," he said. There was no indication if this would be something like Hulu where TV streaming with some ads costs less than a pricier plan that's free of the interruptions.

Expanding the places where Pandora is available is also on the company's to-do list. Right now, only listeners in the US, Australia and New Zealand can employ the service, but that could change soon enough. Westergren said Pandora has "rank-ordered every country based on dozens and dozens of factors," but explained that the goal is to be eventually be everywhere. Perhaps that expansion will be part of the new service when it arrives.

In this article: audio, av, entertainment, music, musicstreaming, pandora, radio, services, streaming
All products recommended by Engadget are selected by our editorial team, independent of our parent company. Some of our stories include affiliate links. If you buy something through one of these links, we may earn an affiliate commission.