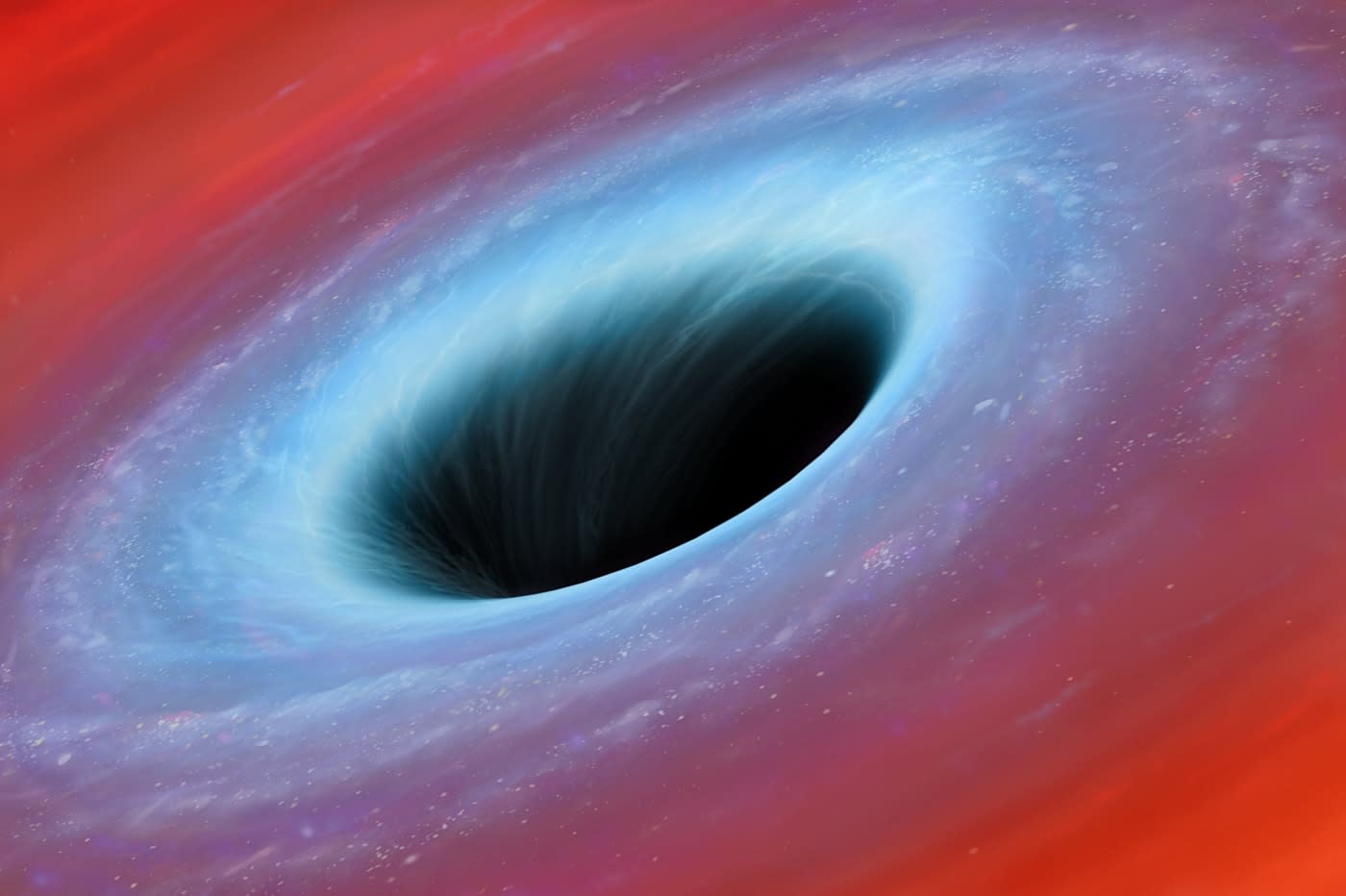 MIT grad student Katie Bouman and her team have developed an algorithm that could finally show us a photo of an actual black hole. See, all the black hole "photos" you've seen thus far, including the one above, are merely artist interpretations depicting what we think they look like. In order to capture, say, a picture of the supermassive black hole in the center of our own galaxy, we'll need an enormous telescope with a diameter almost as big as our planet. Since it's impossible to build something that massive, Bouman's algorithm called Continuous High-resolution Image Reconstruction using Patch priors or CHIRP stitches data gathered by the Event Horizon Telescope array.

The EHT array is made up of several radio telescopes from around the world that can penetrate through galactic dust. Astronomers treat them collectively as one large, Earth-sized telescope by combining the data they gather. Problem is, the telescopes don't receive data at the same time due to all the dust and dirt in outer space.

CHIRP can filter out all this atmospheric noise and fill out any missing data to create an image clearer than other algorithms can make. One of the study's authors, Michael Johnson, told PopSci that scientists might ultimately "be able to make movies of materials being eaten by a black hole" using the algorithm. For now, we'd settle for an actual picture of the phenomenon and see how close Interstellar's black hole is to the real thing.

In this article: algorithm, blackhole, EventHorizonTelescope, MIT, RadioTelescope, science, space, study
All products recommended by Engadget are selected by our editorial team, independent of our parent company. Some of our stories include affiliate links. If you buy something through one of these links, we may earn an affiliate commission.