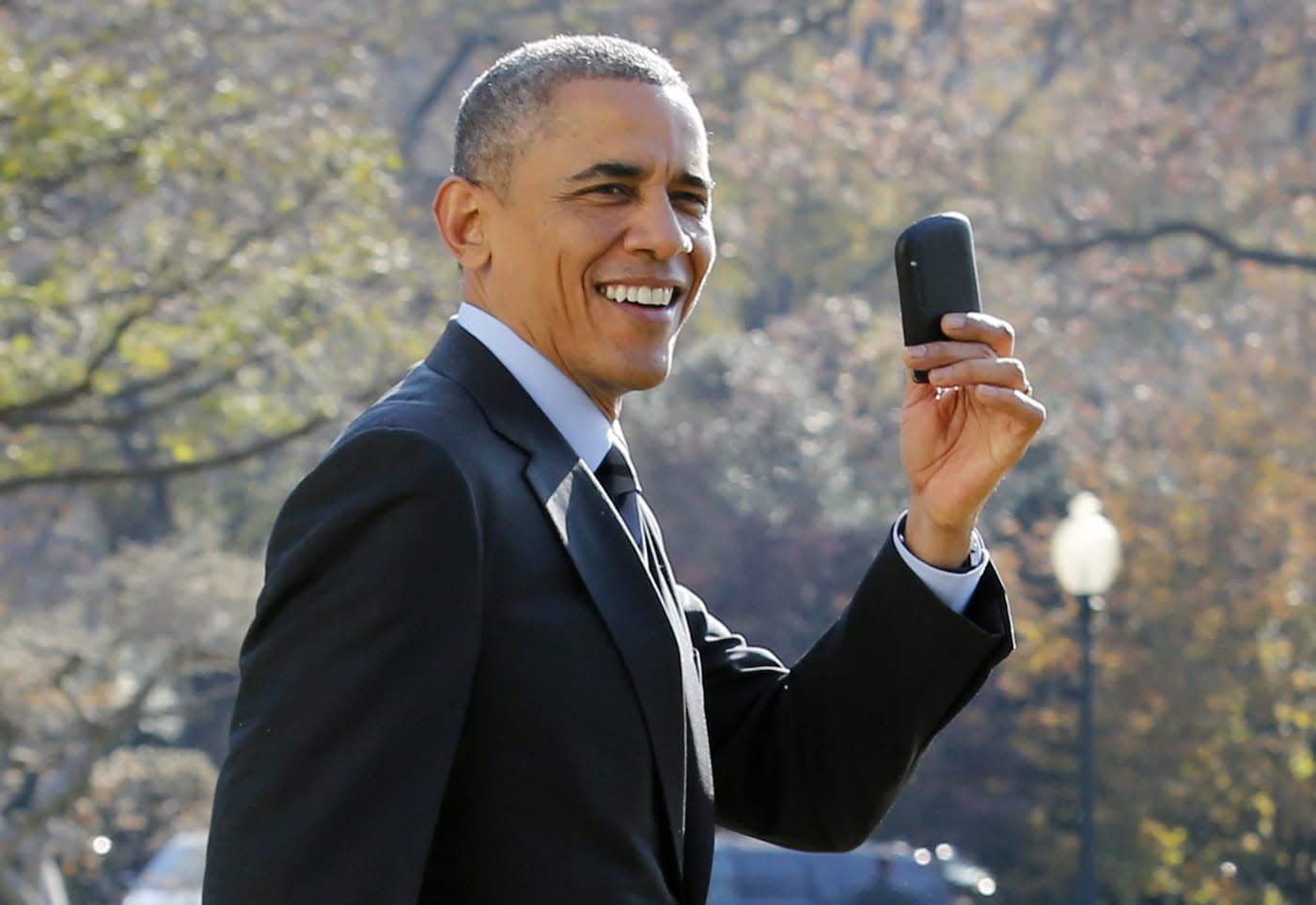 President Obama has had to use a BlackBerry since the moment he took office. However, he's finally moving on with less than a year left in his term. The Commander-in-Chief tells Tonight Show host Jimmy Fallon that he was given a new (and currently unnamed) smartphone this year to replace his increasingly rare BlackBerry. Not that there's much reason to celebrate. The President notes that his phone is so locked down "for security reasons" that he can't call, play music, send texts or take pictures. It's like one of those "play phones" you'd give to a 3-year-old, he says.

A switch wasn't entirely unexpected, especially when the White House has been considering a move like this for 2 years. While BlackBerry devices are still secure, they've been less and less of a mainstay in government. Android and iOS have enough available security measures (such as strict device policies and end-to-end message encryption) that they're usually up to the job, and sticking to BlackBerry's proprietary operating system might not be easy when app developers are leaving the platform. Even so, this is more than a little symbolic -- when one of the world's most important leaders is swapping devices, you know the mobile industry has moved on.

In this article: blackberry, culture, gear, mobile, obama, politics, president, presidentobama, smartphone, video
All products recommended by Engadget are selected by our editorial team, independent of our parent company. Some of our stories include affiliate links. If you buy something through one of these links, we may earn an affiliate commission.