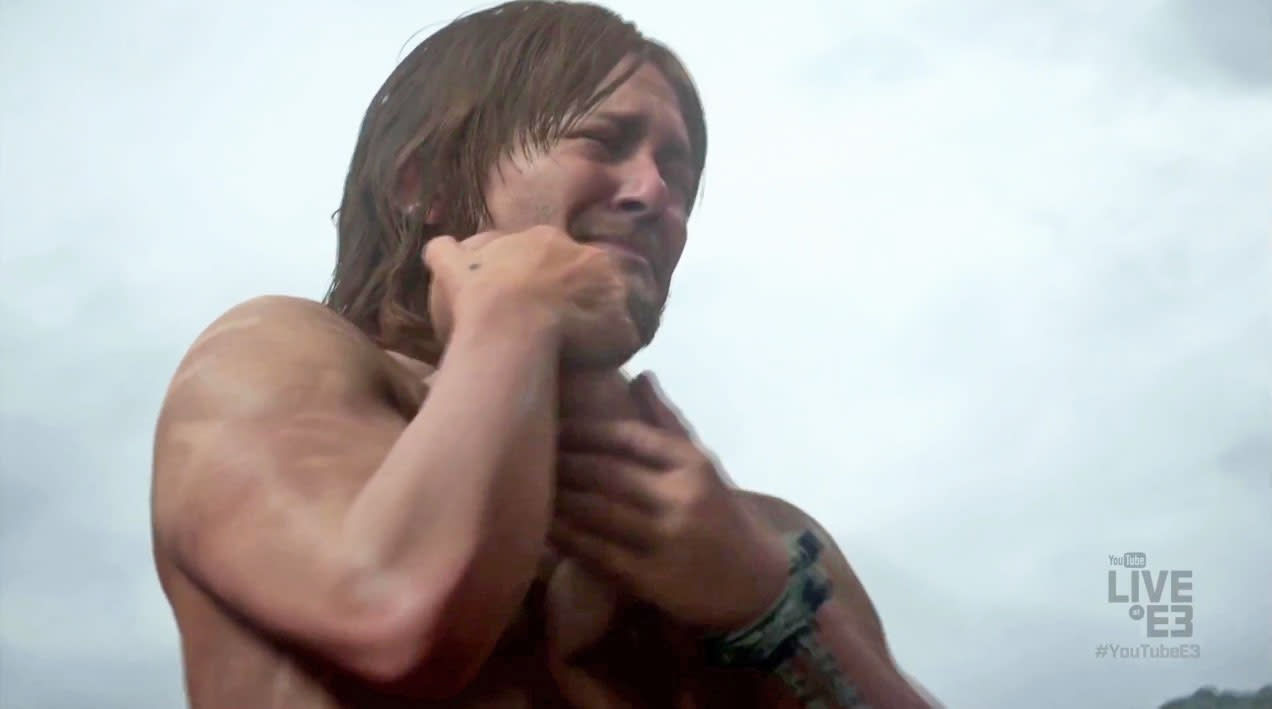 Hideo Kojima made a stunning entrance during Sony's E3 2016 press conference, showing off an enigmatic yet intriguing opening to a game titled Death Stranding. After the chilling Silent Hills, featuring Norman Reedus in the lead role, fell through, it's interesting to see what will become of this new partnership.

The latest from Kojima Productions, Death Stranding could potentially be a different project from the one Kojima has been touting, although that wasn't explicitly stated.

The footage shown during the conference revealed a crying Norman Reedus, overcome with grief, holding a newborn to his chest; it appeared the child had died. Soon after he discovered his hands stained with a black, ink-like substance.

Death, it appears, is this man's curse. Of course, knowing Kojima, the video was meant to be extremely enigmatic. Here's to hoping all becomes clear soon.

In this article: av, deathstranding, e32016, gaming, Kojima-Productions, NormanReedus, ps4, sony
All products recommended by Engadget are selected by our editorial team, independent of our parent company. Some of our stories include affiliate links. If you buy something through one of these links, we may earn an affiliate commission.