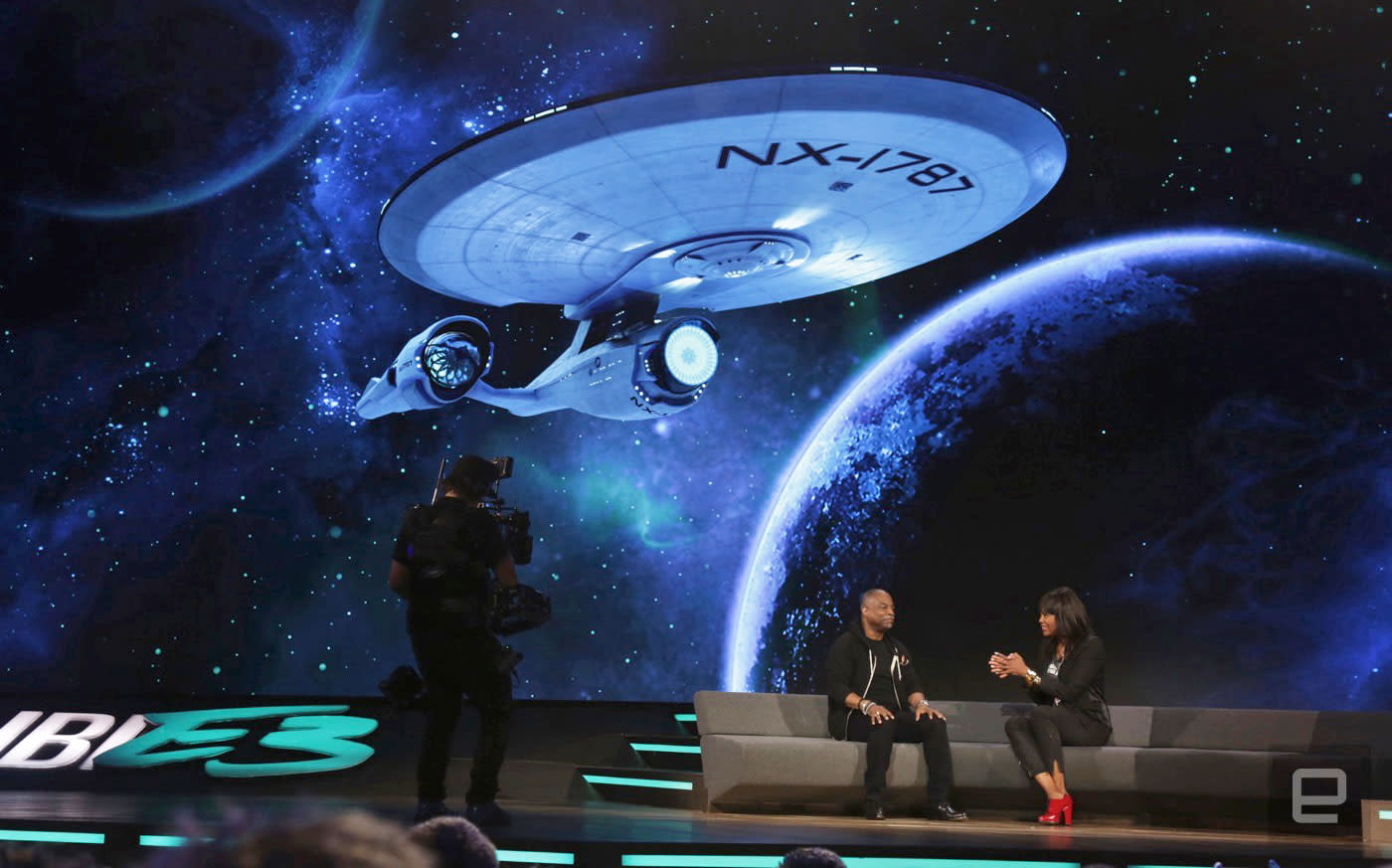 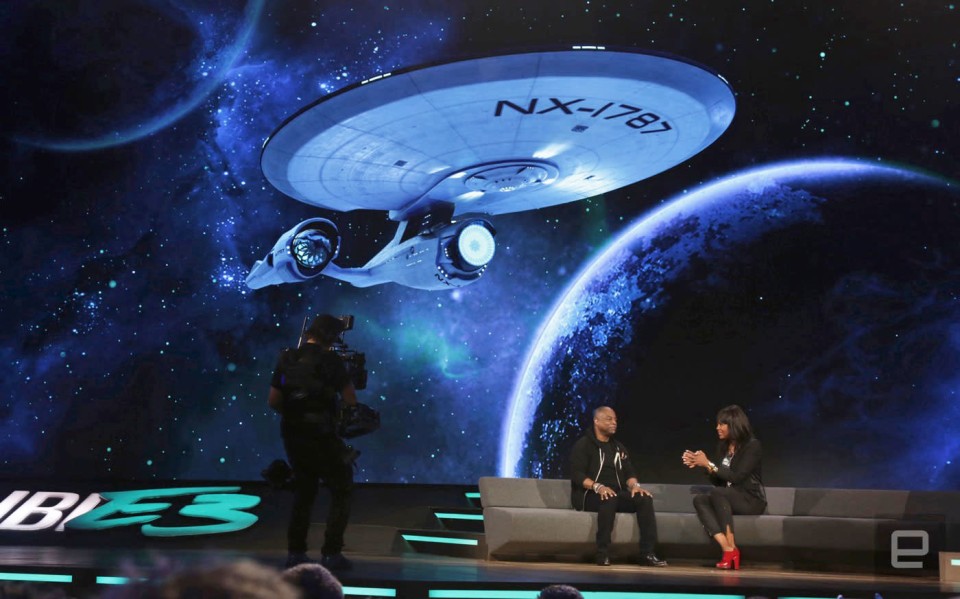 While the news leaked before Ubisoft's big E3 showcase, the games company brought together several Star Trek alumni (from all over the series) to play-test its debut VR title Star Trek Bridge Crew, which will be coming to Oculus, Vive and PS VR systems this fall. (Alas, no concrete date just yet.) The game involves collaborating with other players to ensure your starship runs smoothly and fight off enemies or simply escape from them. According to the teaser, a captain and tactical and engineering players will all work together, communicating what each person has to do, which looks like it could descend into cries of "Maximum warp!" and "Shields up!" -- but if LeVar Burton is in the room, then, heck, why not? Take a closer look after the break.

In this article: e3, e32016, gaming, levarburton, makeitso, shieldsup, space, startrek, startrekbridgecrew, ubisoft, video
All products recommended by Engadget are selected by our editorial team, independent of our parent company. Some of our stories include affiliate links. If you buy something through one of these links, we may earn an affiliate commission.