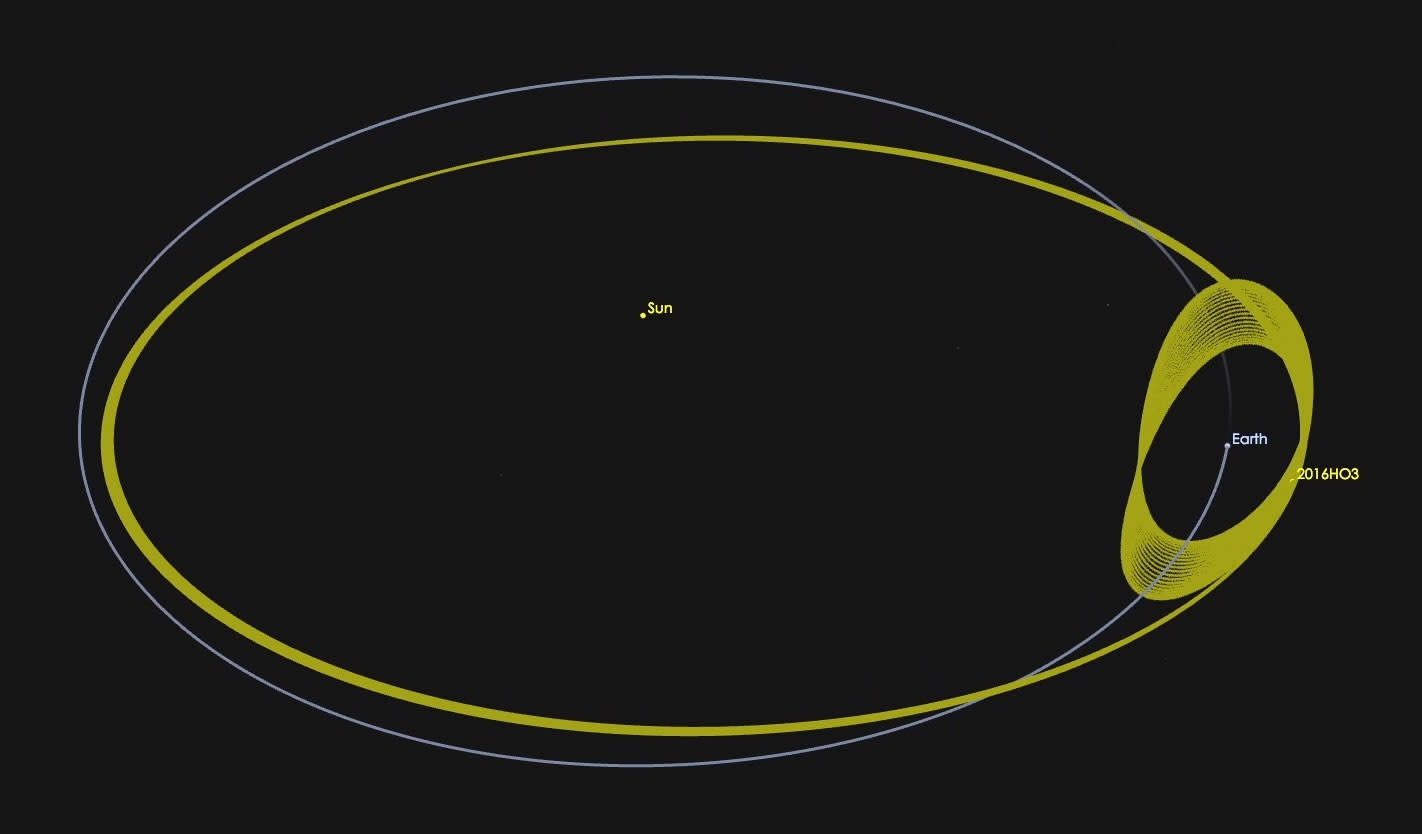 Earlier this year, the University of Hawaii's Institute for Astronomy and NASA's Planetary Defense Coordination Office spotted a new companion that follows the Earth on its yearly journey around the sun. According to the Center for Near-Earth Object Studies, the asteroid lovingly named "2016 HO3" is "too distant to be considered a true satellite, but it is the best and most stable example to date of a near-Earth companion, or 'quasi-satellite.'"

Unlike other quasi-satellites that have entered Earth's orbit, NASA calculates this one has been tagging along on our journey around the sun for "almost a century," and is expected to follow us around for centuries more before the forces of physics finally cause it to drift away from Earth. Until then, NASA explains, "this small asteroid is caught in a game of leap frog with Earth that will last for hundreds of years." Observe, the cosmic spirograph:

Earth's newly discovered little asteroid companion is only about 120 to 300 feet in diameter and it sometimes drifts a little further away from us, but the planet's gravity is strong enough to pull it back in. This shrinking and expanding orbit keeps 2016 HO3 moving between about 9 million miles from Earth to about 23.4 million miles from earth. (Or about 38 to 100 times the distance of the moon.) Luckily, NASA says there is no danger the asteroid could slam into the Earth, so there's no need to prep the nukes just yet. "In effect," said NASA's Near-Earth Object Studies manager Paul Chodas, "this small asteroid is caught in a little dance with Earth."

In this article: 2016ho3, asteroid, NASA, NasaJpl, planetarydefensecoordinationoffice, science, space
All products recommended by Engadget are selected by our editorial team, independent of our parent company. Some of our stories include affiliate links. If you buy something through one of these links, we may earn an affiliate commission.