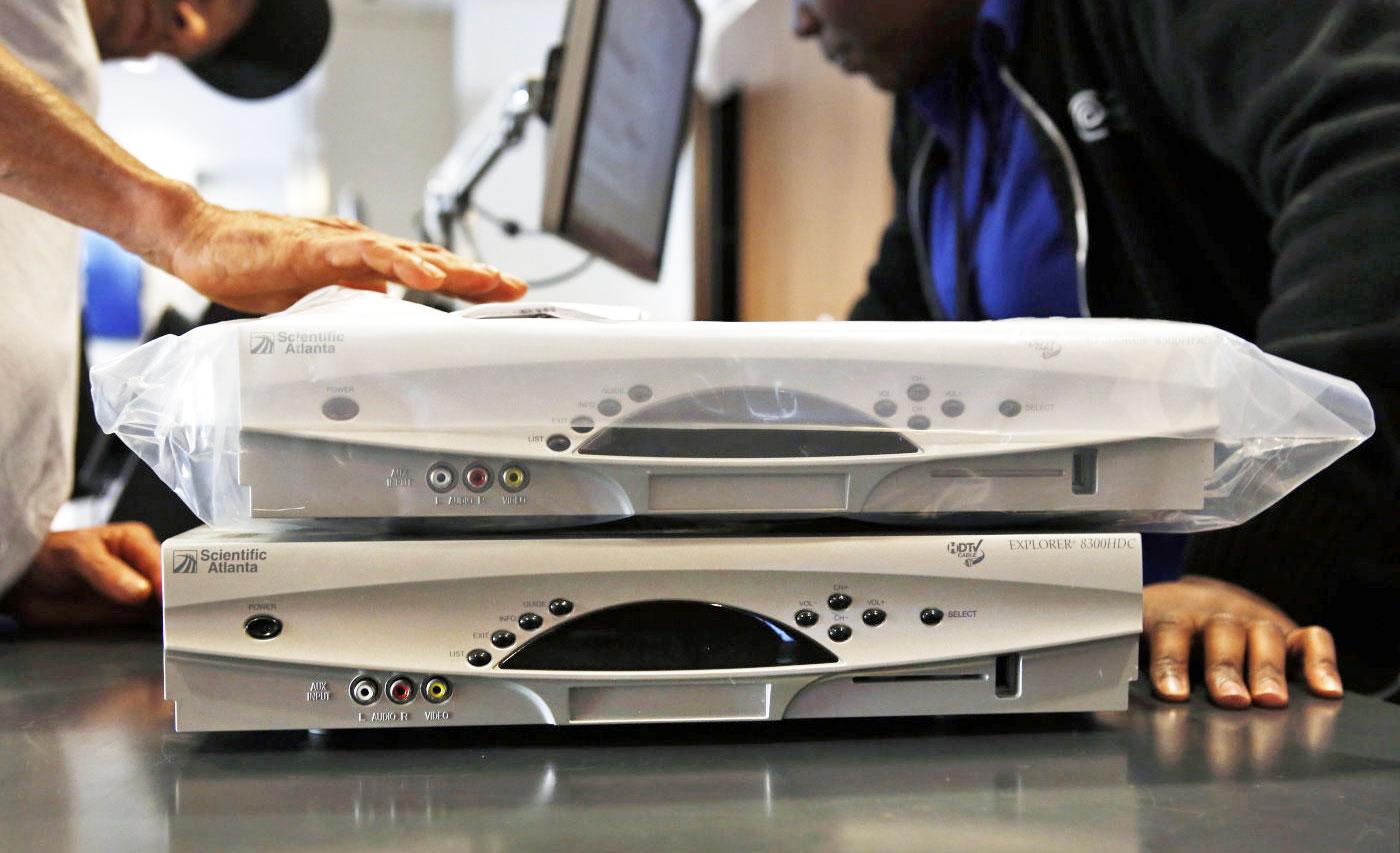 Earlier this year the FCC voted on a plan to fix crappy cable boxes. Dubbed "Unlock the Box," the plan would make cable companies open up their services for use on boxes made by other companies. Now, after a few months of complaining and poking holes in the FCC plan, the cable companies have a proposal of their own. Their offer consists of an "industry-wide commitment" to create HTML5-based apps for third party devices like phones, tablets and connected TV boxes. It was presented this week by representatives for the National Cable & Telecommunications Association (NCTA), AT&T/DirecTV, Comcast and others.

That way customers could watch TV without leasing equipment, while content providers would stay happy because things like DRM, advertising and channel lineups would remain consistent. The app will be provided free of charge to makers of these third party devices, and would work with universal search features, however viewing of the content would only be possible within the app itself. You can check out the framework of their offer in a letter here (PDF), and a spokesman for FCC chairman Tom Wheeler said he is waiting for more details to see if it meets all of the goals.

Of course, leaving the software in the cable industry's hands means there's no assurance the apps will be any good, which could put us right back in the same place. Also, it's a five year commitment (with the potential for renewal), with two years to roll the apps out. A group called INCOMPAS (that counts Google, Level 3, Netflix and TiVo among its members) issued a statement (PDF) in response saying the cable-backed plan is an attempt to "delay negotiations." The FCC's plan already has support from the president, but a compromise offer could make for easier going -- the only question now is if it will actually help consumers who haven't chosen to cut the cord.

In this article: apps, att, av, cablebox, Comcast, entertainment, FCC, google, HTML5, INCOMPAS, NCTA, Netflix, TiVo, TomWheeler, unlockthebox
All products recommended by Engadget are selected by our editorial team, independent of our parent company. Some of our stories include affiliate links. If you buy something through one of these links, we may earn an affiliate commission.