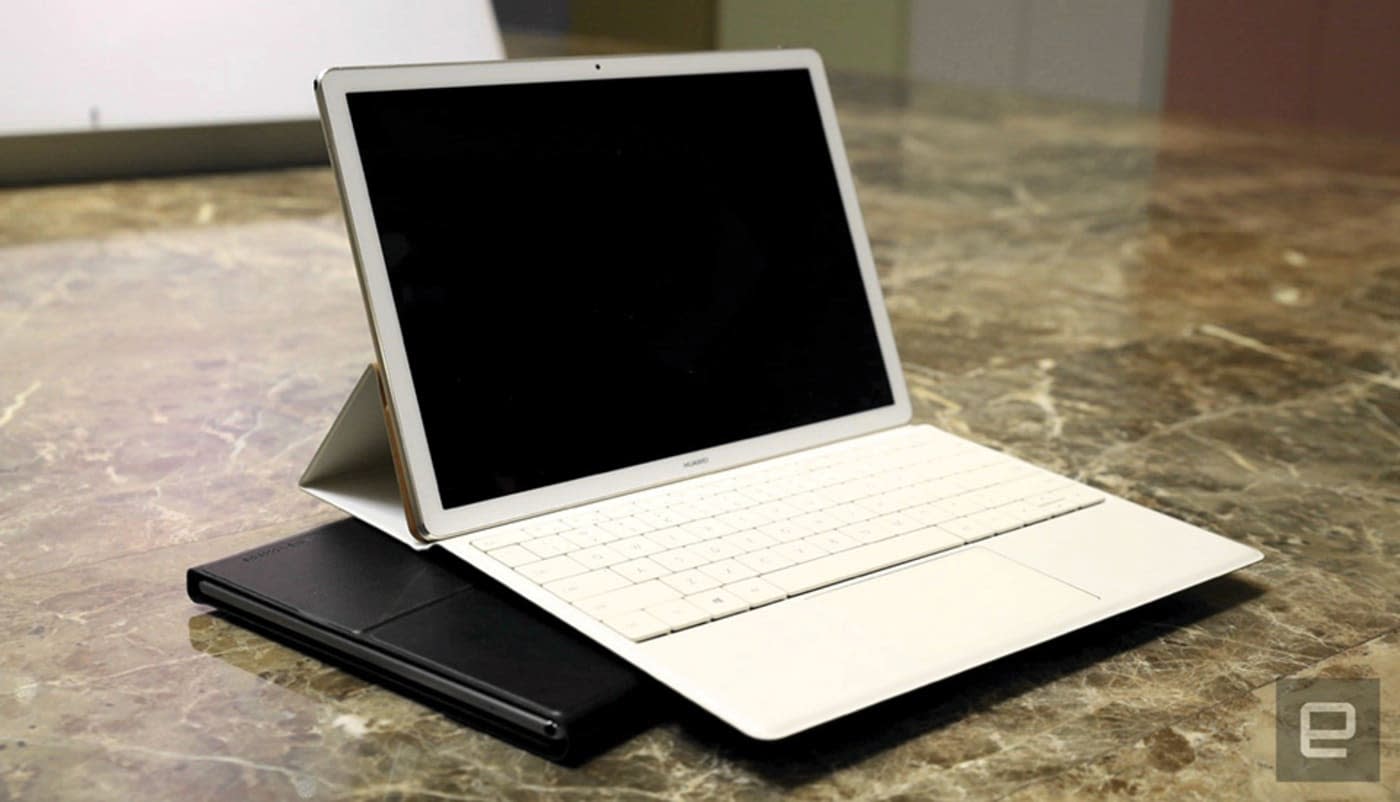 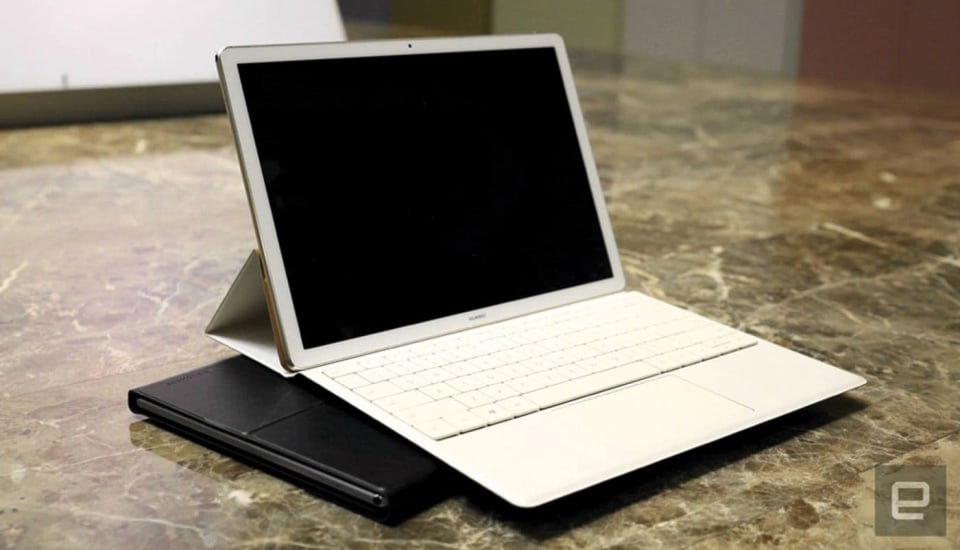 Huawei's Surface competitor, the Matebook, is headed to the US on July 11th starting at $699. Announced back at Mobile World Congress, it's a 12-inch laptop/tablet hybrid that weighs in at a mere 1.4 pounds and 6.9 millimeters thin. Huawei claims it's the lightest 12-inch tablet on the market. Even though it's a hybrid, the Matebook still counts as the company's first laptop. And as is usually the case with convertibles, there's a stylus pen accessory with Windows Ink support and 2,048 levels of pressure. While Huawei isn't exactly known for premium devices, the MateBook's aluminum unibody design shows that it's learned a lot from other high-end devices. It's also shipping with Windows 10 Signature Edition in the US, which means it'll offer a clean Windows experience without any junkware.

Unfortunately, Huawei learned the wrong lesson from Microsoft and is charging an additional $129 for the MateBook's keyboard. The Stylus will cost $59 and the MateDock, which includes two USB 3.0 ports, Ethernet, HDMI and VGA, will run you $89.

You can preorder a Matebook starting today from the Microsoft store, and it'll be available at other retailers on July 11. The base $699 MateBook comes with a Core M3 processor, 4GB of RAM and a 128GB SSD, and you can go all the way up to a Core M5 chip, 8GB of RAM and 512GB SSD for $1,199. 9
In this article: gadgetry, gadgets, gear, Huawei, MateBook, personal computing, personalcomputing
All products recommended by Engadget are selected by our editorial team, independent of our parent company. Some of our stories include affiliate links. If you buy something through one of these links, we may earn an affiliate commission.