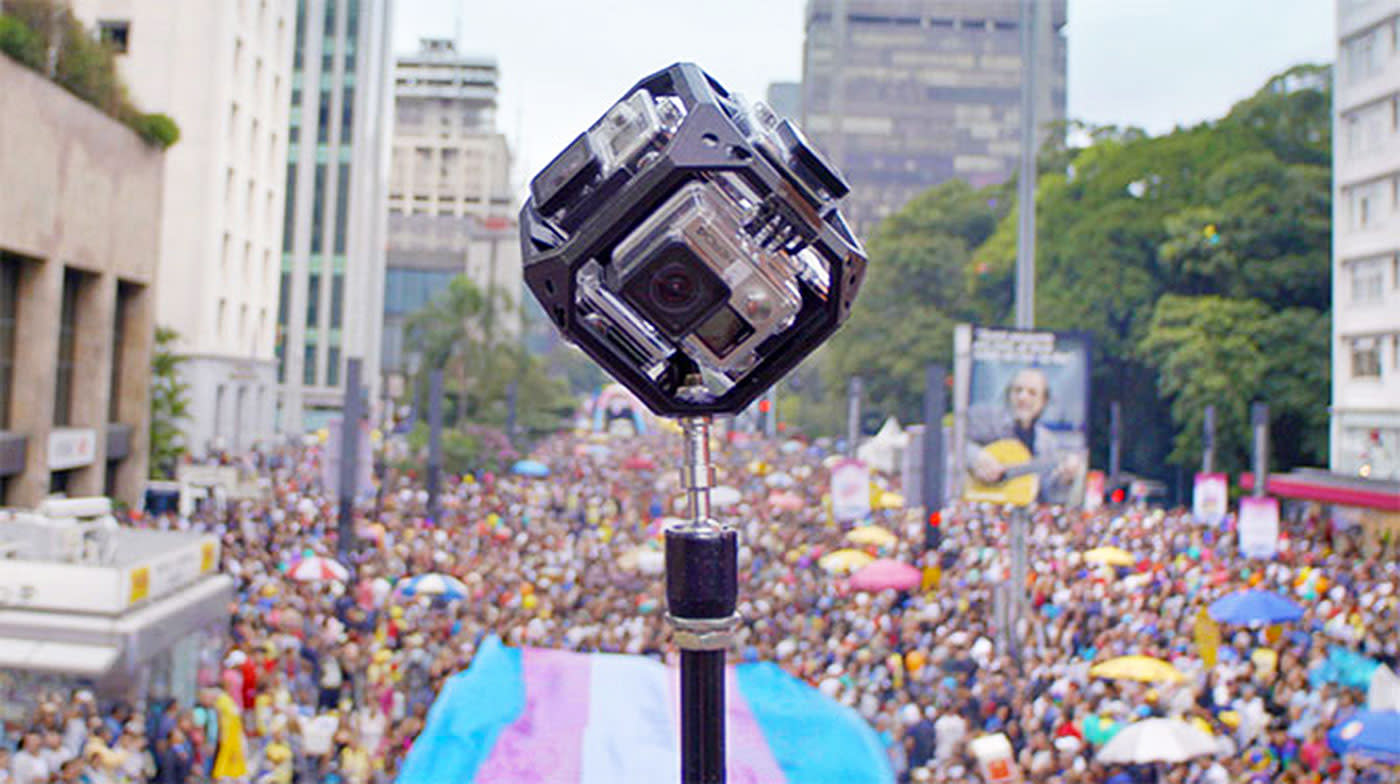 Google has launched a new project to bring Pride parades around the world to people who can't physically be there. The tech titan calls the initiative #prideforeveryone and deployed employees from 25 different countries to capture their local LGBTQ communities' festivities using a 360-degree camera. Arjan Dijk, Google's VP of growth marketing and executive sponsor of Gayglers (a group of LGBTQ employees within the company), told USA Today that what they were "aiming to do is bring [Pride's] sense of excitement and this sense of community to people who normally would not be able to get to do that."

A lot of people all over the globe can't attend Pride due to stringent anti-LGBTQ laws, while those in countries like the US don't attend out of fear of being ostracized by friends and family. According to a Pew Research Center study in 2013, more than half of the 1,197 adult LGBTQ individuals they surveyed have never gone to one. Dijk added that after the tragedy in Orlando, the message the company is trying to impart -- that people should be proud of who they are and who they love -- "is even more relevant."

You can access the Pride VR experience through a VR headset, including Google Cardboard. But if you don't have any, the YouTube video below works just fine -- simply drag the screen around to get a full 360-degree view of the scenes.

In this article: culture, google, internet, pride
All products recommended by Engadget are selected by our editorial team, independent of our parent company. Some of our stories include affiliate links. If you buy something through one of these links, we may earn an affiliate commission.