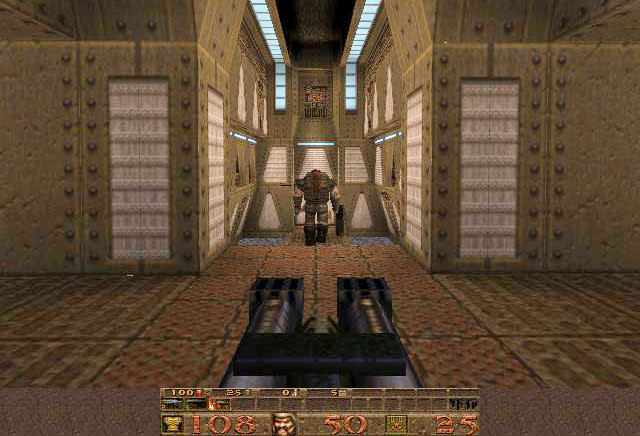 Quake fans have plenty of reasons to celebrate these days. Wolfenstein: The New Order developer MachineGames is championing id Software's classic first-person shooter's 20th anniversary and offering fans a little something special in return: A brand new episode of the game, downloadable for free.

MachineGames is serving up the special episode for free via zipped RAR file that you'll need to extract into a new folder named "dopa" into Quake's main directory. To run the episode, you'll need to start up a new single-player game and launch the executable "dopa" file in the same folder and tear it up from there!

Happy 20th to Quake @idsoftware! As a gift to the fans, we created a new episode of the game https://t.co/BTgju8tLuI pic.twitter.com/gHlxBgjcBU

If you've never played Quake before, now's a great time to get into it, especially as it's part of the Steam Summer Sale and can be nabbed for as little as $2.50. You'll have the benefit of a whole other episode to play.

In this article: av, gaming, machinegames, wolfenstein, wolfenstein-the-new-order
All products recommended by Engadget are selected by our editorial team, independent of our parent company. Some of our stories include affiliate links. If you buy something through one of these links, we may earn an affiliate commission.