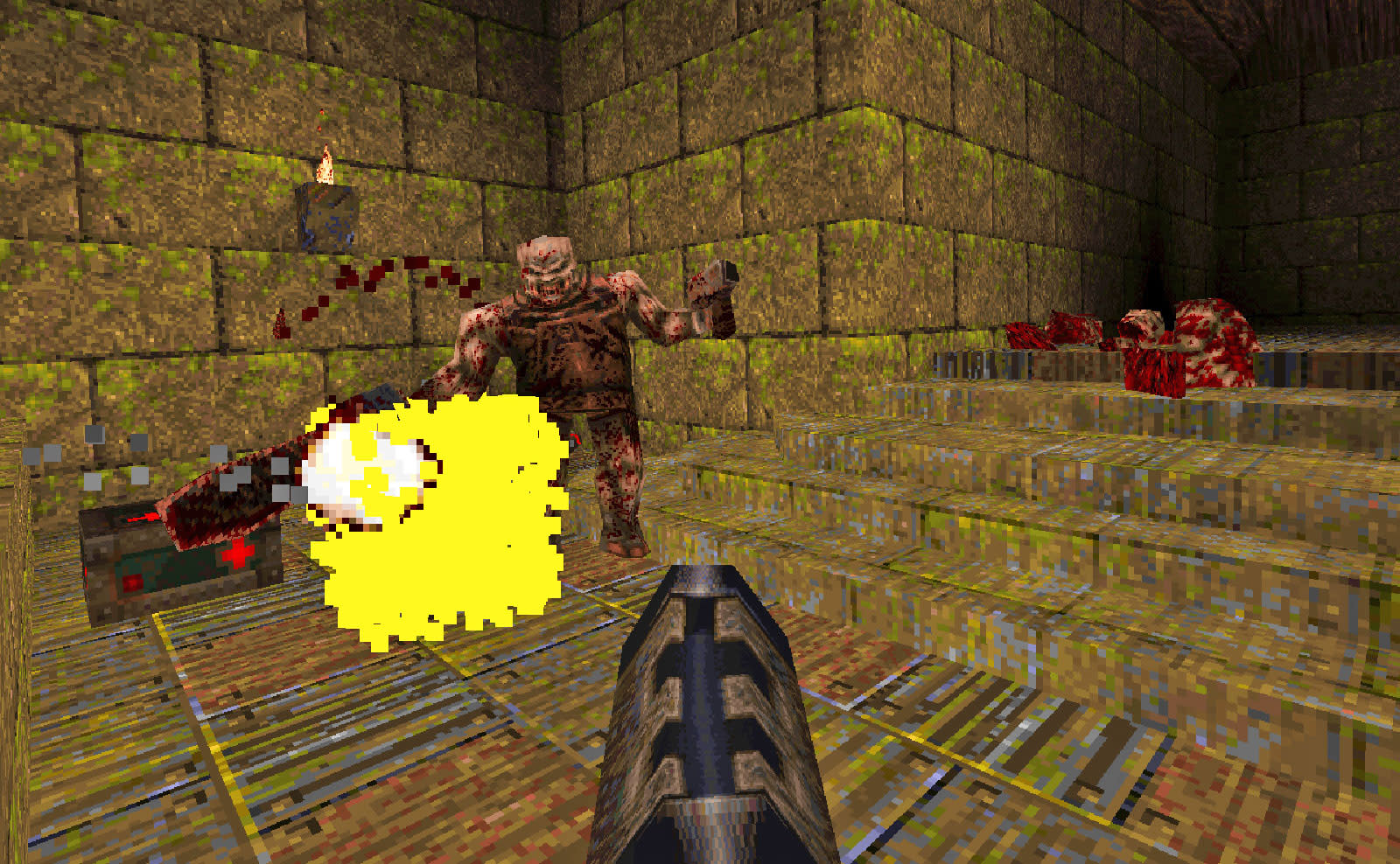 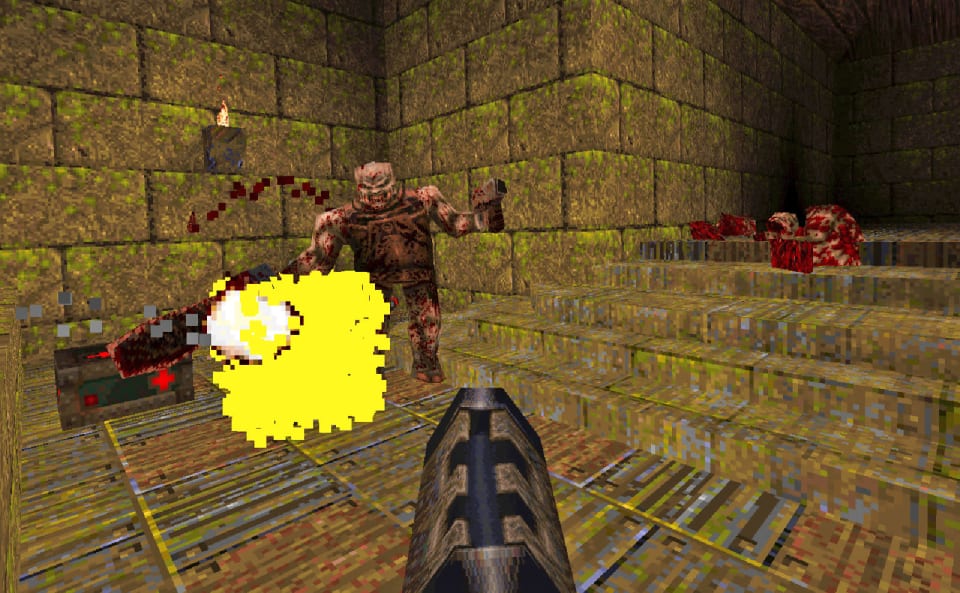 Attention gamers of a certain age: you're about to feel very, very old. June 22nd, 2016 marks the 20th anniversary of the original Quake, id Software's classic first-person shooter. It may not be quite as genre-defining as the Doom games that preceded it, but it was still considered revolutionary. For a start, it was presented entirely in 3D (with semi-realistic lighting, no less) at a time when most shooters had to make do with '2.5D' engines -- even the zero-gravity title Descent had some 2D. Quake was also one of the first games of its kind to be built with internet multiplayer in mind, not just local networks. And who can forget the eerie soundtrack from Nine Inch Nails' Trent Reznor?

As important as the game was when released in 1996, its long-term impact was arguably greater. Thanks in no small part to QuakeWorld (a version optimized for the slow internet connections of the time) and add-ons like Threewave CTF, online action gaming took off. Its extremely flexible code led to extremely popular mods like Team Fortress, which spawned stand-alone games that are still played today. Half-Life (and by extension, Valve) wouldn't be where it is without the underlying engine. Even the computer hardware industry owes a debt to Quake. After all, it was frequently the main reason why you bought an early 3D graphics accelerator. AMD and NVIDIA wouldn't be where they are now without people buying video cards to get some extra visual oomph out of GLQuake.

The Quake series doesn't have an active presence outside of Quake Live right now, but it's about to enjoy a revival thanks to the upcoming Quake Champions. Even if that falls flat, though, the game's influence will likely be felt for a long time. You can trace the basic controls and mechanics of many modern first-person shooters back to id's pioneering work, and it popularized certain parts of the modern gaming lingo (such as frags and spawn camping). Whenever you shotgun someone in Call of Duty, you're showing Quake some gratitude.

In this article: games, gaming, history, idsoftware, nostalgia, personal computing, personalcomputing, quake, video, videogames
All products recommended by Engadget are selected by our editorial team, independent of our parent company. Some of our stories include affiliate links. If you buy something through one of these links, we may earn an affiliate commission.