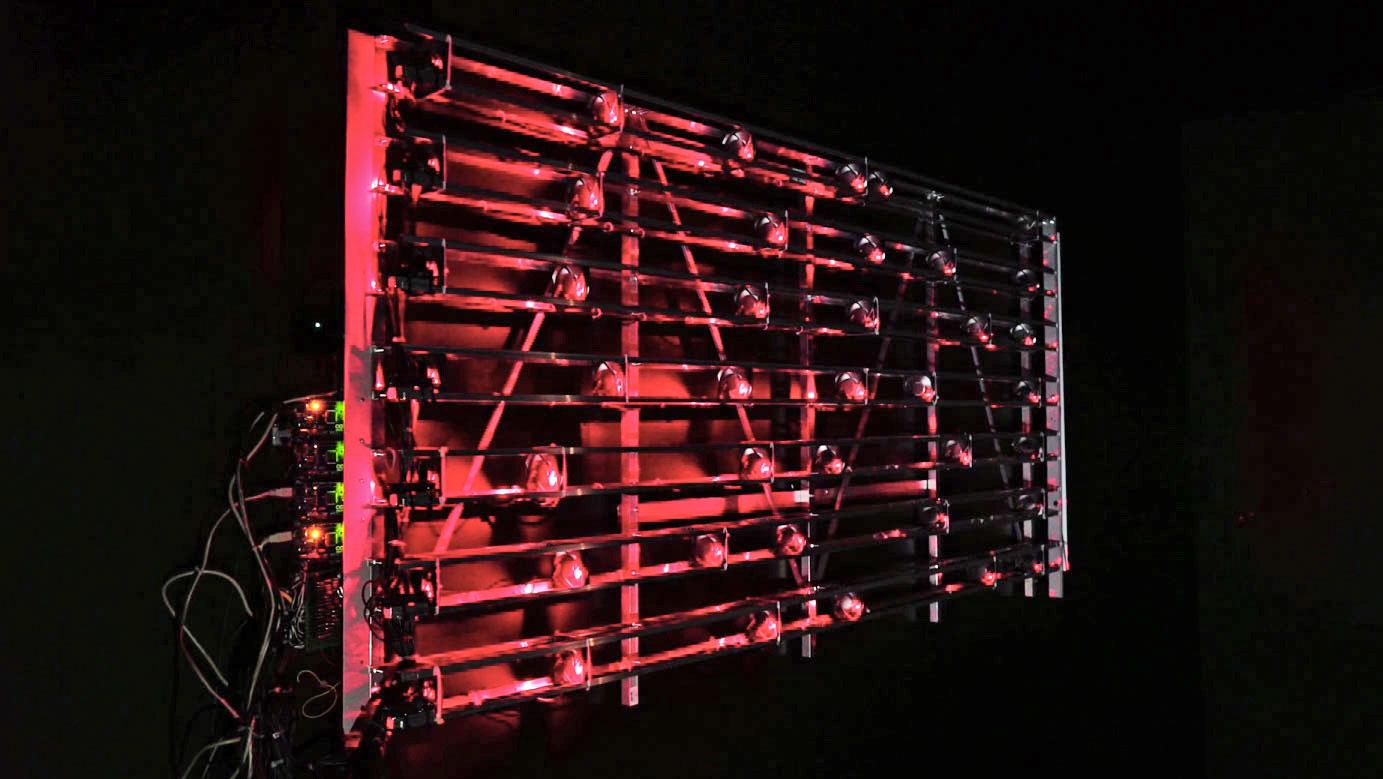 We're big fans of homemade instruments, synthesizers and other noise makers here at Engadget. Russian artist Vtol created a massive laser-powered drum machine installation as part of Earth Lab, a joint project between the Polytechnic Museum Moscow and Ars Electronica Linz. Vtol describes the huge instrument as "an autonomous light-music installation," and it's certainly provides a neat visual to complement its noise making. The setup is officially called "Divider" and it uses seven lasers that pass through fans to send a light signal for generating sound. The laser beams are altered by high-speed fans with a photo sensor on the end monitoring the presence or absence of light.

The lasers serve a "independent binary variables" that offer the basis for all the sounds from the machine. Fans can each spin at variable speeds, which creates the range of different noises due to the modulation of the light rays. The inspiration for "Divider" came from the Rhythmicon, an instrument created by Russian inventor Léon Theremin in the 1930s. It was basically the first drum machine, creating sound with rotating discs that broke up light rays that were detected by optical sensors. Don't take our word for it though, watch the demo of Vtol's installation in the video below.

In this article: art, culture, divider, diy, do it yourself, doityourself, drummachine, installation, instrument, laser, vtol
All products recommended by Engadget are selected by our editorial team, independent of our parent company. Some of our stories include affiliate links. If you buy something through one of these links, we may earn an affiliate commission.