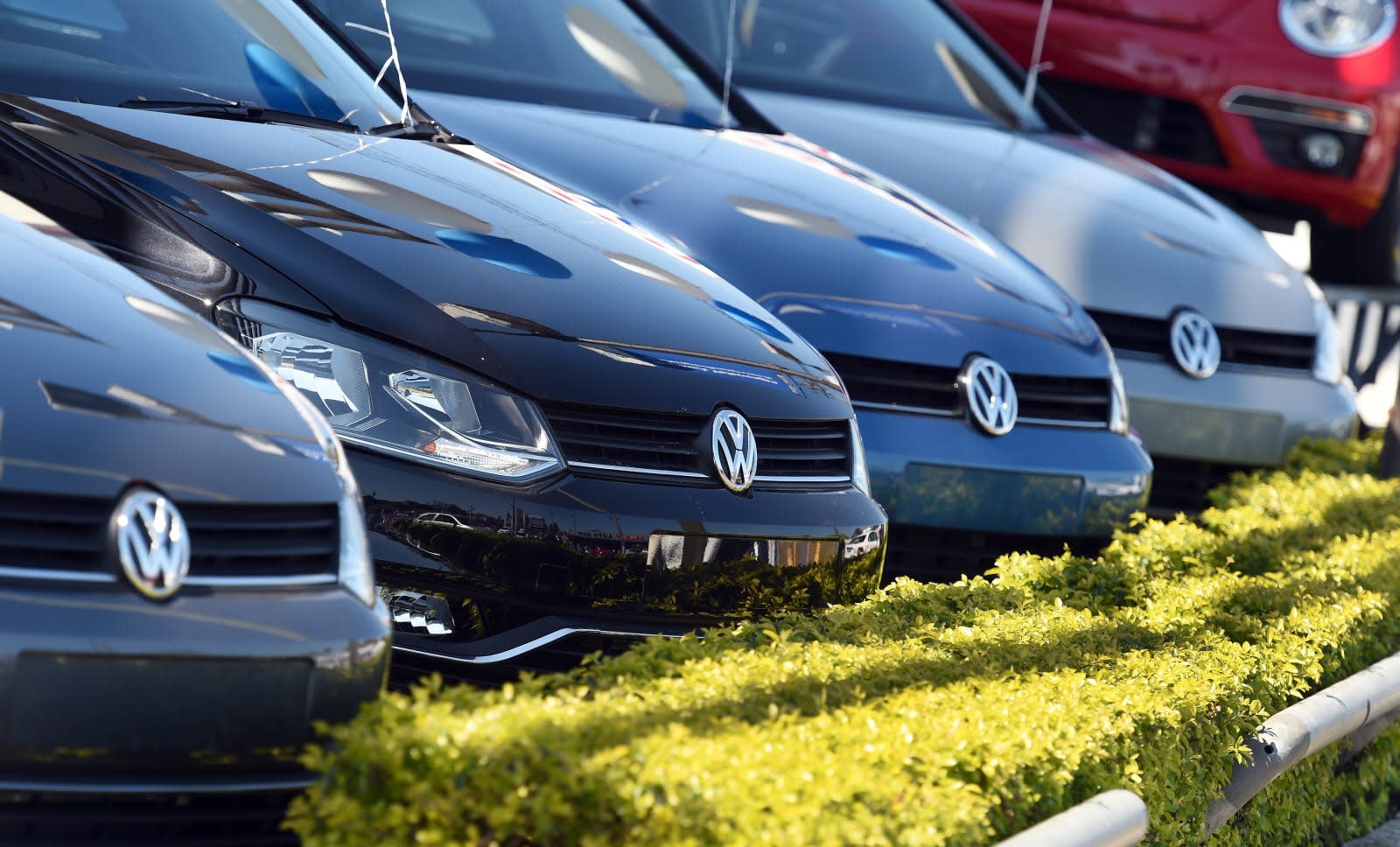 After news of a settlement broke yesterday, Volkswagen's diesel emissions scandal settlement will indeed hit $15 billion in the US. The official paperwork was filed with the Justice Department today, the automaker will shell out $14.7 billion in two separate settlements -- one with the United States and the state of California and another with the Federal Trade Commission. Figures have continued to rise since the initial reports of $5,000 per vehicle in April rose to $10,000 each. That money, which totals just over $10 billion, will be used to buy back affected vehicles at their pre-cheating scandal price. The actual payouts will range from $5,100 to $10,000 plus the value of the car before news of the emissions test first broke.

For former owners who sold their cars after news of the scandal broke, VW will offer half the rate that it's set to shell out to folks who still have one of its vehicles in their driveway. $2.7 billion will be dedicated to an EPA fund to projects that will offset the environmental impact that its faulty emissions testing caused. $2 billion will be used for the company's own clean driving projects, including infrastructure and education. The automaker estimated back in April that the total cost of resolving the issue would hit $18.2 billion.

Volkswagen still faces settlements with 44 individual states, the District of Columbia and Puerto Rico. Reuters sources claim that the total from those cases could hit $600 million. Reuters notes that if owners opt to have their vehicles repaired rather than selling them back to the company, the actual amount VW stands to pay could be less than these reported figures. The EPA still has to approve Volkwagen's repair plans, so owners who want to keep their cars will have to wait a while to get them fixed.

During a press conference announcing the settlement, the DOJ offered the reminder that this is just the beginning of resolving the wrong doing by Volkswagen. There are still pending civil and possible criminal charges the automaker faces as part of putting 500,000 model year 2009-2015 2.0 liter diesel vehicles that emitted NOx gas at 40 times the EPA-compliant levels. Today's settlement also doesn't include 3.0 liter cars that are also included in the scandal.

"While this announcement is an important step forward, let me be clear, it is by no means the last. We will continue to follow the facts wherever they go," said Deputy Attorney General Sally Q. Yates. If you thought this was the last you'd hear about the VW, there's likely more news to come.

In this article: business, emissions, emissionsscandal, gear, scandal, settlement, transportation, us, volkswagen, vw
All products recommended by Engadget are selected by our editorial team, independent of our parent company. Some of our stories include affiliate links. If you buy something through one of these links, we may earn an affiliate commission.